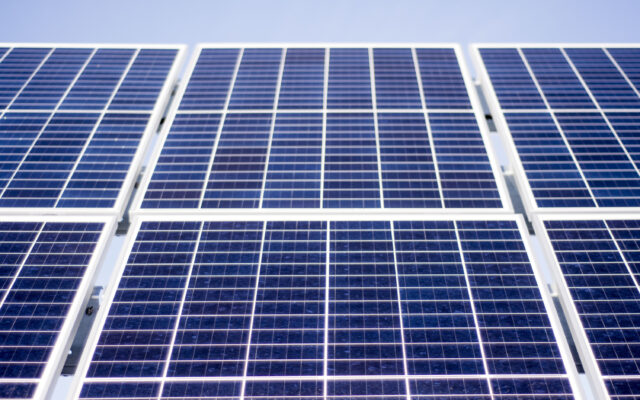 Hannah Catlin • August 22, 2021
Madawaska is being courted by two solar companies looking to provide energy to the town’s buildings in the coming decades.

MADAWASKA, Maine — Madawaska is being courted by two solar companies looking to provide energy to the town’s buildings in the coming decades.

Engie and Novel Energy Solutions are both beginning construction on large, four-megawatt solar farms in the St. John Valley this fall. Engie will install its array in Saint David, Madawaska, and Novel in Frenchville.

On Aug. 24, both companies are expected to pitch the Madawaska Board of Selectmen their services in an open meeting, and the board will be able to choose between solar projects.

Gov. Janet Mills passed legislation in 2019  that has led to a boom in community solar projects in the past several years. Madawaska would become just the next in a line of Maine towns switching to solar energy.

The Frenchville Board of Selectmen voted Tuesday to buy energy for the town’s buildings from Novel. Limestone water district runs on renewable energy, Hope and Windham are two towns currently running partially on solar, and a solar array in Skowhegan provides energy to five other Maine communities.

“You think about solar — it’s kind of a no-brainer,” Madawaska town manager Gary Picard said. “No doubt solar is going to be a major producer of energy in the coming years.”

Switching to solar will likely mean reduced expenditures on electricity for the town, as incentives from the state to promote solar development have allowed renewable energy companies to provide a discount on energy bills. Novel offers a 15 percent discount, for example.

“Now you have that money available to fund something else you couldn’t fund,” Cyr said.

But studies from the Public Utilities Commission show that the massive influx of solar energy will lead to statewide hikes in electrical costs. Last fall, the PUC estimated that if all the proposed solar projects in the state came online, it could cost electrical consumers a collective $160 million.

In recent months, the state has worked to try to curtail incoming solar projects by restricting the size of new projects, to avoid more energy flooding the grid — but this too could raise rates. These increases will not be concentrated around towns that switch to solar, but rather spread evenly throughout the grid.

For towns who do have the option to go with solar, buying from renewable sources means that however the market rate for electricity changes, their expenses will remain discounted.

“The sooner you get on with a subscription, the faster you’re going to be saving on your bills,” Novel subscription sales manager Connor McCarthy said.

Maine’s longest serving legislator, Martin was first elected to the Maine House of Representatives in 1964 when he was 23.
Our Sponsors END_OF_DOCUMENT_TOKEN_TO_BE_REPLACED