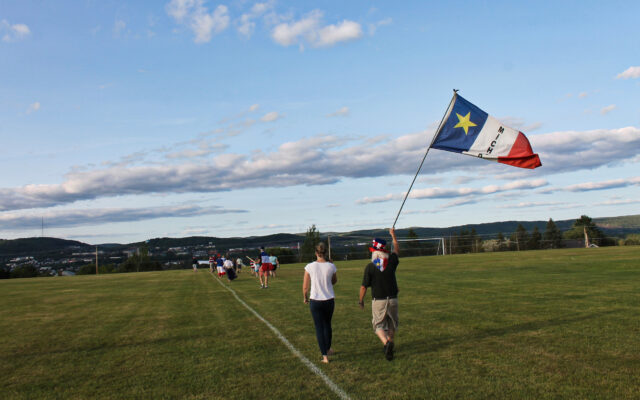 Hannah Catlin • August 16, 2021
The four-day Acadian Festival drew dozens of festival-goers to Madawaska from out of town and out of state to celebrate Acadian traditions, history and families. From food and music to crafts and photography, the unique French culture of Maine’s northernmost outpost was on full display.

MADAWASKA, Maine — The Acadian Festival made its return to the St. John Valley over the weekend after COVID-19 safety restrictions made the event impossible in 2020.

The four-day celebration drew dozens of festival-goers to Madawaska from out of town and out of state to celebrate Acadian traditions, history and families. From food and music to crafts and photography, the unique French culture of Maine’s northernmost outpost was on full display.

After a handful of events on Thursday and Friday afternoons, the Acadian Festival kicked off in earnest on Friday night, when the town shut down Main Street for live bands, a reptile wrangler, puppeteers, a cornhole competition and other games and attractions.

Reunions were abounding during the party, with people greeting friends they hadn’t seen for nearly two years with gleeful shouts and hugs.

Bev Madore and her daughter Kim were huddled with friends to the side of the poutine eating contest. Kim Madore traveled from Lewiston to be with her mother for the festival — a tradition they missed out on last year.

“This year’s even more special,” Bev Madore said. “I think it’s wonderful. I think it’s a breath of fresh air for everybody.” 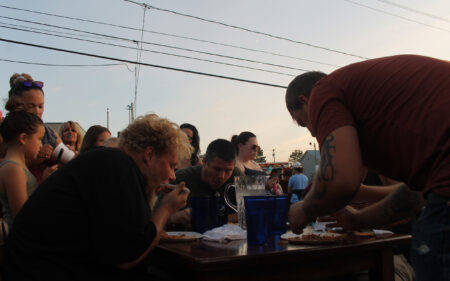 Three finalists chow down in the last round of the poutine eating contest. (From left) Dakota Albert, Dennis Bourgoin, Kurtis Dubois and Jacob Stroud. Stroud would go on to win the contest. (Hannah Catlin | St. John Valley Times)

The poutine eating contest was a competitive, three-bracket affair with leagues for kids, teens and adults. Adults were tasked with finishing two, 2.5-pound plates of poutine, gravy and all — an assignment that proved to overwhelm the majority of competitors, leaving champion Jacob Stroud of Fort Kent victorious by forfeit.

Music flooded Madawaska’s downtown for hours after the other attractions had packed up — the sounds of last decade’s club pop hits at the downtown “teen dance” blended dissonantly into the pop-rock stylings of ensemble band Star City Syndicate.

At the latter performance, couples broke out into swing dance and a dozen audience members rallied for a line dance at the front of the audience.

Throughout the weekend, the festival juggled classic summertime American carnival fare — bouncy houses, face painting, parades — with a celebration of the Acadian culture unique to the region. During the rainy afternoon on Saturday, artisans showing off Acadian crafts gave demonstrations inside the Multi Purpose Center.

Grandfather-granddaughter duo Tom Cote and Kennedy Bencivenga were displaying their wood-carved art — which they use hand tools and traditional techniques to create. Cote is part of a long line of Acadian woodworkers, having learned the artform from his mother, and was proud to share the tradition with his own granddaughter. 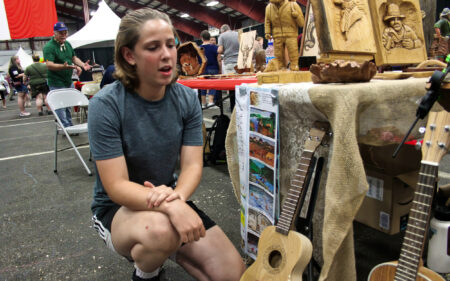 On top of enjoying the craft on its own, Bencivenga said she felt a certain additional responsibility to carry on the family tradition.

“It is pretty neat,” she said. “I like being part of the tradition — it’s not really around anymore.”

While the Acadian culture shares roots with French-Canadian and Cajun cultures, it is distinct in its own right, and the everyday people of the St. John Valley are stewards of that history.

In front of a display of black and white photographs of Madawaska’s downtown, locals swapped stories about the old buildings and people that used to make up the town. Amateur part-time historian Liz Morneault collected the photographs and was displaying just a small fraction of her collection.

Some of the photographs were taken by Morneault’s grandfather, who ran Daigle Funeral Home during the 20th century. Collecting more photographs has helped Morneault to feel closer to her family history, and she said she enjoyed sharing the memories with the people who visited her booth.

“It just blesses my heart,” she said. “What I do know I love to share.” 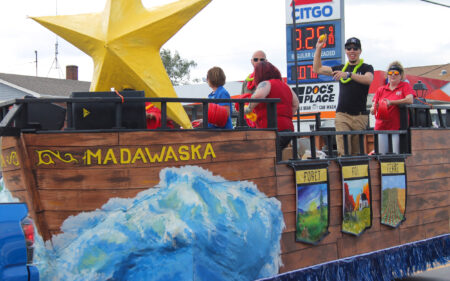 After a traditional downtown parade Sunday afternoon, the Festival closed out with one final salute to the Acadian tradition — a Tintamarre parade near the Multi Purpose Center. Translating literally to “clangour” or “din,” the tintamarre is a show of solidarity in honor of the official Acadian Day of Aug. 15.

Dressed in the banner of the Acadian Flag — red white and blue bars with gold stars — families and kids marched around the baseball field clanging pots and pans, blowing on noisemakers, and cheering.

High pressure to the east and and trough to the west will place the region in an area of southerly flow today, which will draw increasingly moist air into the region.
Our Sponsors END_OF_DOCUMENT_TOKEN_TO_BE_REPLACED