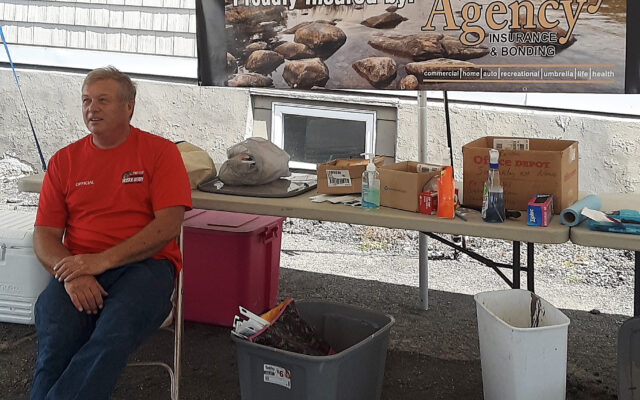 Ryan Bechtold’s 38.5-inch,  13.51 pound muskie topped the leaderboard Friday morning, although Cyr said that with the minimum length requirement of 38 inches to qualify, Bechtold’s fish will likely not remain in first place for long.

“It will probably get kicked off the leaderboard on Saturday, but right now it’s worth $2,000,” Cyr said. “He was smiling when he left here.”

The annual fishing tournament, held in conjunction with the Greater Fort Kent Area Chamber of Commerce’s Ploye Festival, kicked off at dawn Friday morning and will continue until 5 p.m. Sunday evening.

The St. John River and all tributaries of the river are open to fishing during the derby.

Cyr said he knew before this year’s derby began that it was going to be a good one.

“I’ve seen a lot of boats around town in the past few days,” Cyr said. “It’s been busy in the sporting goods stores and traffic has been flowing.”

The fact that the town of Madawaska, located about 20 miles east of Fort Kent, is holding its annual Acadian Festival also this weekend does not detract from the muskie derby, Cyr said.

“I don’t mind,” Cyr said. “It just brings more people to the area. The intent of the derby from day one has been to improve the economy of Fort Kent and the St. John Valley community in the summer months.”

“I’ve heard businesses say muskie derby weekend is their busiest weekend of the entire summer; that was our goal,” Cyr said.

The derby draw of visitors to the area also helps non profit organizations such as the Fort Kent Rotary Club, which hosts a food tent near the Main Street location of the fort Kent weigh station near UP North Outdoors, a major derby sponsor.

The Rotary Club sells hamburgers, hot dogs and strawberry shortcakes to raise money for college scholarships for local high school students. There is also a leaderboard for biggest bass caught during the tournament, with a first place prize of $500.

As of early Friday afternoon, angler Dan Jalbert topped that leaderboard with a 16 ⅝-inch bass weighing in at 2.24 pounds.

Cyr said that fish will also likely be outdone.

“The St. John River is one of the best bass fisheries in the state of Maine,” Cyr said.  “It’s not uncommon to catch a 21-inch smallmouth bass. If people from the southern states knew this, we would see a heck of a lot more fisherman up here buying boats and camps.”

An awards ceremony will follow the tournament at UP North Outdoors on Sunday evening. 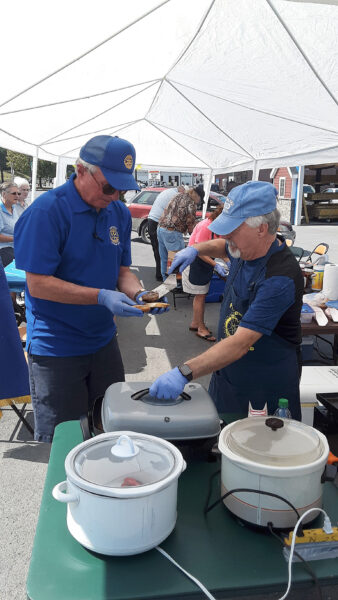 High pressure will drift east today as a low pressure area and associated fronts moves towards the Valley from the west.
Our Sponsors END_OF_DOCUMENT_TOKEN_TO_BE_REPLACED