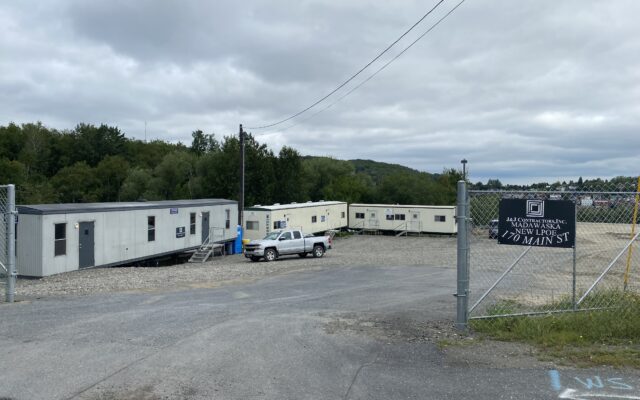 Hannah Catlin • August 11, 2021
Construction crews will officially break ground on the new Madawaska land port of entry on Sept. 9 at an official, invite-only ceremony at the construction site on Main Street.

MADAWASKA, Maine — Construction crews will officially break ground on the new Madawaska land port of entry on Sept. 9 at an official, invite-only ceremony at the construction site on Main Street.

The event will mark the official commencement of the project, which is valued at $71.7 million dollars, including a total of $49.9 million in construction contracts with J&J Contractors for several buildings on-site. In addition to the $44.5 million port of entry, J&J was awarded an additional $5 million contract to build a commercial inspection building.

The project is on schedule and is expected to be completed in 2023.

General Services Administration and Customs and Border Patrol representatives, and federal, state and local dignitaries will be present for the ceremony, GSA Public Affairs Officer Paul Hughes said, though who exactly will attend hasn’t been announced.

The groundbreaking is closed to the public, but members of the media are invited. Those who do attend are subject to mandatory security screenings by CBP.

Preliminary ground work has already begun on the project, though the negotiations are still underway for the purchase of the fully-operational McDonald’s sitting in the middle of the lot.

Representatives from both the General Services Administration and the McDonald’s franchise have repeatedly declined to comment on the status of months-long negotiations over the property, and it’s unclear whether the fast food restaurant will still be open during the groundbreaking ceremony next month.

The land port of entry project coincides with the construction of a $97 million new international bridge between Madawaska and Edmundston, New Brunswick, which has been underway since April. The bridge is a collaboration between Maine Department of Transportation and the New Brunswick Department of Transportation and Infrastructure, as well as American and Canadian construction companies.

A weak cold front moved over the region last night and stalled out. The system is expected to dissipate today with partly sunny skies and a slight chance of isolated afternoon showers. Partly cloudy skies with some patchy fog are anticipated overnight.
Our Sponsors END_OF_DOCUMENT_TOKEN_TO_BE_REPLACED