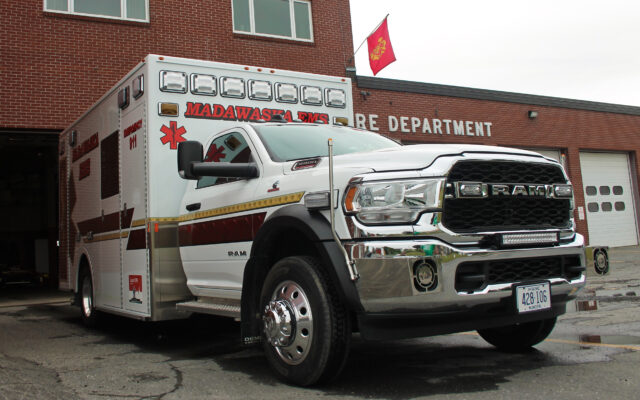 The new ambulance replaces a 2010 unit, which ambulance director Eric Cyr said was becoming unusable after years of wear and tear, and damage from road salt. The department traded the old unit in.

“There’s just something about old ambulances — everything gets loose and it gets rough to ride,” Cyr said. “A major breakdown was looming.”

Trucks are rotated out on a regular basis, Cyr said, and this new ambulance constitutes a pre-scheduled update to the fleet. Because the ambulances are used constantly, they only last at most about 10 years, he said. Most recently, the department purchased a third unit in 2018, after expanding its coverage area.

The ambulance, which has a Dodge chassis, is the first in the garage to have four-wheel drive, and Cyr said the unit will be used predominantly during the winter months. Custom decals in red and yellow decorate the outside of the white box, and the interior is streaked with bright yellow accents — handrails and door handles.

A 2021 Demers ambulance, it also includes updated safety features which are becoming the norm in modern ambulances, like full-body seatbelts on all passenger seats in the back, and a power-loading stretcher, which allows people to lift and lower the bed with little physical effort. Historically, back-injuries have been a plight of EMTs and paramedics, by some reports accounting for 20 percent of all workplace injuries for EMS workers.

The new ambulance is a demo unit from Autotronics in Frenchville — meaning it was bought as-is rather than built expressly for the department. Long wait times for custom trucks have plagued emergency departments across the country as a microchip shortage continues to delay the delivery of new vehicles. Madawaska’s police department has been awaiting the arrival of a new cruiser since March.

Buying a demo truck precluded that outcome, Cyr said. With its contemporary safety features and four-wheel drive, the demo happened to align with the specifications the department would have ordered anyway, he added.

Madawaska townspeople are welcome to tour the new ambulance, Cyr said, and the truck will be around during the Acadian Festival and at other town events for interested people to see. 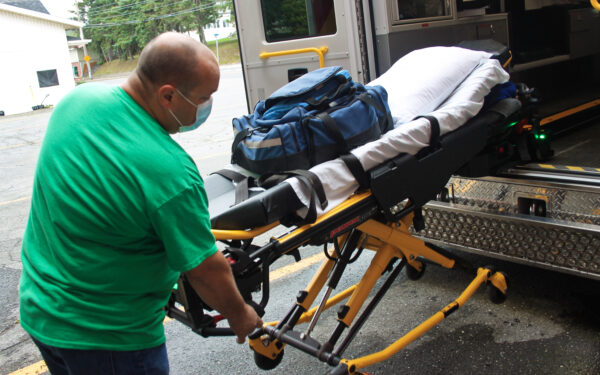 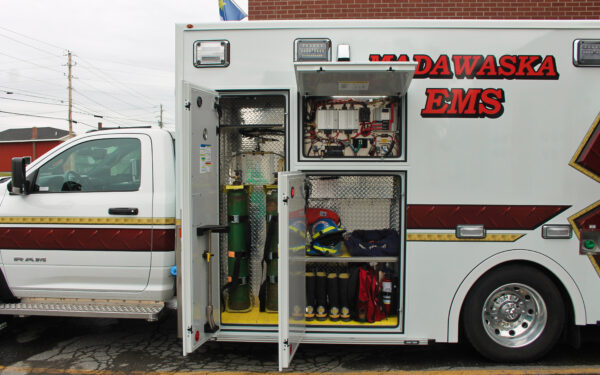 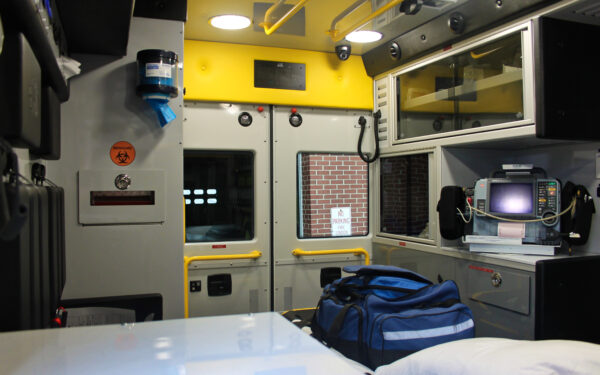 High pressure to the east and and trough to the west will place the region in an area of southerly flow today, which will draw increasingly moist air into the region.
Our Sponsors END_OF_DOCUMENT_TOKEN_TO_BE_REPLACED