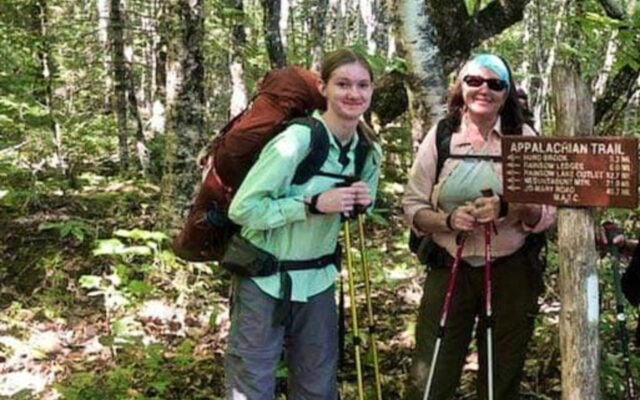 Hannah Catlin • August 3, 2021
Grace Robinson didn’t sign up to hike the Hundred Mile Wilderness during her 16th birthday, but when she blew out the candle on her Hostess cupcake, that’s where she was.

MADAWASKA, Maine — Grace Robinson didn’t sign up to hike the Hundred Mile Wilderness during her 16th birthday, but when she blew out the candle on her Hostess cupcake, that’s where she was.

Grace and her mother Barb Pineau-Robinson, along with a family friend, took to the woods for the first few weeks of July, hiking the infamous trail through some of Maine’s tallest mountains and most remote wilderness.

Barb had told Grace, a rising junior at Madawaska High School, that they were going on a backpacking trip for a few days — but it was only after they had arrived that the whole truth was revealed.

The trail through the Hundred Mile Wilderness is physically grueling, and hikers often summit several mountains in a day carrying camping supplies on their backs. Barb said she didn’t tell Grace in advance because she didn’t want her daughter to turn down the opportunity before she tried. 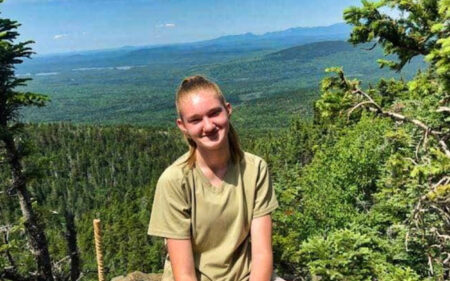 For her part, Grace didn’t back down — despite having several chances to do so on the trail. She wanted to say she had done it, she said. A multi-sport athlete, Grace often made significant progress ahead of her mom, and the group would meet up again at the end of a long day.

Barb, who is approaching retirement age and is still seeking more adventure, said that the trip had been defining for the two of them.

“It was the most physically and mentally challenging thing I’ve ever done,” Barb said. “I think it was a coming of age experience.”

Grace said she wouldn’t necessarily recommend that particular coming of age experience to friends, though she’s glad she took the plunge. When they got out of the woods on July 17 after 12 days of hiking, Grace said her perspective on the world had changed, though maybe in smaller ways than her mother had intended.

“Riding in the car was a little weird,” she said.

Though both look back at the experience now with varying degrees of fondness, neither wants to go hiking again any time soon.

Canadian high pressure building down from the northwest sends us some more frigid air for the late week period.
Crown Politics END_OF_DOCUMENT_TOKEN_TO_BE_REPLACED

Three candidates are vying for two seats on the Fort Kent Town Council. Voters will decide which of the three -- Corey Pelletier, Brandon Dayton or Andrew Caron -- will get a seat during the town’s annual election on Monday, March 22.
Our Sponsors END_OF_DOCUMENT_TOKEN_TO_BE_REPLACED