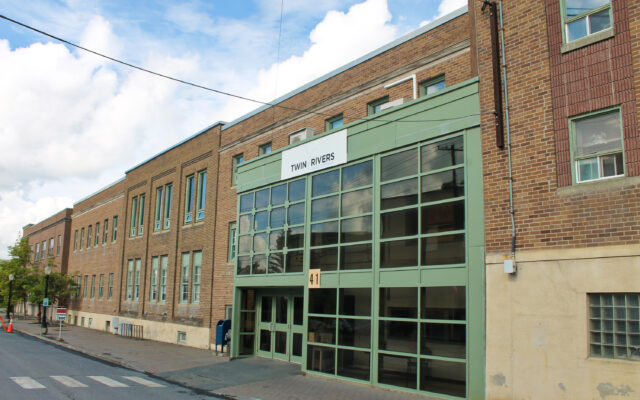 Hannah Catlin • August 2, 2021
Rep. Jared Golden led a successful campaign last week to shoot down an amendment that would have threatened jobs at the Twin Rivers Paper Mill.

MADAWASKA, Maine — Rep. Jared Golden led a successful campaign last week to shoot down an amendment that would have threatened jobs at the Twin Rivers Paper Mill.

The amendment on a major 2022 appropriations bill would have made e-labels rather than paper information the norm for prescriptions. Twin Rivers, which is a major manufacturer of prescription paper, would have seen significant job loss as a result of the amendment.

“The negative impacts caused by a disappearance of paper pharmaceutical insert and label products would be felt throughout and beyond our operation, rippling through our supply chain and causing the loss of indirect jobs as well,” Twin Rivers Strategic Marketing Director Caryn King said.

The following week, Sen. Susan Collins would back a similar policy preventing an e-labeling mandate in the Senate appropriations committee.

Along with protecting paper industry jobs, Golden said that he felt the policy would have been detrimental to his constituents in northern Maine, many of whom don’t have reliable access to stable internet connections. If their medication information is online, Golden said, that’s one more hurdle people have to jump.

Plus, he said he’s skeptical of the movement to put more medical information online, especially with companies seeing an influx of cyber attacks in the past few years, including in The County.

“Sometimes conventional wisdom is, in my opinion, dangerous and sometimes what people think is progress — it turns out to be something that they later regret.”

The amendment was backed primarily by the Alliance to Modernize Prescribing Information, a coalition which is made up of major pharmaceutical companies like Pfizer, Johnson & Johnson and Bristol Myers Squibb, among others. The alliance leveled attack ads at both Golden and fellow Maine Rep. Chellie Pingree in the days following the death of the amendment.

High pressure to the east and and trough to the west will place the region in an area of southerly flow today, which will draw increasingly moist air into the region.
Our Sponsors END_OF_DOCUMENT_TOKEN_TO_BE_REPLACED