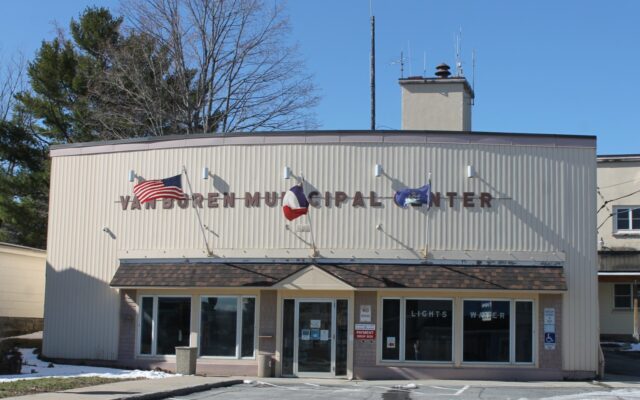 Van Buren rezoning proposals spark debate over land use, will go before voters in August

Hannah Catlin • July 7, 2021
Three rezoning proposals will go before the people of Van Buren for a public hearing on Aug. 3. The hearing is non-binding, but will give the town council an opportunity to hear from the public before making a final decision. The councilors discussed the proposals at their July 6 meeting.

VAN BUREN, Maine — Three rezoning proposals will go before the people of Van Buren for a public hearing on Aug. 3. The hearing is non-binding, but will give the town council an opportunity to hear from the public before making a final decision. The councilors discussed the proposals at their July 6 meeting.

The first would see a piece of land rezoned to accommodate a storage unit facility, as well as potentially a future campground. The second would rezone a notch of industrial land to farm and forest to accommodate a request from a landowner who wants to use more of their land for residential and farming uses prohibited by industrial zoning.

The discussion of these two proposals was relatively brief, with councilors agreeing to move them forward to a hearing.

The last incurred a much longer debate among the councilors — a request to rezone a portion of Main Street across from Dollar General to accommodate a storage facility. This is the second time the owner has proposed this rezoning, Town Manager Nancy Troeger said.

At first, members of the council were hesitant, given the proposed facility’s location in the heart of downtown. They were also put off by the previous attempt at rezoning that parcel — in which the same landowner began groundwork on the facility before checking the zoning of the land and approaching the town for permits.

Eventually councilors agreed that while they didn’t want to rezone the downtown area, they would send the proposal before the voters for feedback. Councilor John Beaulieu also proposed offering a trade to the landowner — the parcel of land on Main Street for a different parcel in the industrial park, where they felt a storage facility would be more appropriate.

“Not that businesses are knocking down the door of the town to come in and build — but I would rather see a business there … than storage units as the first thing you see when you come into Van Buren off of Route 1A,” Beaulieu said. “Not that there’s anything wrong with storage units. They have their place, people need them and it is a viable business, but I don’t think that’s the right location for them.”

The council hopes that if the landowner agrees to the swap, they could entice a retail or restaurant business to come to that location. It would add to the string of property which the town owns on Main Street — a number of abandoned buildings and empty parcels lining the downtown.

On Aug. 3, the council will also host another public hearing on the pocket park planned for Main Street — a requirement of the CDBG grant the town won earlier this year.

During Tuesday’s meeting, the town also renewed the American Legion’s liquor license, and signed a Quit Claim Deed, returning a foreclosed-on house to the previous owner, who paid back her lien debt to the town in full.

A cold front moves through today with scattered showers that will taper off this evening as high pressure builds into the region with partly cloudy skies.
Crown Politics END_OF_DOCUMENT_TOKEN_TO_BE_REPLACED

All five candidates running for two seats on the Fort Kent Town Council gathered at a live question and answer forum.
Our Sponsors END_OF_DOCUMENT_TOKEN_TO_BE_REPLACED