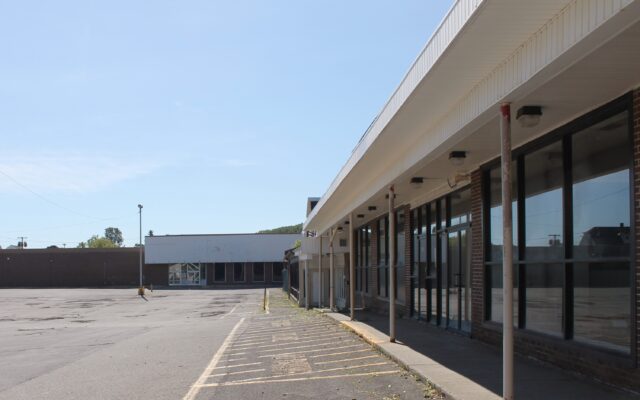 Hannah Catlin • June 30, 2021
When she was bitten by a mystery bug and her hand started to swell, Diane didn’t go to her doctor. Instead, she went to the drug store, bought herself some Benadryl cream and hoped the swelling would subside.

MADAWASKA, Maine — When she was bitten by a mystery bug and her hand started to swell, Diane didn’t go to her doctor. Instead, she went to the drug store, bought herself some Benadryl cream and hoped the swelling would subside.

Diane is a resident at La Maison Acadienne, a senior low income housing complex in Madawaska. Like many people in town, she was put off from going to her doctor because when she called, she couldn’t get an appointment.

“I love my doctor, but it’s not enough,” said Diane, who declined to share her full name to maintain medical privacy.

With only two major services in town — Fish River Rural Health and Acadia Family Health Center — competition for available appointments is tight, especially with an aging and underserved population. It’s the chief reason so many Madawaska residents are excited to see Fish River’s plans to build a new health care center in the now-abandoned Mid-Town shopping complex.

This is in part because when the group first expanded to Madawaska, it was looking primarily to reduce truancy for its existing patients — people who were traveling from the eastern part of the St. John Valley for appointments in Fort Kent and Eagle Lake were missing their wellness visits during the winter or other bouts of bad weather.

When Fish River opened its medical, dental and vision offices part time in 2017, Pelletier said the providers were overwhelmed by new patients right away, some of whom had been going without health care for years. dsss

Already swamped, the demand for appointments has been exacerbated by the continued closure of the Canadian border. Luke Albert, who works at U.S. Cellular across the street from the Mid-Town complex, used to go across to Edmundston, New Brunswick, for his dentist, just a few minutes drive from work. When he broke a tooth during the pandemic last year, all of a sudden the closest care he could get was an hour away in Caribou.

People in town report traveling as far as Presque Isle, Bangor and Portland for basic and specialized medical care alike. R.J. Bourgoin, who lives in an apartment building next to Mid-Town, said he may have to drive four hours to Bangor just to get new prescription glasses.

For some people, these types of trips are just not an option, especially if it’s not an emergency visit. Craig Daigle, the store manager at Daigle’s Sport Center, is a lifelong Madawaska resident and the father of young children. He said he’s always found health services to be lacking in town, and was excited to hear about the new facility — he doesn’t have time to travel out of town for doctor’s visits.

The new health care center, if all goes well, could ease some of the pressure. Not only because Fish River plans to double its staff, but more appointment rooms mean providers can see more patients at once — for example checking up on one dental patient while the other waits in a different room for local anaesthesia to set in.

But some people in Madawaska are not totally satisfied with the decision. A group of women at La Maison Acadienne said they would have preferred to see a clothing or grocery store come in. Since Kmart closed in early 2019, calls to bring new retail to town have been continuous. Town Manager Gary Picard said that the town government has been trying to do just that.

“Honest to God, every tire that could be kicked — retail, grocery, you name it — we’ve been there, we’ve made efforts, we’ve pitched proposals to try to make something happen,” Picard said.

Just down the street from Mid-Town, Craig Daigle’s father, Glenn, owns Daigle’s Furniture & Appliance. He reflected on how significantly Madawaska has changed in the past few decades — from a hub of manufacturing that boasted two grocery stores, Kmart and a Rite Aid, to the small community it is now. With its declining population, Daigle said the town probably couldn’t support some of the larger stores people are asking for.

“What the town was and what it is now are totally different,” Daigle said. “We are an aged community, so yes, those [medical] services are definitely a plus.”

At the stores near the Mid-Town lot, business owners and employees like the Daigles and Albert are pleased with Fish River coming in to fill the space. Even though it’s not a traditional retail business, they think it might draw in more customers. Albert said that since Mid-Town and the adjacent Kmart closed down, one after the other, his side of town has been hurting.

”All the businesses at this end of town — it slowed it down for all of us,” Albert said. “Any action that would happen there would be welcome … It doesn’t matter what’s there at this point.”

A cold front will approach tomorrow with a chance for snow showers through the day into the evening. The front is expected to move through tomorrow night with another Arctic air mass.
Crown Politics END_OF_DOCUMENT_TOKEN_TO_BE_REPLACED

Three candidates are vying for two seats on the Fort Kent Town Council. Voters will decide which of the three -- Corey Pelletier, Brandon Dayton or Andrew Caron -- will get a seat during the town’s annual election on Monday, March 22.
Our Sponsors END_OF_DOCUMENT_TOKEN_TO_BE_REPLACED