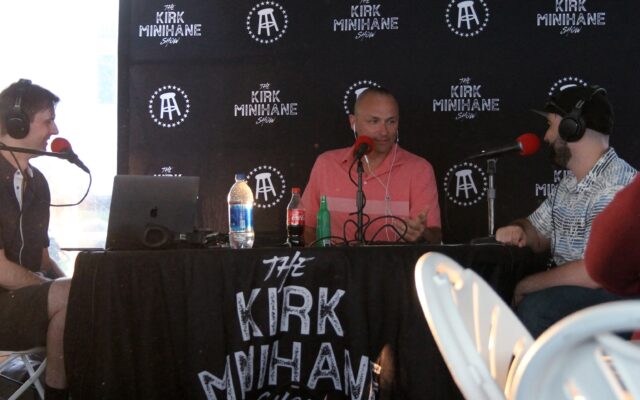 Hannah Catlin • June 17, 2021
When Barstool Sports podcaster Kirk Minihane and his followers stormed into Madawaska on a war footing last weekend, they found the other side hadn’t shown up for battle.

MADAWASKA, Maine — When Barstool Sports podcaster Kirk Minihane and his followers stormed into Madawaska on a war footing last weekend, they found the other side hadn’t shown up for battle.

The “Kirk Minihane Show” followers, the Minifans, wandered Main Street in small groups Saturday morning, milling in the town’s public parks and eating out at downtown restaurants. That evening, the group of roughly 150 podcast fans gathered under a giant tent at Birch Point Beach at Long Lake for dinner and a live show.

Compared to the visit’s preamble, these scenes were tranquil. Days before the Minifans arrived, their event caterer, Big Rick’s Burgers and Wings, dropped out and Minihane declared: “F— Madawaska” on his podcast. Two weeks earlier, Minihane threw away the key to the town he was given during his last visit. In the interim, the man who had once proudly called himself the “Son of Madawaska” deleted the title from his Twitter biography.

While the visit seemed much like any other tourist outing on the surface, the people of Madawaska aren’t pleased with the treatment they have received on “The Kirk Minihane Show,” and Minihane’s approach to this trip did nothing to assuage that sentiment.

“That behavior and that podcast is not socially acceptable in the place I grew up in,” selectman Dan Daigle said. “You can’t badmouth a small French Acadian town and expect a warm welcome when you get there.”

The souring of the relationship between Minihane and the town began in late May, when, as a compromise on a fan’s request, the Madawaska Board of Selectmen temporarily renamed Chapel Road — which leads to Birch Point Beach — Kirk Minihane Way for the day. The backlash was immediate with Minihane disavowing what he said was an insulting gesture, and his fans taking to Twitter to mock the selectmen quoted in the media coverage of the meeting, including Daigle.

Selectman Jason Boucher said on Minihane’s May 28 podcast that he would consider proposing an alternative way to honor Minihane, but once the segment — which included ridicule directed at the town and its residents before Boucher’s interview — aired, the town decided not to take further action.

The commentary on Madawaska continued the next week as “Kirk Minihane Show” producers found old clips of board meetings featuring Daigle to dissect during recording sessions. This, accompanied with other jabs at the town’s expense, caught Madawaska’s attention. Clips of the segments in which Minihane discussed the town circulated on Facebook and among friends.

Madawaska native Marc Deschene was one of the people who only became familiar with Minihane’s show due to these clips.

“I wasn’t impressed,” Deschene said. “It was full of profanity and disparaging [Big Rick’s] establishment in town for whatever reason.”

Deschene looked in on the live event Saturday from a corner of the tent, thinking he may have gotten a bad first impression of the podcast, but left. “Not my thing,” he said.

To his followers, Minihane is a maverick — a fundamentally misunderstood comedian and an idol of the “tell-it-like-it-is” brand of cultural commentary. Among the fans exists an unwritten contract for consensual schoolyard bullying — online, they throw jabs, invent rude nicknames and in equal measure find themselves the butt of Minihane’s jokes. Nothing is off limits, and that’s the draw.

Minihane said that he was frustrated that some in Madawaska didn’t seem to be willing to get in on the joke.

“This is a crowd that’s just here to have a good time, they’re all good people — mostly good people,” Minihane said. “I know even [Big Rick’s Burgers and Wings] and those guys, they’re all nice people. But you’ve got to play around a little with the joke and then it’s a lot easier.”

Madawaska is by no means the first subject to recoil after finding itself on the receiving end of Minihane’s blows. Minihane has been a complicated figurehead of controversy in the sports talk radio world for a decade — he was suspended five times by WEEI, “Kirk & Callahan”’s home station for his commentary, most infamously in 2014 for calling ESPN reporter Erin Andrews a “gutless b—-.”

The same brashness that Minifans are drawn to was perhaps ill-matched to Madawaska’s small-town style, especially for those unfamiliar with Minihane’s reputation.

“Personally, I think it’s in poor taste — I don’t think there was anything funny about how he reacted,” Madawaska resident Jane Carter said. “Maybe it’s all a big joke, I don’t know, this is the first I heard of him.”

On Saturday, just before what Minihane later called on Twitter his “favorite live show yet,” he had an idea. Minihane said that he might take the lessons of the past weeks of conflict with Madawaska and turn it into a new part of his brand.

“All along I’ve been like, ‘I want to go somewhere where we’re loved,’” Minihane said. “Now I realize my show is built on wars. So, now I think I’m just going to find different places in the country to beef with and just go there every year. What’s the fun if everybody gets along?” 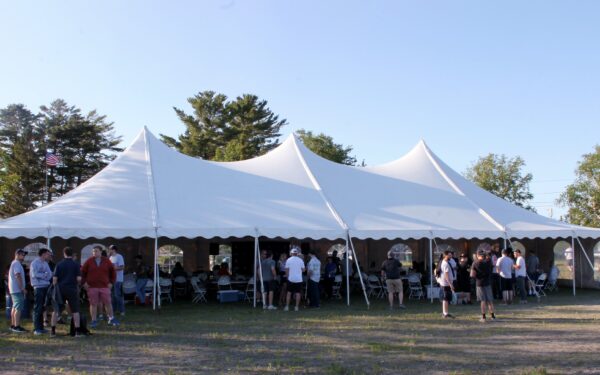 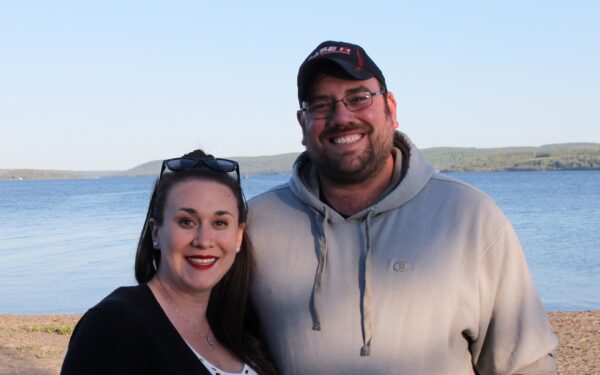 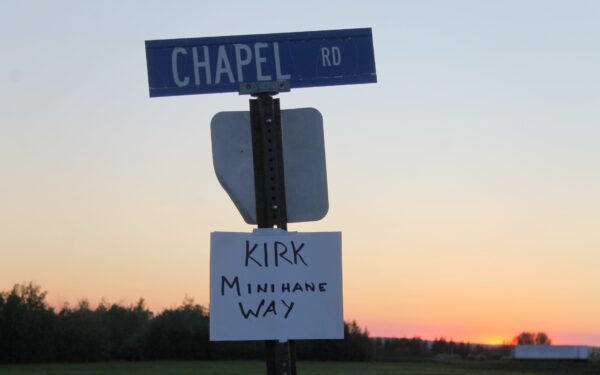 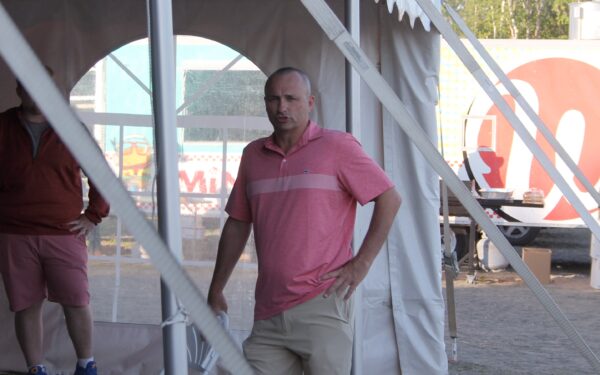 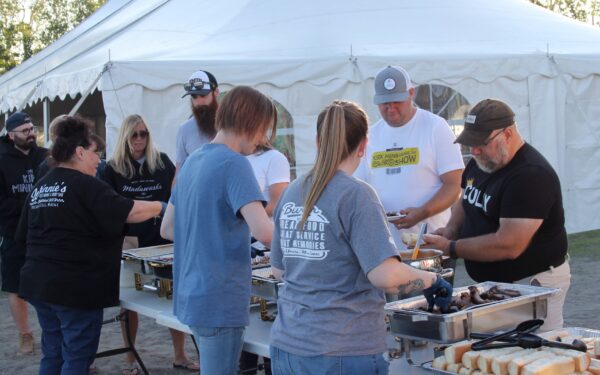 Heavy snow is expected to overspread the Valley this afternoon and continue into the evening hours.
Crown Politics END_OF_DOCUMENT_TOKEN_TO_BE_REPLACED

Maine’s longest serving legislator, Martin was first elected to the Maine House of Representatives in 1964 when he was 23.
Our Sponsors END_OF_DOCUMENT_TOKEN_TO_BE_REPLACED