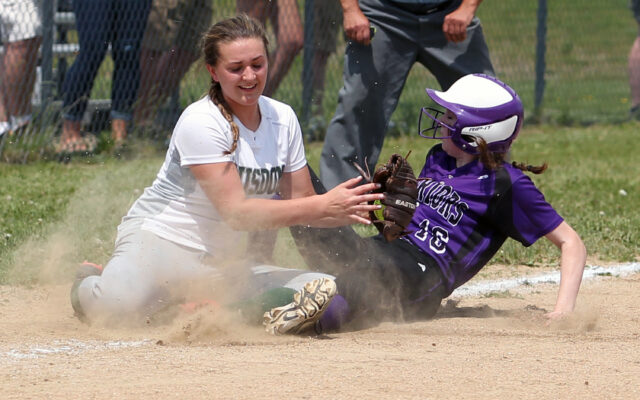 In Tuesday’s prelim, Maddie Russell twirled the complete game for the Warriors, scattering six runs on six hits and six walks, with 10 strikeouts. Lilly Roy and Autumn Roy shared pitching duties  for Wisdom, yielding 16 runs on 11 hits and seven walks, with no strikeouts.

Cami Shields paced the Warriors with a home run, double, single and three RBI. Paige Vose had two singles and two RBI, while Russell added two singles; Maddie Shields homered, with 2 RBI; Emmalee Landry had a double; and Jayniece Wenzloff and Callie Russell each had one single.

The game was the first time this season that the Warriors have blasted two over-the-fence home runs.

For Wisdom, Olivia Ouellette tripled, doubled, singled and had four RBI as she led the team offensively. Autumn Roy, Lilly Roy and Savanna Theslin each had a single. 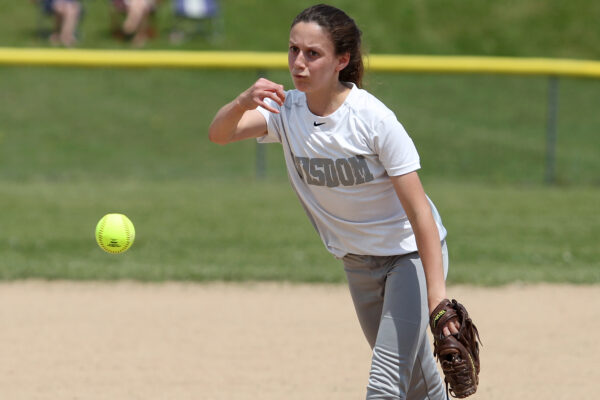 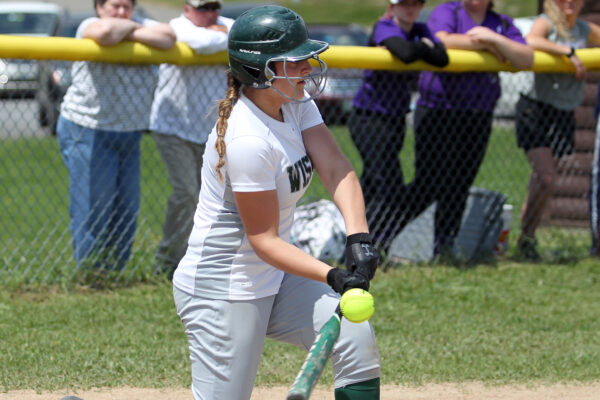 Southern Aroostook played catchup for much of the game as Wisdom jumped to an early 1-0 lead in the top of the first inning on Ouellette’s bloop single past first base scored Lilly Roy. The Warriors answered in the bottom of the inning as Cami Shields blasted a solo home run over the right field fence, tying the game at 1-1.

The Pioneers broke open the game in the top of the second, showing poise at the plate to draw three total walks. Ouellette again showed her batting prowess as she ripped a bases-clearing triple to the outfield fence, scoring three baserunners to give Wisdom a 5-1 lead.

Bats for both teams went relatively cool for the next few innings, even though temperatures soared above 90 degrees. Wisdom first baseman Emma Chamberlain made a number of nifty stretches to get force outs as the Pioneers looked to be in control of the game

Southern Aroostook cut the lead to two runs in the bottom of the fourth inning thanks to a couple of throwing and fielding errors by the Pioneers. 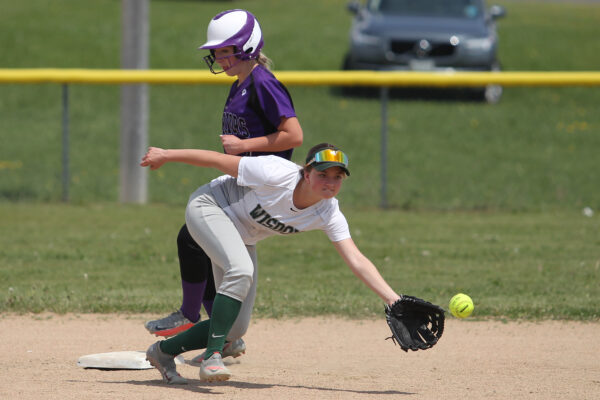 The Warriors made the defensive play of the game in the top of the fifth inning. After Theslin reached on an infield hit, Ouellette blasted another deep shot, this time to the fence in centerfield. A heads-up play by SA, however, resulted in Theslin getting thrown out at home trying to score on the hit.

“We had some good defensive plays today, especially in the middle of the game,” Southern Aroostook coach Paul Sherman said. “We just had to hang in there until the bats came around.”

That defensive stop seemed to fire up Southern Aroostook as the team sprang to life in the bottom of the fifth, scoring four runs to take a 7-5 lead. Vose laced a single to left field and moved to second on a savvy base running move. Cami Shields blasted a double to the centerfield fence, scoring Vose and soon crossed the plate as Maddie Shields launched a deep home run over the left field fence. 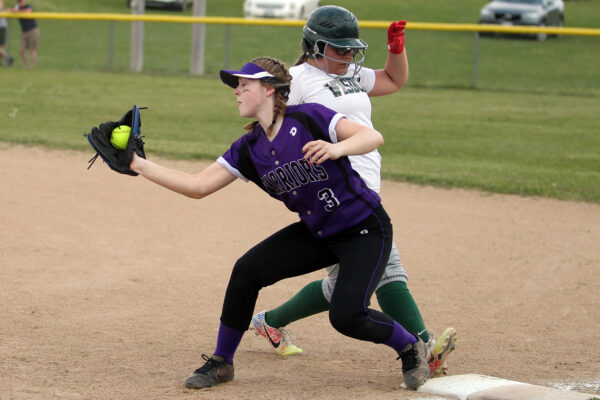 That advantage only grew in the bottom of the sixth inning as the Warriors scored seven more times to break open the game (16-5).

“I would love to see my entire team figuring things out at the same time,” Sherman said. “We have two or three bats each game, but it would be nice to see them all come together.”

Sherman credited Wisdom pitcher Lily Roy with doing a good job of keeping her squad off-balanced, while getting Southern Aroostook to hit numerous groundouts on the day.

Wisdom coach Kevin Lavoie said the Pioneers game plan was to show patience at the plate, since they were facing an unknown opponent with Southern Aroostook.

“We have not faced a lot of fast pitchers on the season, so we wanted to be patient, gauging the pitching, and not being too anxious,” Lavoie said. “I am extremely proud of the team for this season.” 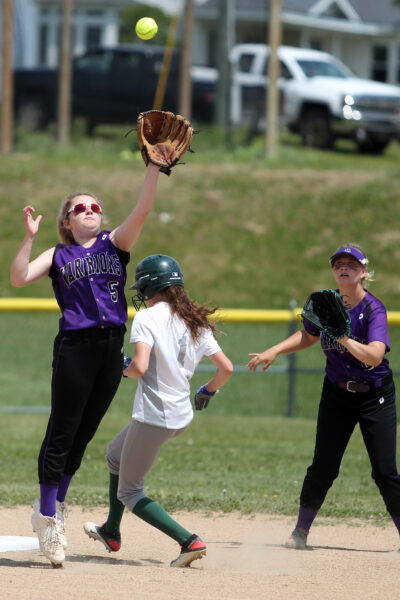 Canadian high pressure building down from the northwest sends us some more frigid air for the late week period.
Crown Politics END_OF_DOCUMENT_TOKEN_TO_BE_REPLACED

Three candidates are vying for two seats on the Fort Kent Town Council. Voters will decide which of the three -- Corey Pelletier, Brandon Dayton or Andrew Caron -- will get a seat during the town’s annual election on Monday, March 22.
Our Sponsors END_OF_DOCUMENT_TOKEN_TO_BE_REPLACED