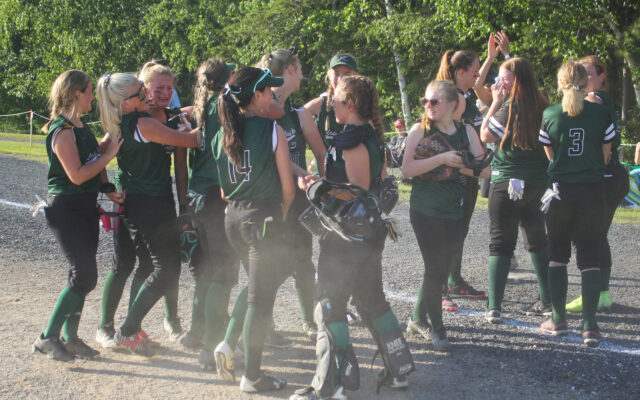 FORT KENT, Maine — The Fort Kent Warrior softball team is headed to the quarterfinals following an 11-10 victory over Orono in a preliminary home contest.

Tuesday’s prelim proved intense both in terms of 90 degree temperatures and the heat brought by both teams.

Fort Kent held the lead throughout the game and silenced the Riots in the top of the seventh inning when Warrior Larissa Daigle fielded a hard grounder at shortstop and threw to first baseman Shaylee Jandreau for the final out of the game.

“I was nervous it wasn’t going to reach me in time because the runner was coming really fast, but Larissa was very calm and made a clean pass,” Jandreau said. “It didn’t click at first that we had won until (relief pitcher Lydia Simon) looked at me and started jumping up and down and ran to hug me.”

Daigle, a sophomore, also contributed 3 RBI with a single and a sacrifice fly. The young Warrior also racked up her 10th home run during her first high school softball season. Maine Principals Association canceled the sport last year due to COVID-19.

Head coach Tamar Philbrook said in her 13 years of coaching she has never had a player hit so many home runs in a single season.

“The most I’d say, was three by anyone,” Philbrook said. 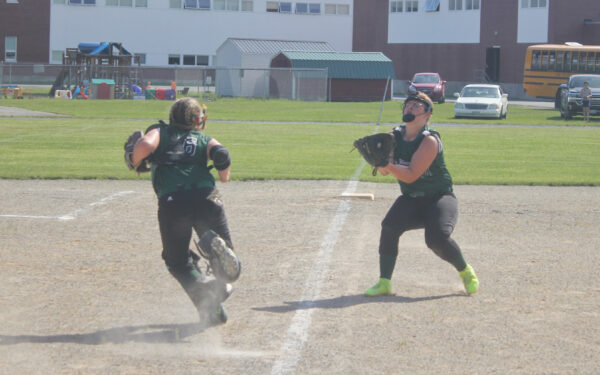 The Warriors seemed to have the game in the bag, leading 7-0 at the bottom of the second, but Orono crept back in the third with three runs. By the fifth inning the Riots had narrowed the Warriors’ lead to 9-8, and tied the game 9-9 at the top of the sixth.

The Riots might have taken it were it not for the game stopping play by Daigle and Jandreau to end it all at the top of the 7th.

“We made very few errors through the first four innings and then Orono got their bats fired up,” coach Philbrook said. “It’s hard to defend gap hits. They were hitting solidly and Fort Kent had to keep answering offensively. In the end, having home field advantage really pays off.”

“Every game after the regular season is a gift,” Philbrook added.  “We’re excited to play another game and just look forward to doing our best. If we do that, we’ll be happy with the outcome.”

Jandreau said she is excited to play another game during her senior year, and attributes the success of her team this season to how much the Warriors support one another.

“If someone makes a bad play or gets down on themselves we bring them back up because the game’s not over yet,” she said. “We lose as a team and we win as a team, everyone contributes.”

Jandreau had 2 RBI for Fort Kent, Allee Morgan had an RBI single and Sydney Philbrook had two bunts with an RBI.

The 500-millibar upper-level trough associated with the cold front and low pressure that brought last evening's thunderstorms will slowly move over the Valley today and Thursday with a chance for scattered showers and an isolated thunderstorm or two across the Valley this afternoon.
Our Sponsors END_OF_DOCUMENT_TOKEN_TO_BE_REPLACED