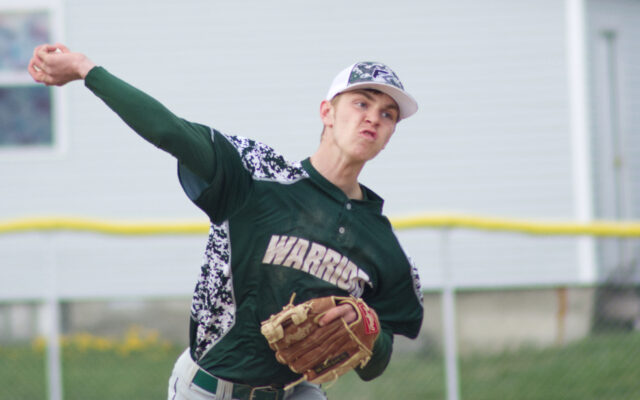 Chris Bouchard • May 11, 2021
The Caribou Vikings faced off against Fort Kent during a Friday, May 7, game, securing a 7 to 1 victory.

CARIBOU, Maine — The Caribou Vikings faced off against Fort Kent during a Friday, May 7, game, securing a 7 to 1 victory.

Pitcher Cory Herbert of Caribou struck out 12, walked three, and allowed one earned run for the complete game win. Offensively, Herbert went 3-4 at the plate, and had four runs and five stolen bases.

Zach Madore and Carter Quest of Caribou also helped contribute to the win, with each having a hit and stolen base. Caleb Espling also had a hit with an RBI.

The Friday game marks the Vikings’ first home game, and also their first victory of the spring 2021 season. As of the Friday game, the Vikings now have one victory and four losses under their belts. Prior to facing off against Fort Kent, they played two games against Hermon and two against Ellsworth.

Mostly clear skies will become partly cloudy skies this morning as a cold front drops down to the Saint Lawrence River Valley and stalls out. Weak disturbances circulating around to top of the ridge of high pressure off the US East Coast may produce a chance for very isolated showers across the Valley today.
Our Sponsors END_OF_DOCUMENT_TOKEN_TO_BE_REPLACED