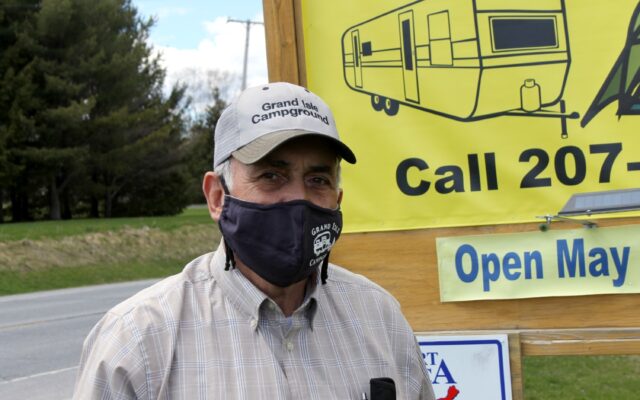 After mixed 2020, seasonal businesses look forward to opening for the summer

Hannah Catlin • May 11, 2021
Dandelions popping through cracks in the sidewalk, warm afternoons, and sunsets dipping late into the evening: for the St. John Valley’s seasonal businesses, these signs of coming summer mean flipping on their open signs and starting a new year.

MADAWASKA, Maine — Dandelions popping through cracks in the sidewalk, warm afternoons, and sunsets dipping late into the evening: for the St. John Valley’s seasonal businesses, these signs of coming summer mean flipping on their open signs and starting a new year.

2020 was a mixed bag to say the least for most businesses, but for those only open during the summer months, the squeeze was all the more pronounced. Business owners are looking forward to what they hope will be a more predictable 2021.

At Misty Meadows, an organic restaurant and boutique in Grand Isle, opening at all this year was something of a community effort. Not only did pandemic restrictions lead the restaurant to open a month later and close a month earlier than planned last year, but then this spring, owner Sharon Dionne had difficulty finding enough people to staff the business.

Dionne said that when word got out that she was considering delaying the opening altogether, area residents stepped forward to help her fill sparse shifts.

“People came out of the woodwork,” Dionne said. “Grateful. Grateful is the word.”

Since Misty Meadows opened on April 20, Dionne said she has returned her business to full service and a regular schedule, with her waitstaff now full. With COVID-19 still looming, she hasn’t planned anything particularly special for the season — instead, Dionne is just happy to see her customers again

In neighboring Madawaska, Skylite Drive-In theater owner Donna Pelletier said she can’t wait to see her guests as well. The theater also shortened its season due to the pandemic last year, and is hoping a longer one is on the horizon.

She and her family are preparing the grounds for the season, and Pelletier said she can’t wait for the moment she sees kids and families running around, enjoying the summer. She said the theater hasn’t picked an exact start date yet, and is waiting for slightly warmer weather to settle in completely.

“We should be getting some new releases coming out — that we’re excited about,” Pelletier said. “Other than that, we’re just anxious to see everybody back again. 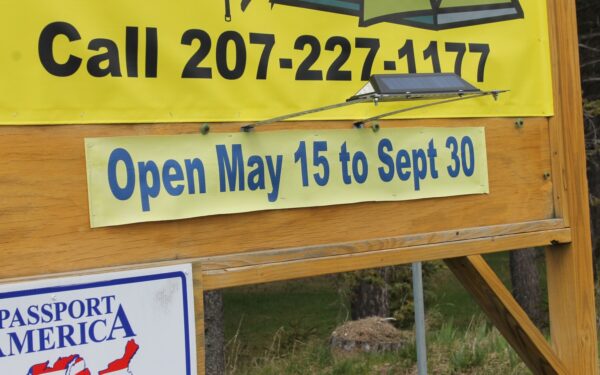 Grand Isle campground is one of a handful of The County’s seasonal businesses opening for the summer in the coming weeks. (Hannah Catlin | St. John Valley Times)

Not everyone felt the pandemic’s impacts negatively.

2020 was the busiest season ever at Grand Isle Campground since George Dionne first opened in 2014 — with many of his campers saying they were looking to escape the stresses of the pandemic in their more populous home towns and cities. So far this season, with seven of his 15 campsites booked for opening weekend, he hopes that trend will continue.

Buzzing around the Grand Isle Campground, Dionne, his friends and a few local contractors have been working to put the finishing touches on the grounds before the season officially begins on May 15.

As COVID-19 restrictions continue to wane, Dionne said he expects more people to travel from out of state — no longer restricted by inter-state COVID-testing protocols. But the continued closure of the U.S.-Canada border will keep away some of his regular campers from the north.

This year he looks forward to hosting karaoke every Friday night, and seeing his guests return. While the campground — and all seasonal businesses — still have to work in the remaining pandemic guidelines, Dionne said anticipation for the season is building every day.

High pressure is building down from James Bay in Canada today with mostly sunny skies and cooler conditions. Mostly clear skies tonight will allow temperatures to fall into the mid-40s for most of the SJV.
Our Sponsors END_OF_DOCUMENT_TOKEN_TO_BE_REPLACED