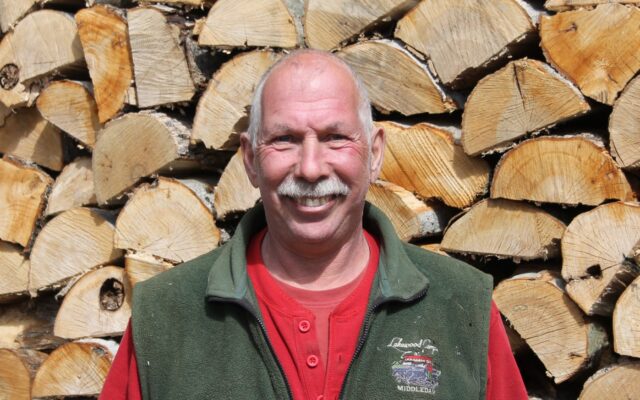 Hannah Catlin • May 5, 2021
Madawaska selectman Dan Daigle has hired a lawyer and is hoping to take legal action against the town over a $114 personal property tax bill from 2020 he says is illegitimate.

MADAWASKA, Maine — Madawaska selectman Dan Daigle has hired a lawyer and is hoping to take legal action against the town over a $114 personal property tax bill from 2020 he says is illegitimate.

Daigle has hired lawyer Luke Rossignol of Presque-Isle based firm Bemis & Rossignol to evaluate the case.

The taxes are on the furnishings of the cabin-rental business Daigle owned for 13 years, The Other Maine. Daigle disputes the tax bill because he shut down his operation on March 25, following Gov. Janet Mills’ executive order closing businesses to prevent the spread of COVID-19, which was also several days before the April 1 start of the 2020 tax year.

Daigle, who sold the business on July 20, wants the town to nullify the bill, or he intends to take the matter to court.

The legal process is still in an investigative phase as Rossignol pursues public records relating to Daigle’s concerns, he said in late April. After that, he will discuss with Daigle whether to pursue further action against the town.

The crux of the dispute is uncertainty over the date on which Daigle removed the furniture and accessories — the personal property — from inside the cabins. Daigle said he removed the furnishings immediately after closing and before the start of the tax year.

At a board of selectmen meeting in January, Presque Isle Tax Assessor Lewis Cousins told Daigle that even if a business is effectively closed, the assets may still be taxable if they remain inside the property. Daigle showed the selectmen photographs of the contents of the cabins in storage at his home as evidence that he had removed the assets from the property, but they were undated.

Selectman Jason Boucher asked Daigle if he would procure time-stamped photos, but Daigle said the process to print the photos had been difficult and he would not do it again. Daigle later declined to comment on the exact date he removed the items from the cabins.

Complicating the matter is the fact that Daigle did not submit a 706a tax form, an annual list of the business’ taxable property. So long as he has not submitted an updated document — something Daigle said in May he has not yet done — he is unable to abate the tax formally. The form is sent out every year.

“We asked for a list based on what would be in place April 1. We got nothing back,” Cousins said. “You’re now telling us not only wasn’t it disclosed, but the goods or assets were removed. Nothing in the record gave us that. Your application for abatement didn’t mention anything of that.”

Cousins told Daigle he was basing his request on the idea that a closed business doesn’t pay personal property tax, which is incorrect. He said Daigle could still submit his 706a tax form and apply for an abatement, and that, in fact, abatement was the only way out of the bill.

“Even though you’re saying the bill is null and void, it’s truly an abatement of tax,” Cousins said.

Several selectmen, including Boucher and Laurie Gagnon, said they believed Daigle’s account of events, but asked him to pursue an abatement. The board voted that night to table the matter, though according to public meeting minutes, it never came up again.

While Daigle did initially apply for an abatement on Dec. 25, 2020, according to town documents he provided, and despite the fact that it was that abatement request that brought the discussion to the January meeting, Daigle said he is not interested in abatement.

“You cannot abate a tax bill that is not legit,” Daigle said. “It’s like charging a bank robber for income tax.”

It was the day after that January meeting that he first contacted Rossignol.

Daigle said May 4 that, though the bill is small, he is willing to spend his own money to pursue the matter beyond the avenues available through the board of selectmen. He wants the town to “nullify” the bill or for a judge to rule in his favor.

Daigle has been something of an odd man out on the board since he was sworn in last June. His has frequently been the only opposing vote, and he has been involved in several heated in-meeting and post-meeting arguments with other selectmen and town manager Gary Picard.

He said his pursuing this issue has nothing to do with previous conflicts. However, should the town refuse to delete the bill and should a judge subsequently rule in his favor, he intends to seek personal charges against town leaders he feels deliberately mishandled the case.

“I think I was born to be a person of conscience,” he said in April. “This is wrong on every level and I will spend my own money, not the town’s money, to show it.”

Board of Selectmen Chairman Doug Cyr declined to comment on the details of Daigle’s personal property tax dispute, though he did say he felt the selectmen should hold themselves to a “higher standard” on matters of taxation due to their familiarity and proximity to the process.

“It’s not a question of what he presented or didn’t present,” Cyr said. “There’s a right and there’s a wrong. There’s a law that we all live with when it comes to taxes whether we understand them or not.”

Low pressure tracking from James Bay in Canada towards the Gulf of Saint Lawrence will draw a cold front towards the region tonight.
Our Sponsors END_OF_DOCUMENT_TOKEN_TO_BE_REPLACED