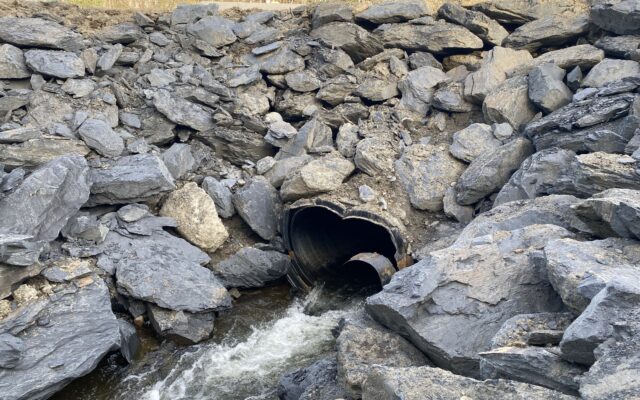 A 160-foot plastic culvert on 16th Avenue has deteriorated beyond repair, and Dube estimated that replacing the pipe with a more durable one would cost roughly $100,000. Due to the high cost, Town Manager Gary Picard recommended the board consider adding the cost into the budget or the public works department’s capital reserve before the town budget is finalized, though the board did not take any definitive action at the meeting.

“The plastic itself, the compound is failing,” Dube said. “It could be a much worse, more costly problem down the road should we not do that. I think we’ve pushed it off as far as we possibly can.”

Dube said the high cost of the project is in part due to the culvert’s position below a sewer and water line and between two manholes. Dube told the board that there were a number of other culverts and public works projects that might reach a crisis level in the coming months, including a bridge on Gagnon Road. He said the state has been telling the town to fix for a decade.

“Everything is starting to fail because we’ve patched it, we’ve tried to maintain things as long as we can, and unfortunately it’s all hitting at the same time,” Dube said.

The board discussed potentially adding funds to the public works capital reserve, but have made no final decision.

“I’m not saying I don’t want to do this, but as we look at the rest of the budget, we’re going to add 100 [thousand dollars] here, and if you want to add to road reserve as well, now we’re starting to be in the negative,” Selectman Laurie Gagnon said. “If you don’t want to raise taxes, we have to make sure we’re looking at the rest of this budget with an open mind. If you take this 100 [thousand dollars] then you have a flat budget and going forward we have to stay very tight.”

After considering Dube’s request, the board reviewed the remainder of the proposed budgets from the town’s departments. The finance committee and select board have been meeting since mid-March with department heads to review and evaluate the annual town budget. That initial process ended on April 6 — the finance committee has yet to give its official recommendation to the select board.

The finance committee will meet separately one more time before presenting its recommendation to the board. Neither the dates for that meeting, nor the presentation to the select board have been finalized. The select board is meeting for a regular, non-budgetary meeting at 6 p.m. on Tuesday, May 4.

Selectman Dan Daigle was not present at the April 20 meeting, and later said he was dealing with a personal health issue.

High just east of James Bay in Canada this morning will build across the Valley today.
Our Sponsors END_OF_DOCUMENT_TOKEN_TO_BE_REPLACED