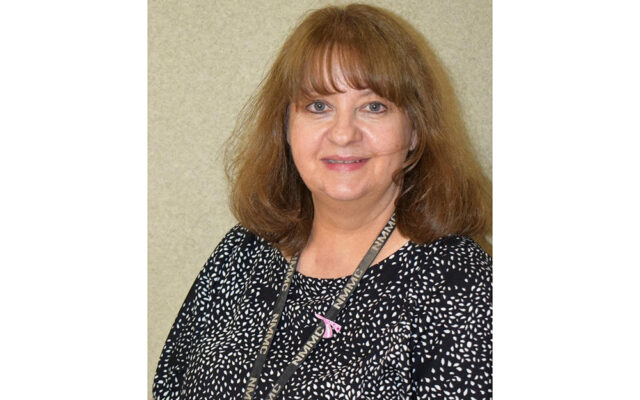 50 years at NMMC and a lifetime of memories

Contributed • April 27, 2021
One late spring, a little more than 50 years ago, Rena (Hebert) Jandreau was a 17-year-old senior in high school looking for a summer job. When the nuns of Les Petites Franciscan de Marie, who oversaw People’s Benevolent Hospital, now known as Northern Maine Medical Center, hired her in 1970, Jandreau had no idea she would still be working at her “summer job” more than five decades later.

FORT KENT, Maine — One late spring, a little more than 50 years ago, Rena (Hebert) Jandreau was a 17-year-old senior in high school looking for a summer job. When the nuns of Les Petites Franciscan de Marie, who oversaw People’s Benevolent Hospital, now known as Northern Maine Medical Center, hired her in 1970, Jandreau had no idea she would still be working at her “summer job” more than five decades later.

“My co-workers would call me crazy for still working here after 50 years,” said Jandreau. “They can’t imagine coming to work without me being here.”

Jandreau lives in Fort Kent. She grew up on a farm in a family of 15 children. Maybe it was that early childhood experience that instilled in her the work ethic she has displayed during her time with NMMC, where she works as a radiology receptionist.

“We worked hard on the farm. We picked rocks, potatoes, tended to animals, and worked in the garden. Life was simple, but full,” she said.

When she was 20, she married her husband Carroll and they had three children together. Now, Jandreau also has five grandchildren and, in addition to napping, reading, gardening and quilting in her spare time, she loves spending time with her family outside of work.

Of course, when a person works at the same place for such a long time, co-workers become a sort of surrogate family in their own way, marking change and passings of the torch. Jandreau has seen this firsthand.

“I worked with Dr. Albert, Charlie Albert’s father, and I worked with Dr. St. Pierre’s father. He used to bring his young son Erik to work with him. He would sit him on his lap and show him the x-rays and explain to him what he was seeing,” said Jandreau.

One of the biggest adjustments Jandreau has had to make in her time here came with innovation and the introduction of the computer to her daily routine. Where once she meticulously hand recorded everything, the digital age ushered in a steep learning curve. But despite having to adapt in a rapidly changing world, Jandreau’s time at NMMC also introduced her to a special friend — one she may have missed an opportunity to know had her path taken her in a different direction.

“One cold and rainy evening, while I was working, I heard a kitten meow in the hall. I went down the hall to investigate and a yellow kitten ran to me. I took him home and we named him ‘Morris’ and he lived with us for 18 years,” she recalled.

Jandreau would tell a new person just starting out to be kind to the patients. “Nobody asks to be sick,” she said. She would know. Five years ago, Jandreau suffered a severe heart attack. It sidelined her for a while, and she joked that she wanted some time off, but she was unable to stay away for too long.

She said the best thing about her job is her co-workers and the patients and she was eager to get back to them.

It’s been quite an enjoyable ride overall for Jandreau, and anyone who has come in to the hospital to be greeted by her smiling face has experienced the great pride she takes in doing exceptional work for the people of the greater St. John Valley region.

If she could travel back to her first day on the job, Jandreau said she would tell herself, “Enjoy the adventure and treasure the memories.”

The 500-millibar upper-level trough associated with the cold front and low pressure that brought last evening's thunderstorms will slowly move over the Valley today and Thursday with a chance for scattered showers and an isolated thunderstorm or two across the Valley this afternoon.
Our Sponsors END_OF_DOCUMENT_TOKEN_TO_BE_REPLACED