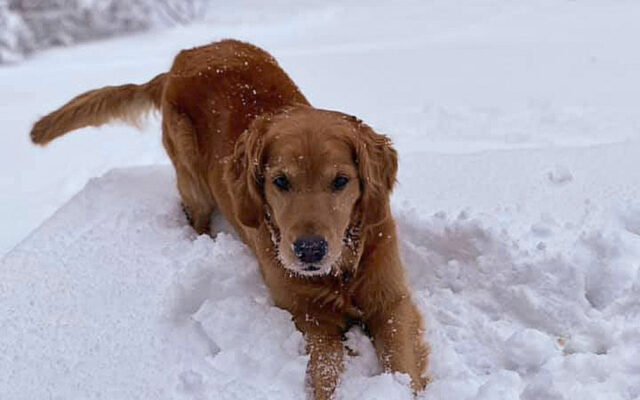 FORT KENT, Maine — Not so fast, springtime, winter weather has more to say.

Although many Aroostook County residents ushered out their barbecue grills and replaced their studded tires with the more asphalt-friendly ones, snowfall that began Wednesday evening put a damper on hopes that recent springlike weather was here to stay.

As of Thursday morning, Fort Kent received about half a foot of snow, Madawaska 5 inches, Greenville 4 inches, and Caribou about 1.5 inches, according to Meteorologist Tim Duda of the National Weather Service Forecast Office in Caribou.

The Fort Kent Police Department, which serves the town with the highest overnight snowfall, said no motor vehicle accidents were reported as of Thursday morning. 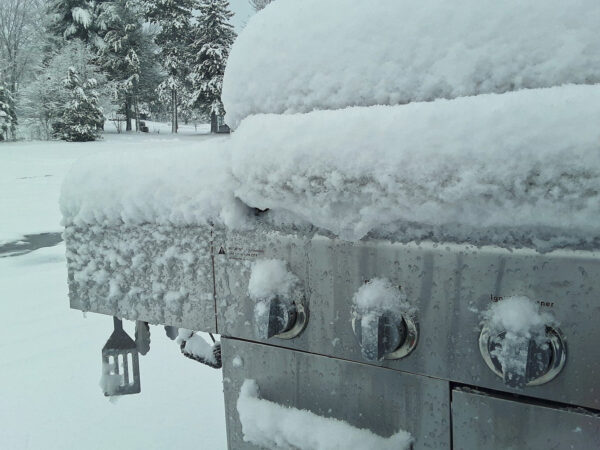 Sticky snow covers a barbecue grill in Fort Kent on Thursday morning and more of the white stuff is expected to fall over Aroostook County throughout the day. (Jessica Potila | St. John Valley Times)

But the University of Maine at Fort Kent closed all campus buildings Thursday, with the exception of Nowland Hall, which will remain open for student dining and the Sports Center, which remains open for COVID-19 testing.

Fort Kent resident Jodi Guy and her family had planned an outing, which they canceled due to slippery roads. One member of the Guy family, 6-year-old golden retriever Remi saw no harm in the changing weather.

Remi is a huge fan of snow and with her favorite family members Abigail Guy, 13, and  Caleb Guy, 11, home for spring break from school, the pup will enjoy some quality family time.

“We’ll take a snow jaunt in the woods and let her roll around and catch snowballs until her heart is content,” Jodi Guy said.

Thursday will see the addition of some occasional light snow in The County, but will be winding down this evening, Duda said.

“As you go into the day tomorrow we could still see some rain or snow showers up in far northern Maine, otherwise it should dry out there later tomorrow and for Saturday,” Duda said. “It looks like on Sunday a chance of rain coming in.”

As to whether northern Maine can expect another round of snowfall this season, Duda said it is possible.

“There’s no snow in the immediate future, but we’ve recorded snow even in May so we can’t totally rule out snow here in Caribou,” Duda said.

“No use dwelling on it, because we always get some snow at this time of year,” Jodi Guy said.

Clouds are on the increase this morning as a strong low pressure area tracking towards Maine from the Mid-Atlantic approaches with rain spreading across the Valley by the afternoon.
Our Sponsors END_OF_DOCUMENT_TOKEN_TO_BE_REPLACED