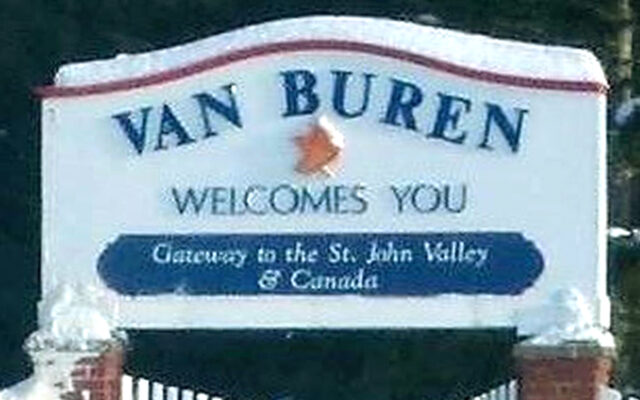 Hannah Catlin • April 22, 2021
Circled in the Van Buren library on Tuesday night -- an impromptu location change after the town council and attending members of the public were inadvertently locked out of the St. Peter Chanel Parish -- the town began its initial analysis of the annual budget.

VAN BUREN, Maine — Circled in the Van Buren library on Tuesday night — an impromptu location change after the town council and attending members of the public were inadvertently locked out of the St. Peter Chanel Parish — the town began its initial analysis of the annual budget.

Over the next several weeks, the council will consider budget proposals for all of the town’s departments, the town budget committee will propose changes, the council will give a final “okay”, and then the townspeople will vote on the final budget at the annual town meeting — in Van Buren, traditionally the second Tuesday in June.

The first three departments to come under the council’s examination were the highway, recycling and wastewater departments. All three are headed by Rick Sirois.

Highway and wastewater’s initial proposals reflected proposed budget increases, with the addition of new full- and part-time staff including an interdepartmental floater. The recycling department saw a proposed budget decrease — the result of lost revenue in the past year following Deschaine Sanitation’s decision to stop hauling trash to Van Buren’s facility and instead to Tri-Town Sanitation in Caribou.

This year’s total budget will in all likelihood be significantly smaller than previous years, after the closure of the Van Buren Police Department in early December 2020 due to an officer shortage. In the past, that department cost more than $200,000 annually to run.

The councilors discussed ways to change the budget to make it easier to analyze in the future — particularly expanding the number of line items in budget proposals, so that exact expenses are more clear.

Some departments have highly abbreviated budgets. For example, according to Deputy Town Manager Luke Dyer, the ambulance department has a $25,000 line item called “duty gear,” which has become the catch-all for all non-itemized expenses, including medical equipment.

Several years ago, the council had asked departments to collapse their budgets for ease of analysis. It had been performing line-by-line analysis of the budgets — a feat that was immensely time consuming.

In addition, budgets are also slightly inaccurate because some expenses — like insurance and benefits — have been lumped into the general government budget and away from the departments they belong to.

Now with a more big-picture review process, councilors agreed the simplified budgets were no longer useful.

“Personally, I’d like to see more lines added and a little more specifics — it makes it easier for the council to review this stuff,” council member Peter Madore said.

The agenda also included a few non-budget items. The council heard an update from the ambulance department, which is bringing on three new part-time EMTs to fill out its staff. It also renewed the Knights of Columbus Bottle Club license, and renewed Van Buren Pine Runner ATV Club’s land lease.

The meeting concluded with updates from the managers and the council. Council member Paul Nadeau brought forward an idea to lease some of Van Buren’s land to a solar company — a contract that could bring a new line of revenue to the town. The council discussed Van Buren’s old dump as a potential location for solar panels, as the land is currently out of use and can’t be developed.

The council unanimously agreed to research the idea further, and council member John Beaulieu stepped forward to work with Nadeau on gathering information.

The council will meet next Wednesday, April 28, at the American Legion building to continue budget discussions. It is currently planning to discuss the budgets for the general government, fire department and library.

A broad area of low pressure crossing the state will bring widespread rainfall to the entire SJV today and tonight. Rain tapers to showers Thursday morning with showers lingering into the evening hours as the low lifts to the northeast.
Our Sponsors END_OF_DOCUMENT_TOKEN_TO_BE_REPLACED