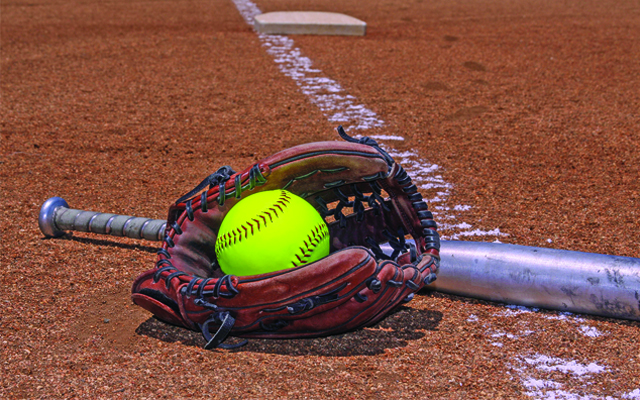 After two seasons off, Wisdom softball is coming back swinging

Hannah Catlin • April 16, 2021
Wisdom softball coach Kevin Lajoie is no stranger to being down in the count, in fact, it is where he prefers to be.

ST. AGATHA, Maine — Wisdom softball coach Kevin Lajoie is no stranger to being down in the count, in fact, it is where he prefers to be.

After a two season hiatus, Wisdom varsity softball is back and looking to compete despite a small roster of just 10 players. Even with a small team, Lajoie thinks that the lineup of strong bats and well-rounded multi-sport athletes will make them underdogs worth rooting for.

“I do have a lot of confidence,” Lajoie said. “I think they can be the underdog and still win.”

Last year, the St. Agatha-based school did not field a team due to the COVID-19 pandemic, and the year before, there weren’t enough students interested in softball. Those few players who were interested formed a joint team with Madawaska. With just about 100 students at the Middle-High School, it is always a challenge to find the 10 varsity athletes required to field a team, the coach said.

With a roster that leaves no room for injury or illness, Lajoie has to get creative with his players.

Wisdom has one full-time pitcher, Lilly Roy, who Lajoie thinks is a natural inside the pitching circle. But to be safe, everyone is getting time during practice to work on pitching skills in case Roy needs to be taken out.

When he first asked his team who would play backup for the pitcher, he was met with blank don’t-pick-me stares. Now, everyone is in the rotation.

“You never know when you just need someone to get you out of an inning,” Lajoie said.

The challenges don’t stop with a light roster. Practices had barely begun this season when a COVID-19 exposure sent Wisdom back into remote learning. In their second week now away from the school, and approaching next week’s spring break, Lajoie is now dealing with some personal non-Covid related health issues. But he still hopes to get his players back out on the field by mid-break week before their first game on April 26.

Lajoie has confidence in part because he has seen these players make incredible comebacks before. Lajoie recalled a middle school game he coached, in which Roy split her cheek open in a player collision and had to leave the field to go to the hospital. He said that 10 runs down and with only a few innings left, the players rallied behind their fallen teammate, and came back to win by just one run.

For Lajoie, victory is in the determination to win — a trait he said his team has in spades. With leadership from players like senior Emma Chamberland, Lajoie thinks the team will take advantage of all the opportunities they get on the field and bring big wins to their small town.

“If you can have hot bats, hit the gaps, get runs in — let’s get a strong lead right away and then let’s defend it,” he said. “Get the lead right away, have no mercy, steal bases at all times.”

A broad area of low pressure crossing the state will bring widespread rainfall to the entire SJV today and tonight. Rain tapers to showers Thursday morning with showers lingering into the evening hours as the low lifts to the northeast.
Our Sponsors END_OF_DOCUMENT_TOKEN_TO_BE_REPLACED