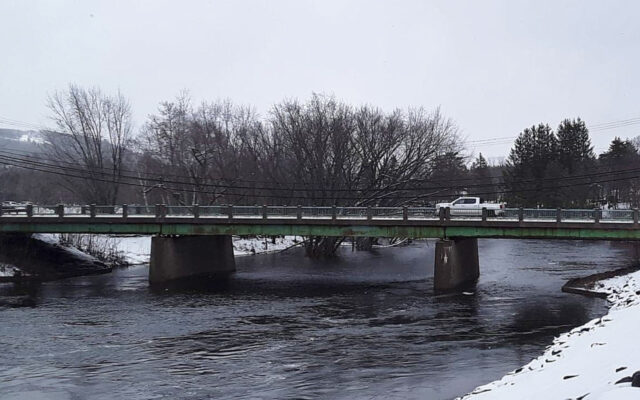 Chris Bouchard • April 15, 2021
The threat of more spring flooding in Aroostook County is now minimal, with heavy rain being the only major factor that could potentially contribute to more road closures, according to Aroostook EMA Director Darren Woods.

CARIBOU, Maine — The threat of more spring flooding in Aroostook County is now minimal, with heavy rain being the only major factor that could potentially contribute to more road closures, according to Aroostook EMA Director Darren Woods.

“The ice on the Aroostook and St. John rivers has let out and has all gone to Canada,” Woods said. “The flooding situation is a little different because it’s not just river ice that plays a part, the snowpack and water content also play big parts. Of course that is mostly gone, but there is still some left in the woods.”

In late March, flood gauges were in the red stage for Fort Fairfield, and The County saw multiple road closures in Caribou, Limestone and Fort Fairfield, with several streams and drainages being targeted as at risk including Libby Brook, the Little Madawaska River, Moore Brook, the Aroostook River and Amsden Brook.

As of April 15, Woods said Aroostook County is likely through the worst of it, but that the EMA is still watching weather patterns.

“I’m always hesitant to say that we’re 100 percent clear of a flood threat because there’s always the potential for massive rainfall,” he said. “That said,  there is nothing on the horizon that indicates that that’s what we’re coming into, so our comfort level for being clear of the threat of flooding is pretty high.”

To his knowledge, he said this year’s flooding did not lead to significant damage to property or vehicles. In fact, he said 2021 has been mild compared to most years in terms of flooding.

“Typically we start planning and preparing for potential flooding and ice outs this week, so we’re actually a few weeks ahead,” he said.

Woods said Aroostook EMA has been able to stay on top of flood threats thanks to a Facebook page managed by the department called “Aroostook County Flood Watch,” which allows anyone to contribute information, photos or video about potential flood threats.

“We started it as a way to crowdsource information from around The County,” he said. “So we look for people to provide pictures and information on what they’re seeing in their locations at any given time.”

He said the page sees a great deal of community interaction and contributions, allowing the organization to be in multiple spots at once and ultimately get more work accomplished.

“People have sent us photos, videos, and drone footage. It’s amazing,” he said, “so thank you from us to the public for all of their input, phone calls and entries on the Aroostook County Flood Watch page, because all of that is very helpful.”

A broad area of low pressure crossing the state will bring widespread rainfall to the entire SJV today and tonight. Rain tapers to showers Thursday morning with showers lingering into the evening hours as the low lifts to the northeast.
Our Sponsors END_OF_DOCUMENT_TOKEN_TO_BE_REPLACED