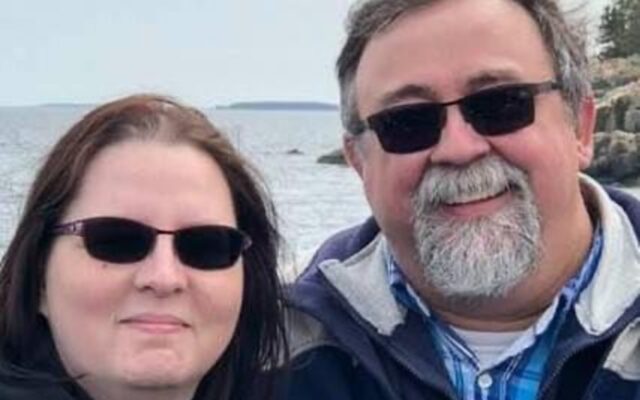 Anderson, 53, takes over the role from Paul Michaud, who announced his retirement last month after serving for more than three decades in education.

Anderson and his wife, Janice Anderson, a registered nurse at Northern Maine Medical Center, own Anderson Family Farm in Fort Kent, which they operate along with their three children. 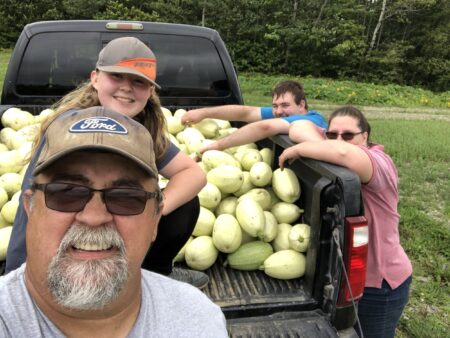 Anderson Family Farm in Fort Kent has grown in success with each harvest since they began three years ago. Front, Kevin Anderson. Back, from left are Haley Anderson, Caleb Anderson and Janice Anderson. (Courtesy of Kevin Anderson)

He worked with educator Robby Nadeau as middle school teachers at FKES, before the transition. Nadeau is now FKES principal.

The two former FKES colleagues are eager to work together once again.

“Having previously worked with him, I am excited for his drive and energy to help FKES move forward in providing great learning opportunities to our learners,” Nadeau said. “Mr. Anderson’s reputation amongst his students is well known, and will enable him to have a great impact here at Fort Kent Elementary School.”

Anderson is also enthusiastic about the opportunity to re-collaborate with Nadeau.

”Getting to work with him again on this new level is extremely exciting; I believe we will make a great team and positively impact the climate and culture for the students at FKES.”

As dean of students, Anderson will step down from his role as a classroom teacher, but he said that will not prevent him from integrating science into the lives of FKES students.

“I will no longer be teaching science in the traditional sense,” Kevin Anderson said. “I do have some ideas about trying to incorporate what I do on our farm with the students, which certainly is ‘real life’ science.”

Anderson will officially begin serving as FKES dean of students, effective July 1. In the meantime, he will work with Nadeau and Michaud to transition into the role.

“I am personally grateful to Mr. Michaud for all of the service he has provided at FKES,” Nadeau said. “He has been a great guide and mentor to me, and his experience and vision will be sorely missed. We have great confidence that Mr. Michaud and Mr. Anderson will work well together to make this a seamless transition.”

High pressure moving east will allow southerly flow to set up across the Valley with above normal temperatures across the region. Clouds will increase this morning as a cold front approaches.
Our Sponsors END_OF_DOCUMENT_TOKEN_TO_BE_REPLACED