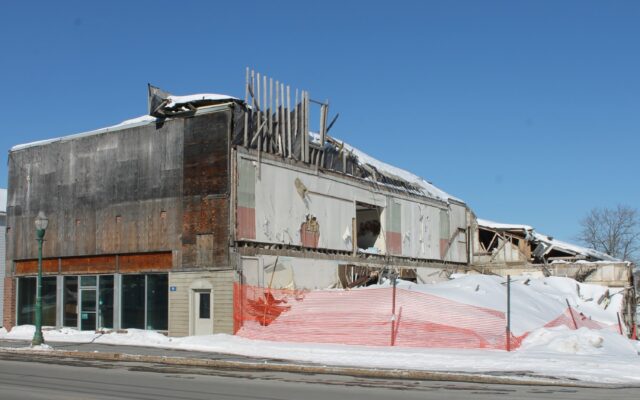 Hannah Catlin • March 26, 2021
Van Buren is seeking $100,000 in Community Development Block Grant funding to tear down several vacant and dilapidated buildings on its Main Street and fill the 1.4-acre space with a pocket park. The town held a public hearing on March 23 to introduce the project to residents.

VAN BUREN, Maine — Van Buren is seeking $100,000 in Community Development Block Grant funding to tear down several vacant and dilapidated buildings on its Main Street and fill the 1.4-acre space with a pocket park. The town held a public hearing on March 23 to introduce the project to residents.

The property, which contained a hardware store for decades, closed nearly 15 years ago and has been vacant since then. Last year, the town partially tore down one structure, but the shell still stands downtown on the corner with Bridge Street

Costs to demolish the collapsed buildings are estimated at $75,000. The town has already spent $27,000 on assessment of asbestos on the property. Council member Peter Madore said that although the town was prepared to clear the lot last fall, it decided to wait for the grant.

“We thought as a council we didn’t want to burden our revolving loan or our taxpayer money to demolish those buildings,” Madore said. 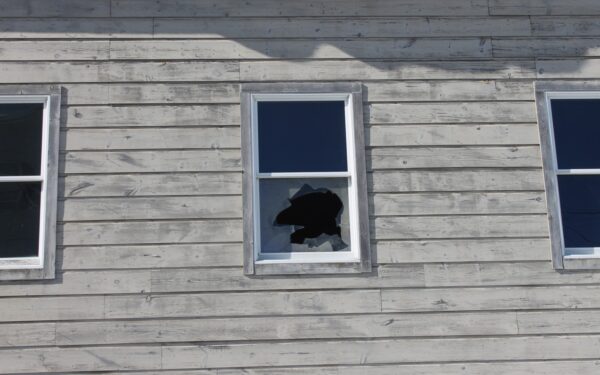 A broken window on the facade of the partially collapsed building on the corner of Bridge and Main Streets, slated for demolition. (Hannah Catlin | St. John Valley Times)

The U.S. Department of Housing and Urban Development provides this CDBG grant to low-to-mid income communities seeking to improve living conditions and expand economic opportunities. If Van Buren wins the grant, it will be required to commit an additional 25 percent of the amount they win on the project — if it wins the full amount, for example, it would have to spend $25,000.

Town Manager Nancy Troeger has been leading the grant process, which began with a letter of intent this spring, and will continue with the official application, which is due on April 9.

Troeger reported that the town has engaged B R Smith Associates, an engineering firm out of Presque Isle, to undertake the project should it receive the grant. The foundation of the remaining structure may be in part structurally supporting Main Street, and landscape may have to cover and incorporate that underlying structure. 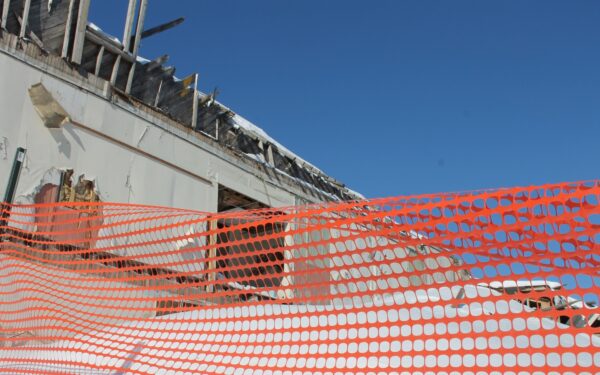 The partially collapsed building at the corner of Bridge and Main Streets could make way for a new pocket park, as Van Buren seeks grant to address slum and blight. (Hannah Catlin | St. John Valley Times)

Only a handful of Van Buren residents attended the meeting, though a couple individuals chimed in with questions and suggestions for future landscaping.

Madore said the council’s preliminary designs have included a gazebo, screenhouses, as well as landscaping and lighting throughout the property. Final designs wouldn’t come until after the town received the grant and would involve input from the community in future hearings.

This grant process is part of the town’s ongoing efforts to revitalize its Main Street — something the current town council has made a priority.

“It’s sad that we’re losing the heritage of the town, but we cannot dwell on that,” Madore said. “We can’t just let these buildings fall down — it looks awful. Van Buren’s never going to be what it was in 1900, but if we can beautify the Main Street and hopefully put a couple of businesses and do little things here and there, that’s our goal.”

High pressure moving east will allow southerly flow to set up across the Valley with above normal temperatures across the region. Clouds will increase this morning as a cold front approaches.
Our Sponsors END_OF_DOCUMENT_TOKEN_TO_BE_REPLACED