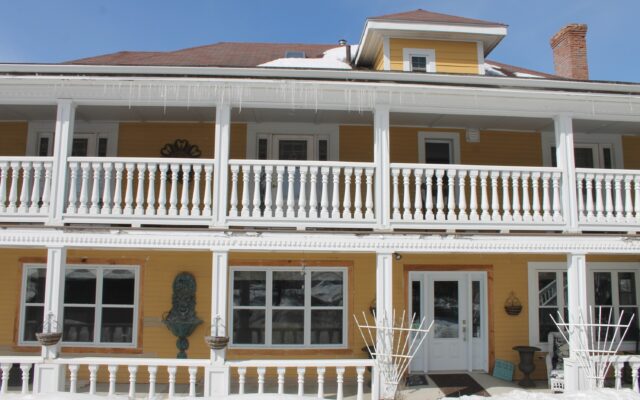 Hannah Catlin • March 24, 2021
The Fraser Mansion, which has stood empty and unused for the past year and a half, might remain vacant as new owners Linda and Robert Pelletier reconsider their return to Madawaska.

MADAWASKA, Maine — The Fraser Mansion, which has stood empty and unused for the past year and a half, might remain vacant as new owners Linda and Robert Pelletier reconsider their return to Madawaska.

A dispute with the town over the restaurant equipment and dining furnishings inside the abandoned mansion has turned Linda Pelletier off her dream of reopening the Fraser Mansion bed and breakfast there. Pelletier’s discontent spilled over onto Facebook in a March 11 post garnering dozens of supportive comments and nearly 100 shares.

“If this is a business-friendly town I beg to differ,” Pelletier’s post reads. “Why in the world would anybody want to start a business having to deal with tunnel vision minds? I’m at a loss.” 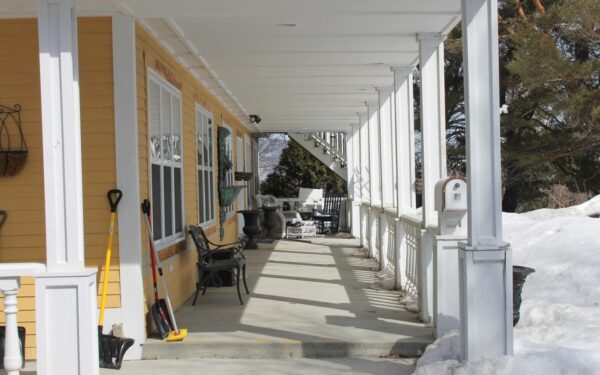 The Fraser mansion’s new owners Linda and Robert Pelletier may not return to Madawaska after a dispute with the town over resaurant equipment. (Hannah Catlin | St. John Valley Times)

The post contains a heavily abbreviated recounting of negotiations, which stalled and ultimately failed between the town and the Pelletiers in early February. After that, the town seized the contents of the mansion — which it owned as collateral on a loan defaulted on by the previous owners, the proprietors of Orchids restaurant.

While the town was well within its legal right to do so, Pelletier felt discouraged by the move, claiming it showed an anti-business footing.

The town, meanwhile, stands to lose $45,000 on the defaulted Urban Development Action Grant loan, which came from a revolving loan fund used to support local businesses. Representatives are arguing the town has to recoup those losses in any way it can in order to help fund businesses in the future.

Negotiations over the kitchen equipment spanned from the end of last year into this one, ending when Pelletier pulled out of negotiations in February, according to documents provided by both Town Manager Gary Picard and Linda Pelletier. 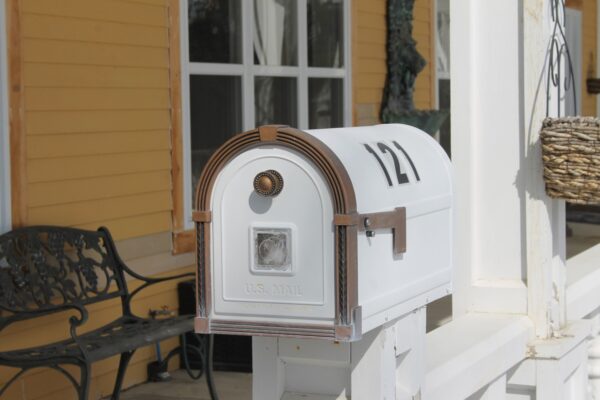 The Fraser mansion may remain vacant as new owners Linda and Robert Pelletier reconsider their move to Madawaska after a dispute with the town over the contents of the restaurant kitchen. (Hannah Catlin | St. John Valley Times)

Pelletier, who owned the property and bought much of the kitchen equipment herself when she ran the bed and breakfast between 2014 and late 2015, put her first offer down on the contents of the mansion in November 2020. She offered $10,000 for all the kitchen equipment, an offer which the board accepted at its Dec. 15 meeting.

But on the following day, Dec. 16, Pelletier retracted the offer after her husband toured the facility.

“When my husband went to the mansion to look at the kitchen equipment, he was devastated,” Pelletier said. “He said, ‘I’m going to have to haul a lot of this out to the dump because it hasn’t been taken care of, it’s really dilapidated. It’s filthy.’”

Town manager Gary Picard said these prices came from a sliding scale the town uses in evaluating all its property — a scale which ends at 30 percent of original value.

Upon receiving these offers, Pelletier was surprised to see she had been negotiating for furniture, flatware and silverware — having believed the town only owned the kitchen equipment. Nevertheless, she officially withdrew her offer on Feb. 9, and the town removed the contents of the mansion in the following two days.

Pelletier and her husband closed on the purchase of the now-empty property on Feb. 12. 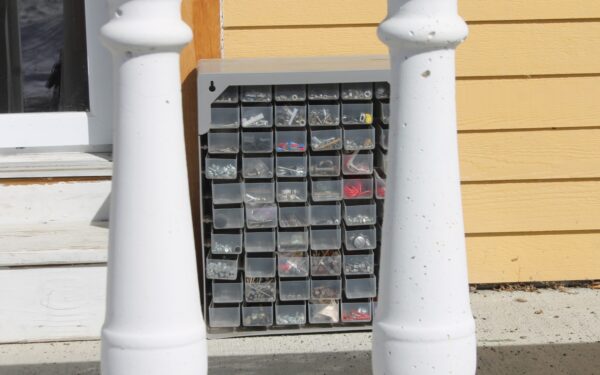 A container of screws, nails, and bolts sits on the front porch of the unoccupied Fraser mansion, waiting to be used. (Hannah Catlin | St. John Valley Times)

While Pelletier ultimately decided to pull out of the negotiations, she felt the town could have done more to aid her in the process, which she described as rushed.

“If they really wanted to make the money off of [the equipment and furniture], why did they wait a year until somebody else was trying to buy that property and then go through all that?” Pelletier said. “Why run around, last minute dealing with people, not willing to negotiate? It’s very disheartening is what it is.”

But the town is arguing that its hands were ultimately tied — that it would have taken the offer had it felt the price was fair.

Picard said that based on the town’s evaluation, the equipment was worth more than Pelletier offered. The decision came in the interest of paying down the town’s debt.

Madawaska is auctioning off the contents of the mansion at the Multi Purpose Center on March 24 and 25, in the hope that it will turn around some funds to fill the hole left by the UDAG default. Right now, Picard said that the fund is frozen, with no money available to give out to new businesses. 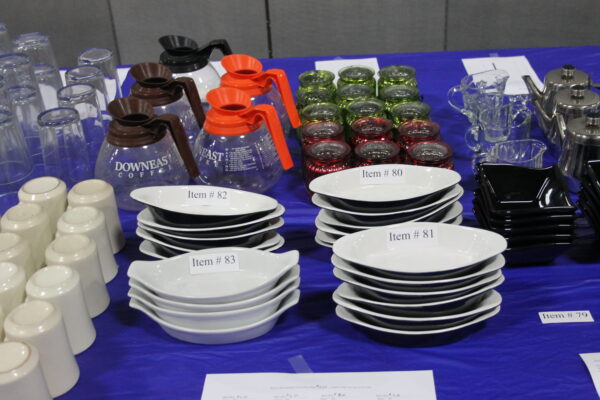 Flatware and other restaurant equipment from the Fraser mansion laid out for silent auction at the Multi Purpose Center. (Hannah Catlin | St. John Valley Times)

He added that he had heard there is interest from other town businesses in the equipment, and the board felt the town could potentially make more money off the contents than Pelletier’s final offer.

“The town has an obligation — there’s a lien, there’s money owed — the town’s going to have to write off this loan, this financial loss,” Picard said. “It is the responsibility of this board to try to mitigate that loss to the best extent it can.”

Picard said that he felt communication over social media simplified the issue — something he sees as a long-term problem for the town which he said is “vulnerable” to attacks online.

“I wish people would have the whole picture before they rush to judgment,” Picard said. “Oftentimes on social media you don’t see the whole picture, you just see the post. People need to see it all to understand the situation. It’s not just on this matter — it’s across the spectrum of things.” 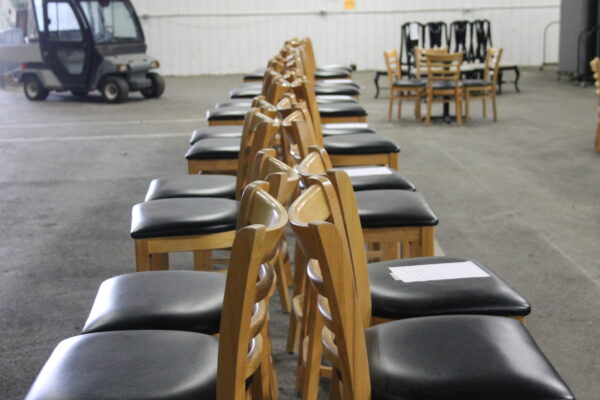 Highboy chairs lined up back to back for auction at the Multi Purpose Center. (Hannah Catlin | St. John Valley Times)

Pelletier said regardless of whether the board had a right to reclaim the kitchen equipment, she felt the town should have gone out of their way to meet her in the middle on negotiations for the contents of the restaurant — and should do so for other businesses moving into the area in order to profit in the future.

“If they would have been pro-business, they would have negotiated and said, ‘Okay, Linda. What is it the town can do to keep your business here?’” she said. “That didn’t happen.”

For Pelletier, it comes down to a fear that the town is running out of time to turn around its economic downslide.

Director of the St. John Valley Chamber of Commerce Sharon Boucher said that she feels the town has worked hard to bolster business. She disagreed with Pelletier’s perspective on the negotiations as well as other opposition to the town’s efforts on Facebook.

“The town is working very very hard to bolster business — to bring business into the area,” Boucher said. “When you have something like this — badmouthing how the town does business — they’re actually feeding the negative narrative, [and] that’s going to discourage businesses from coming to Madawaska.”

But Boucher acknowledged that at the end of the day, both sides have the same vision for a Madawaska with the same energy and profitability it had in its heyday.

“I think people are discouraged when they look at the town and see empty storefronts and nothing’s moving,” Boucher said.

“There was a time when Madawaska was bustling,” she continued. “And I think that feeling of a bustling town is what we’re trying to bring back.”

The 500-millibar upper-level trough associated with the cold front and low pressure that brought last evening's thunderstorms will slowly move over the Valley today and Thursday with a chance for scattered showers and an isolated thunderstorm or two across the Valley this afternoon.
Our Sponsors END_OF_DOCUMENT_TOKEN_TO_BE_REPLACED