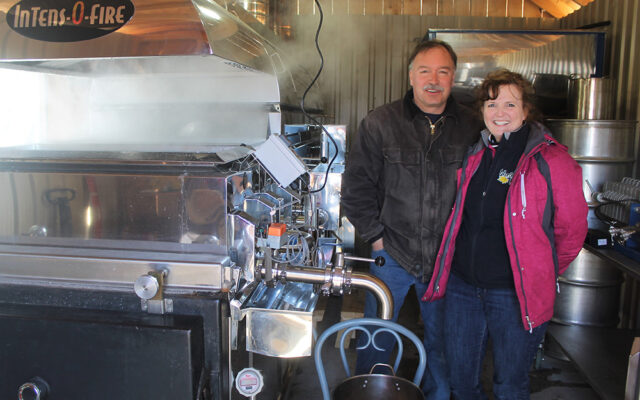 Maine Maple Sunday weekend is back, with smaller-scale plans amidst pandemic

Melissa Lizotte • March 24, 2021
Last March, when the King family entered the yard of their sugarhouse, The Maple Moose, on what normally would have been Maine Maple Sunday weekend, there were no people in sight to taste the maple taffy and corn fritters or witness the boiling of fresh maple syrup.

EASTON, Maine — Last March, when the King family entered the yard of their sugarhouse, The Maple Moose, on what normally would have been Maine Maple Sunday weekend, there were no people in sight to taste the maple taffy and corn fritters or witness the boiling of fresh maple syrup.

“It was very quiet and unusual and, to be honest, a little depressing,” said CJ King, co-owner of The Maple Moose, as he reflected on last year’s canceled festivities.

Like other sugarhouses throughout Maine, CJ and his wife, Jodi King, had been looking forward to their annual Maine Maple Weekend activities, but the COVID-19 pandemic intervened.

Fast forward to 2021: Maine Maple Sunday weekend is back this coming weekend, March 27 and 28. Although sugarhouses from southern Aroostook to the St. John Valley will focus on smaller gatherings due to COVID-19 precautions, they are ready to welcome customers.

King said 2020 was anything but normal, but they employed tactics to get through it. In a typical year, the last weekend in March is their busiest and most rewarding time, filled with thousands of people eager to taste their home-brewed treats.

After the COVID-19 pandemic forced the Kings to close their shop at 28 Bowers Road in Easton, the family adapted the best they could to make up for the lost revenue of Maine Maple Weekend. They set up a page on their website that allowed customers to order products and reserve a time to pick up their orders. 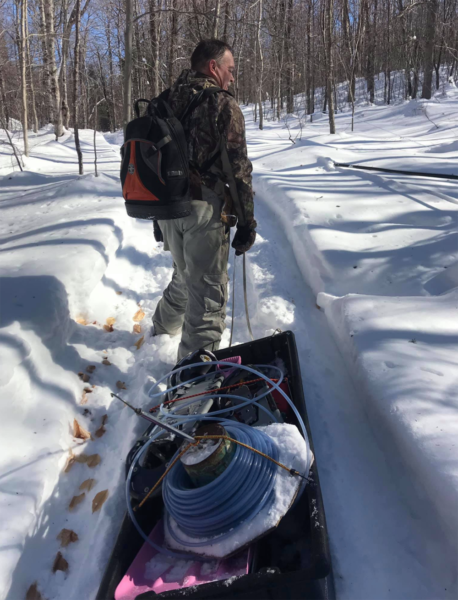 As the warmer spring and summer months arrived, they began to see more walk-in customers, though no crowds that could ever come close to the late March festivities. Nor could the Kings rely on annual craft fairs to bring their products to communities.

“We had a steady stream of walk-in customers throughout the spring, summer and fall that allowed us to stay ahead,” CJ King said. “But there are a lot of regular customers we haven’t seen in awhile.”

This year the Kings want people to know that their Maine Maple Weekend events on March 27 and 28 will be rather different. To stay compliant with CDC guidelines, they will not host tours inside the sugarhouse, but instead will allow people to view the boiler from a distance.

There will not be food vendors on site, but the Kings are hoping to host smaller events outside the sugarhouse, including taffy sampling. Folks will be allowed to enter the shop one at a time or in small groups to allow for social distancing.

“We are hoping that people will be respectful of us and each other so that we can have a successful event,” CJ King said. “It will be a very different event, but we’re still trying to do what we do on a smaller scale.”

Other Aroostook sugarhouses that are holding small-scale events on March 27 and 28 include Bradbury Maple Farms in Bridgewater, Northwoods Nectar in Eagle Lake and Spring Break Maple Farms in Smyrna Mills.

At Salmon Brook Valley in Perham, owners Roger and Joan Connolly opted to cancel their 2021 Maine Maple Weekend events, as they did in 2020. They cited concerns for the health and safety of their family members as reasons for not holding a large-scale open house and community breakfast as in year’s past.

“We miss the people and we miss getting together for the pancake and bean breakfast, but we’re just acting out of caution,” noted Joan Connolly.

Though the Connollys are not allowing direct visits into their sugarhouse and shop on 320 High Meadow Rd., they are providing curbside pickup. Joan Connolly said that people can order by phone or email and pick up their products outside the sugarhouse.

A ridge of Arctic air will build into the Valley today with temperatures only reaching around 0 degrees for a high in Fort Kent and falling into the minus-25- to minus-30-degree range tonight across northern Maine.
Crown Politics END_OF_DOCUMENT_TOKEN_TO_BE_REPLACED

Three candidates are vying for two seats on the Fort Kent Town Council. Voters will decide which of the three -- Corey Pelletier, Brandon Dayton or Andrew Caron -- will get a seat during the town’s annual election on Monday, March 22.
Our Sponsors END_OF_DOCUMENT_TOKEN_TO_BE_REPLACED