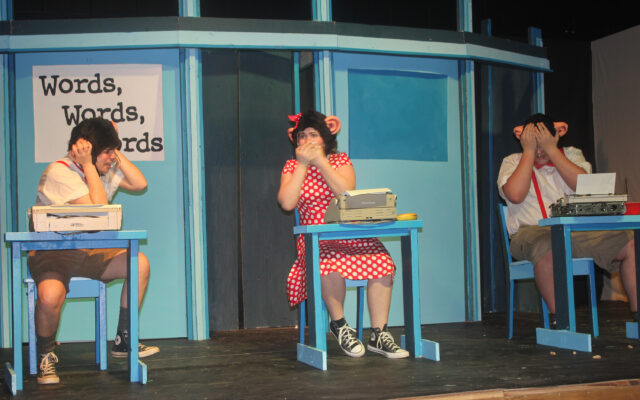 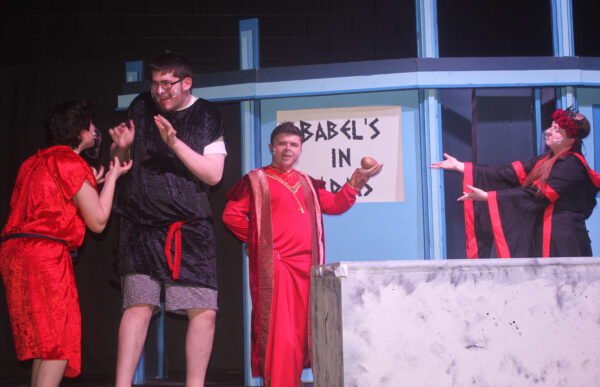 The students would normally perform the play live at the Regional Drama Festival One-Act Play competition, which the Maine Principals Association and Maine Drama Council sponsor.

Due to COVID-19, the competition will not take place this year.

Instead theater students at Maine high schools submitted videos of their productions, which were not judged, but viewed by one another. Chaz Pelletier, technical director for the play, recorded “Ives’ Five Lives” for submission. 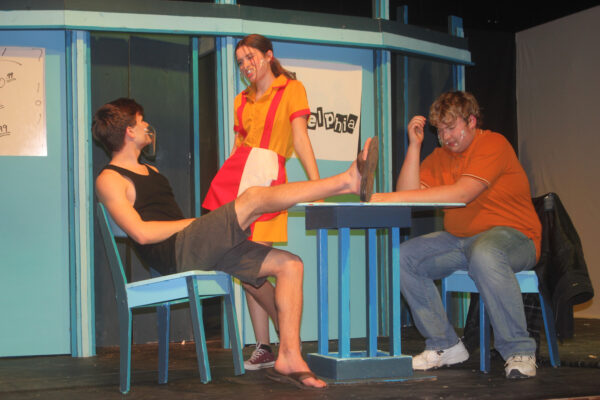 In one section of the play, sophomore Connor Pelletier convincingly portrayed an appliance repair man who was embroiled in a love triangle with his girlfriend (Tia Saucier), who always seemed to have a spot of grape jelly on her sweater, and his washing machine, played by Sadie Pelletier.

“I was so excited to be back on stage,” Pelletier said. “It’s been such a long time and the cast members are like family to me.”

Clapp said that with COVID-19 restrictions loosening in Maine, he hopes to squeeze in a musical this spring, and is reviewing potential productions. “The Addams Family” is one he may consider.

High pressure moving east will allow southerly flow to set up across the Valley with above normal temperatures across the region. Clouds will increase this morning as a cold front approaches.
Our Sponsors END_OF_DOCUMENT_TOKEN_TO_BE_REPLACED