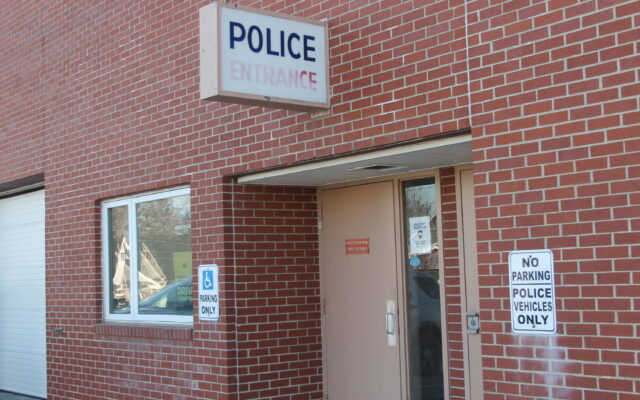 Hannah Catlin • March 23, 2021
Logan Fontaine had only been in the Madawaska police station for about a minute when he emerged to find his car gone from the parking lot.

MADAWASKA, Maine — Logan Fontaine had only been in the Madawaska police station for about a minute when he emerged to find his car gone from the parking lot.

It was roughly 6 p.m. on March 22 when Fontaine’s black Ford Edge was taken from where it was parked, idling in front of the police station. The Madawaska police quickly put out a “be on the lookout” notice on the vehicle make and model. At around 8 p.m. Caribou police officer Hunter Flynn recognized the car, and arrested the driver.

The driver and only suspect in the theft is Joel Landry. The Madawaska Police Department has charged Landry with unauthorized use of property and violation of a release condition. Caribou Police Department is charging him with operating after a license suspension.

The Aroostook County grand jury has indicted Landry a number of times in the past 10 years, including for criminal trespass, resisting arrest and arson.

Fontaine retrieved his car on March 23, though he had to pay a tow fine to do so. He reported the car was undamaged, though it smelled heavily of cigarette smoke.

He had only stopped at the police station that night to report what he believed to be a stolen bicycle. Fontaine was driving home from work when he noticed a man holding bolt cutters, walking down the street with what appeared to be a young girl’s bicycle.

Fontaine said he was grateful for the attention his post about the incident got on Facebook — a factor he said could have contributed to finding the vehicle had the search persisted. While the car was running at the time of the theft, Fontaine said he was shocked that it had been stolen at all, let alone from in front of the police station.

“I’ve never had an issue leaving my car running in Madawaska,” he said.