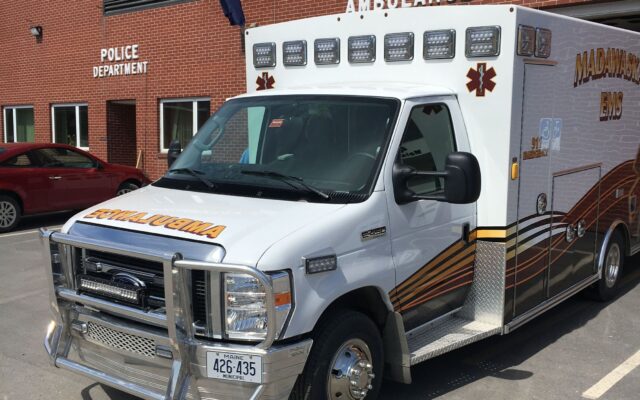 Hannah Catlin • March 18, 2021
If you call for an ambulance in the St. John Valley, help is on the way. But who shows up to provide that help and how much they’re paid has been a matter of contention between the towns that provide ambulance services here.

MADAWASKA, Maine — If you call for an ambulance in the St. John Valley, help is on the way. But who shows up to provide that help and how much they’re paid has been a matter of contention between the towns that provide ambulance services here.

Van Buren told Madawaska Town Manager Gary Picard in a letter last month that it would implement a $750 charge on all calls Van Buren Ambulance Service handles in Madawaska Ambulance Service’s coverage area. In response, Madawaska’s Board of Selectmen voted on March 2 to level an identical fee for any calls it covers for Van Buren.

This broke from a long-standing agreement between the two towns to cover calls in each other’s districts free of charge when resources were tied up at another emergency. This system worked across the Valley until a few years ago. Now, shifting dynamics between towns and rising costs for emergency medical services countywide are forcing communities to change the way things have always been done.

“I don’t think it’s a good thing,” Madawaska ambulance director Eric Cyr said. “I think it just hurts relationships between departments. It gives you a bad taste in your mouth. We’re all on the same team here. We all have busy days … It is certainly a sore subject when we talk about it, but at the end of the day, it is what it is.”

Part of the reason Madawaska called for more backup was its growing territory. In summer 2020, Grand Isle asked for new bids from ambulance services, and Madawaska won, adding to its already expansive coverage area including St. Agatha and Frenchville.

Van Buren town manager Nancy Troeger cited both the increase in calls for backup and the loss of revenue from Grand Isle in the town’s decision to rethink its coverage agreement with Madawaska.

Troeger doesn’t revel in the financialization of emergency care — especially when people’s lives are on the line — but the fact is that the more calls an EMS crew completes, the more viable it is in the long run.

“We don’t want to have more runs,” Troeger said. “But unfortunately, that’s definitely part of what makes it [maintaining EMS] possible because of the high cost of labor.” 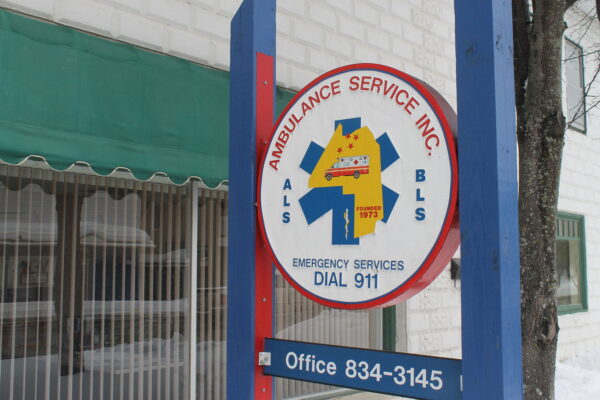 Van Buren is not the first Valley town to break with the “you scratch my back, I’ll scratch yours” tradition. In 2017, a similar story unfolded between Madawaska and Fort Kent’s Ambulance Service Inc.

ASI is the third and largest of the ambulance services in the St. John Valley. It covers the widest area — from Cross Lake to Allagash as well as part of the North Maine Woods — and reportedly averages more than 1,000 calls a year.

“When we got the calls initially and they said, ‘they’re out on a call, there’s no one else available,’ we went,” Labrie said. “But then, there was obviously a pattern that was being established and we were getting called quite frequently to cover their area.”

The decision to charge Madawaska for coverage coincided with Madawaska winning bids to cover St. Agatha and Frenchville the same year, both of which had previously been in ASI’s service area. Labrie said there was no connection between the territory shift and the decision to level a fee on non-member towns.

ASI set the $750 price that both it and now Van Buren use for out of service-area coverage. Labrie said it constitutes the cost of paying the crew, mobilizing a backup team while the primary is away, and depreciation on the ambulance and equipment used.

Aroostook County administrator and former Madawaska town manager Ryan D. Pelletier was leaving his job in Madawaska during the transition with Fort Kent, and said he found the move to charge for call coverage highly unusual — in part due to Maine’s statewide emergency mutual aid law.

“This whole idea of charging for mutual aid is really foreign for the state for sure,” Pelletier said. “I find it counterintuitive to the whole idea of helping your neighbor and that whole premise of we all respond when we need to.”

But mutual aid is tricky to define. Maine EMS Director Sam Hurley said that each municipality is responsible for defining the term among its neighboring communities. For some, backup call coverage might be included in that definition, for others it might only be considered for disaster or large emergency response.

Both Labrie and Troeger emphasized they felt that Madawaska’s calls for backup did not constitute mutual aid, but rather an unfair deal.

Pelletier said he felt that part of the reason call coverage has become an issue is the sometimes-sour relationship between Valley towns.

“There always has existed this competitiveness between the communities in the Valley for whatever reason,” Pelletier said. “We saw that play out with the regional school issue; we’re seeing it now with ambulances.”

However much inter-town politics might play a role, EMS county-wide is getting more expensive and more competitive. Ever since Presque Isle’s Northern Light A.R. Gould Hospital ceased its 911 services in 2019, a vacuum of EMS has caused rising prices across the board as its former member towns scramble to fill the gap.

Many have turned to large town services like Caribou’s and Presque Isle’s. Still others have formed their own ambulance departments or joined up with nearby towns to create small regional services.

All of these choices are costly with some towns of just a few hundred people facing potentially tens of thousands of dollars in increases.

“The reality is that EMS is expensive — providing 24/7 coverage on an ambulance with two staff members who are highly trained and qualified with an ambulance full of medical equipment that costs 30 [thousand] and 40 thousand dollars for a single piece of equipment,” Hurley said.

Hurley said the St. John Valley, like the rest of The County, has to consider how rising costs will affect future services.

“Say you do have Madawaska that is now required to pay $750 and they do use these other two agencies more often, is that going to jeopardize their viability if they’re going to have to pay $750 once a week or twice a week because one call couldn’t be covered or they were doing something else?” Hurley said.

For now, Madawaska’s backup calls are nowhere near that frequent. Of the nearly 1,000 calls Cyr reported last year, he said only about 3 percent were covered by other services. But last year, between ASI and Van Buren, Madawaska netted 22 unreciprocated calls for backup coverage — 11 to each of its neighbors. It cost them $8,250 this year, with fees only coming in from Fort Kent. An identical 2021 would cost the taxpayers $16,500.

Ultimately, Cyr said the cost is always worth it if it means getting someone the help they need.

“We’re not going to delay an ambulance responding to somebody for $750,” he said. “When an ambulance is called, one is going to come.”