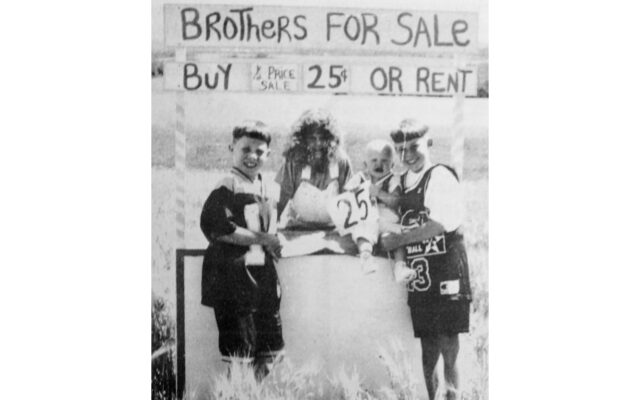 Farewell to Mrs. Wylie — A farewell coffee was held in the cafetorium of the Madawaska High School, March 10, 1971, for Mrs. Ruth Wylie, who is retiring as secretary to the guidance instructors.

The coffee was organized by Mrs. Anne Palmer, R.N., and Mrs. Marie Novack. Mrs. Wylie was presented with a corsage of red roses, a handbag and a floral centerpiece.

Madawaska king, queen — David Hachey and Marilyn Daigle reigned over the Winter Carnival held by the high school on March 5, 1971. Both are seniors and were chosen on points piled up over three years and by direct voting by the student body and faculty members. The seniors won the class events, followed in order by the juniors, sophomores and freshmen.

Madawaska town budget cut — It’s not 7.7 percent any more, it’s 8.6 percent. This is the final budget cut made by Madawaska Town Councilors in March of 1996. At the end of a budget meeting, budget cuts had been estimated at 7.7 percent. However, when councilors met, to review the warrant items, it was noticed that proposed cuts were equaled only at 6.3 percet. Town Manager Arthur Faucher said, “math errors” discovered in the draft budget had reduced the amount of the final cuts.

Frenchville children receive quilts — Students at the Dr. Levesque Elementary School in Frenchville were the beneficiaries of a quilt from two quilters from the St. John Valley. Greta Jalbert of St. John Plantation and Sandra Bosse of St. David donated material, equipment and time for making the reading quilt. The quilt is used for the students to sit on during story time in the library.

Low pressure south of Nova Scotia and its associated upper-level low pressure area will continue to draw moisture over the area aloft keeping plenty of clouds as well as a chance for some scattered showers through the afternoon.
Our Sponsors END_OF_DOCUMENT_TOKEN_TO_BE_REPLACED