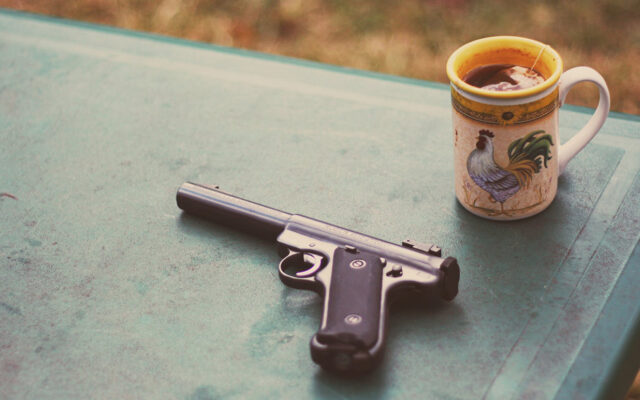 The council resolution, which was copied directly from Fort Fairfield’s, states Van Buren’s intent to “oppose unconstitutional changes or restrictions that may be proposed on the right to keep and bear arms of its citizens.”

“It’s a great idea. We need to protect our citizens with their right to bear arms,” Ouellette said.

Van Buren is a unique case among active Second Amendment sanctuaries in Maine. It is the first border community — one with a port of entry at that — and first town with no police department to become a sanctuary. Two members of Van Buren’s town council, John Beaulieu and Peter Madore, are Customs and Border Patrol officers.

Last year, a gunman used a weapon smuggled through the land port of entry in Houlton to commit the worst mass shooting in Canadian history. But Ouellette said he had no additional safety concerns about the resolution based on Van Buren’s role as a border crossing.

The state of Maine already has relatively unrestrictive gun laws — where no permit is required to purchase, possess or openly carry any rifle, shotgun or handgun, and state law forbids any centralized registry of firearms and gun owners. Plus, it remains unclear how enforceable these resolutions actually are, if Maine were to restrict its laws.

“The only thing we can do is try to protect the Second Amendment rights of our citizens in the community,” Ouellette said. “We don’t know how much power it will hold in a court or on a federal level, but we’re doing our part.”

That said, Ouellette was also unsure how Van Buren would respond should gun laws in Maine change and become more restrictive.

“I guess we would ask our citizens to be respectful,” Ouellette speculated.

Despite that, he still feels that the resolution is essential as a commitment to Van Buren citizens.

After Fort Fairfield declared itself a sanctuary in late January, rural communities across the state have begun considering sanctuary resolutions: Caribou City Council is weighing a resolution now.

Despite questions about how and when a sanctuary resolution could be enforced, Ouellette feels a wider movement to establish more sanctuaries is inevitable. On Tuesday, Oklahoma’s state Senate passed a bill to make the whole state a Second Amendment sanctuary.

“I think the Second Amendment sanctuary speaks for itself — I think you’re going to see other communities in the St. John Valley follow suit,” Ouellette said. “I think it’s something every community should do for their citizens.”

Several members of the Van Buren Town Council were not reachable for comment.

Maine’s longest serving legislator, Martin was first elected to the Maine House of Representatives in 1964 when he was 23.
Our Sponsors END_OF_DOCUMENT_TOKEN_TO_BE_REPLACED