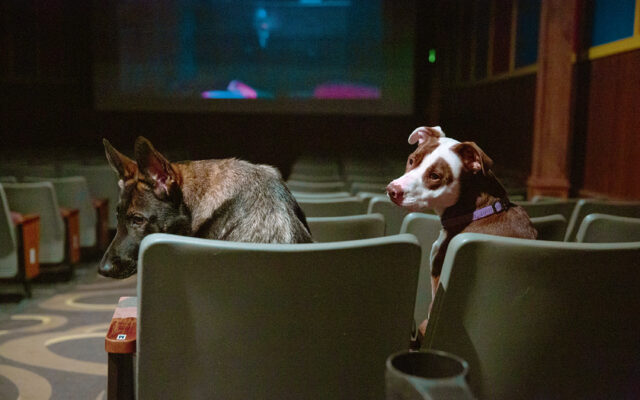 Century Theater, which celebrated 100 years in Fort Kent in 2017, has been closed since last March, but will reopen under the management of Anastasia Paradis, a web developer, and her boyfriend, software engineer Brandon Goding.

The couple recently relocated to the northern Maine town of New Canada from Anson — along with their dogs, horses and goats — to take over management of the business.

Ben Paradis, Anastasia Paradis’ grandfather, is owner of Century Theater, which is the only Maine indoor movie theater north of Caribou. There is a drive-in movie theater in Madawaska open during the summer months.

Paradis spent time helping out at Century Theater when she lived in the area for several years during her childhood.

“I would sell popcorn and tickets, or make cotton candy, and then clean up after each show,” Paradis said. “I have wanted to run the theater since I was quite small actually. As kids do, I would daydream about getting a real job there when I was older, and then eventually taking over the business. I never thought it could actually happen though.”

Memories of her time in northern Maine, and at Century Theater, never left Anastasia Paradis.

“ … My time up here was enough to give me a taste for living in the area, and so I jumped on the chance to move back up here when I got it,” Paradis said.

The movie theater industry was hit particularly hard by the pandemic due to restrictions related to social distancing and a lack of movie production.

In March 2020, Gov. Janet Mills issued an executive order prohibiting gatherings of more than 10 people to protect public health in the face of the emerging pandemic. Since then, the restrictions have loosened and in May

Ironically, the very thing that caused Century Theater to close in the first place is what allowed Paradis the opportunity to fulfill her goal of operating it.

“Fortunately, being in the technology field allows us to work remotely and gives us the time we need to pursue reopening the theater,” Paradis said. “Brandon’s job was willing to let him work remotely, before COVID, but mine only let me go fully remote once COVID started. Then I fell in love with working from home and asked that I stay fully remote even once our building opened back up.”

“We also wanted to jump on the great interest rates while we could,” Paradis added. “So at the very least, COVID accelerated our timeline, and it also closed the theater, which left the opening for us to come pick it up.”

Paradis said she recognizes the challenges of operating a movie theater even without the uncertainty of the virus.

“Even before COVID, streaming services and easy access to movies online were already taking their toll on the industry; it’s even harder being a small town theater,” she said. “Getting movies that people actually want to see is more difficult than you might think. The big businesses that we get our movies from don’t profit much from our little two screen cinema, so we have to work hard to be taken seriously and to be able to provide our moviegoers with content worth watching.”

Despite changes in the landscape of movie viewing, Paradis said she is not counting out people’s desire to spend time at a movie theater.

“It’s a great source of fun and entertainment for family and friends, and I think that even though streaming movies at home is fun and easy, a lot of people are missing the experience of going out to the movies,” Paradis said.

Century theater has long been a community asset that not only shows Hollywood movies but has broadcast championship Fort Kent Community High School athletic games held downstate, and was even the site of the premier of a movie “Quintuplets,” that a local educator wrote and directed.

“I think this theater in particular has a lot of community support,” Paradis said. “We’ve begun engaging on social media, and I have been blown away by the amount of people that are excited to see this place open again.”

Paradis said a reopening date for Century Theater remains uncertain but she aims for this spring if possible.

“We’re in the very early stages of putting together a plan to allow viewers to watch movies safely,” Paradis said. “We will open as soon as we believe we can ensure the theater’s success.” 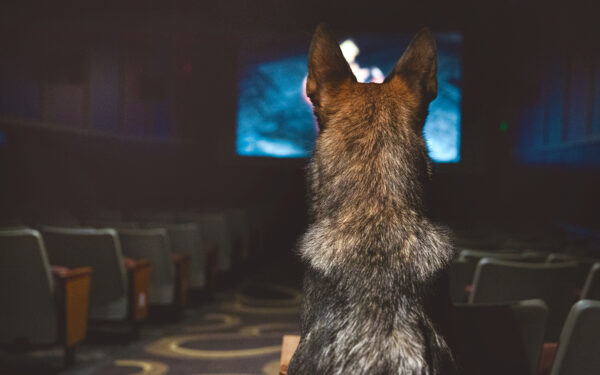 When Anastasia Paradis and Brandon Goding moved to Fort Kent and took over management of Century Theater, they brought along furry family members including German shepherd Suka. (Courtesy of Anastasia Paradis) 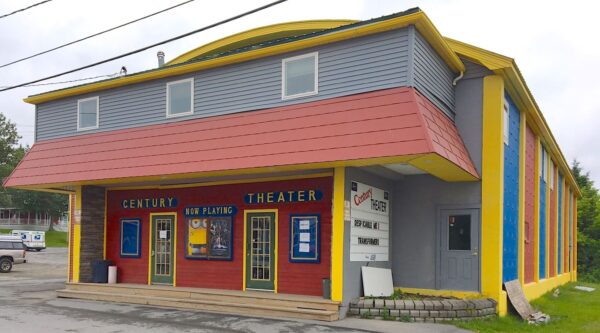 What is now The Century Theater in Fort Kent and was once the Savoy Theater, turned 100 in July 2017. (File Photo | Julia Bailey)

High pressure will move east of the region today while a cold front approaches from the west. Mostly cloudy skies are expected through the day.
Our Sponsors END_OF_DOCUMENT_TOKEN_TO_BE_REPLACED