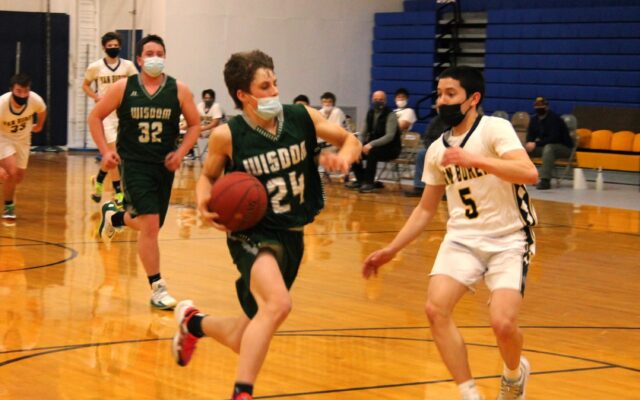 Hannah Catlin • March 8, 2021
Van Buren’s varsity boys basketball team cleaned up at Saturday’s semifinal against Wisdom, 64-39. Maintaining a 20-point lead for much of the game, the home team out-shot, out-scored, and generally outplayed their rivals, securing their spot in the Division II championship.

VAN BUREN, Maine — Van Buren’s varsity boys basketball team cleaned up at Saturday’s semifinal against Wisdom, 64-39. Maintaining a 20-point lead for much of the game, the home team out-shot, out-scored, and generally outplayed their rivals, securing their spot in the Division II championship.

The regional championship will take place back in SAD24’s gym in Van Buren on Tuesday, when the home team faces off against Southern Aroostook, another dominant team.

“They’re big, they’re fast, they’re a good team,” Head coach Steve Lapierre said. “We’ve got to play one of our best games to play with them. I think our kids, if they play the way they’re capable of, we can compete and we’re looking forward to it.”

In Saturday’s game, the score remained tight for the first quarter, but it wasn’t long before Van Buren began to pull away, widening the lead to 20 by the half. The team was led by a power performance from Isaiah Morales, who scored nearly half of his team’s points, putting up 29.

Wisdom struggled to capitalize on scoring opportunities throughout the night, despite some fast plays championed by its guards. One of those guards, Carter Pelletier led scoring for his team with 19, also sinking almost half of his team’s total points.

It was a lopsided matchup from the jump. Not only did Van Buren secure a bye for the first round of playoffs, but the team played more total games than Wisdom this year, which sat out the first six games due to COVID-19. Plus, despite a key injury, Van Buren’s roster is nearly twice the size.

While Van Buren has all eyes on Tuesday, Wisdom is already looking forward to next season. The team is only graduating one of its players this spring, and with its quick backcourt and some promising eighth grade prospects, head coach Dominique Rossignol has hope for a bright future for the team.

“What I’ve been preaching to the guys all year is, let’s look at this as year one of a two-year project,” he said. “A disappointing loss, but overall a productive year in development, and I think we lit a bit of a fire under them to hopefully work hard in the summer and come back ready to have more of a normal season next year.” 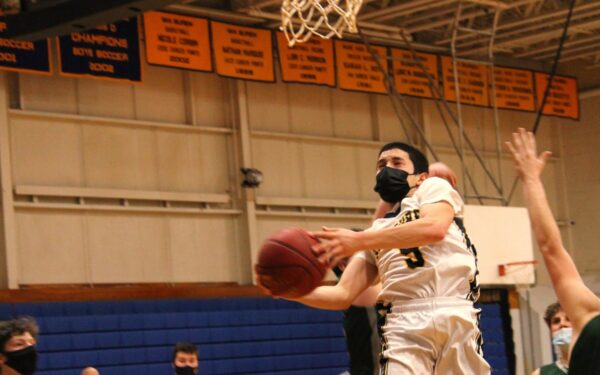 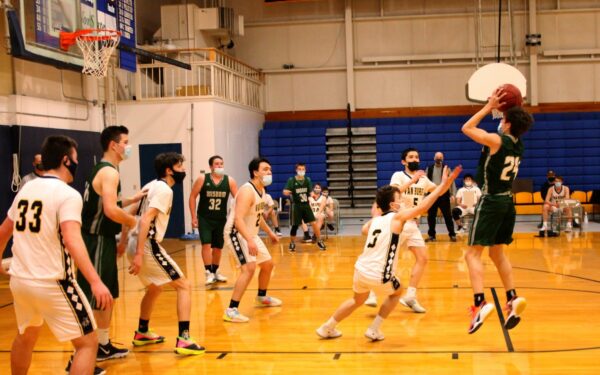 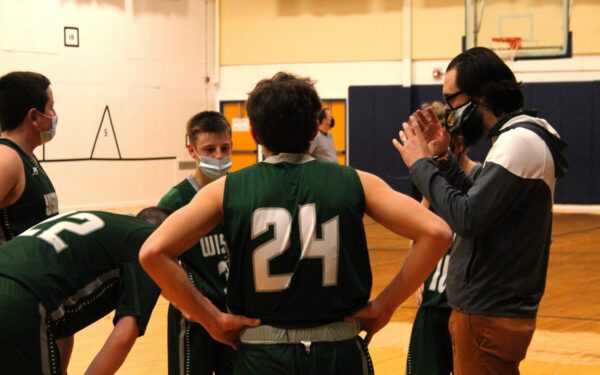 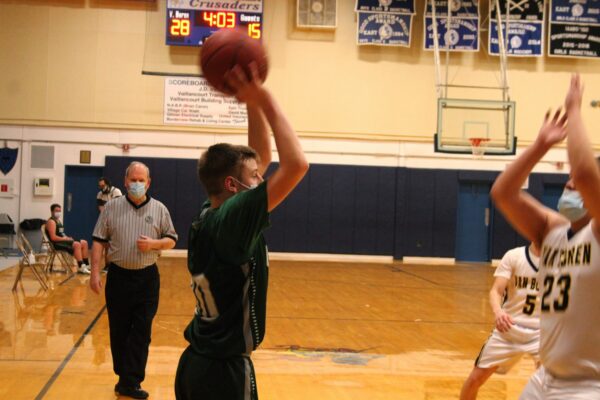 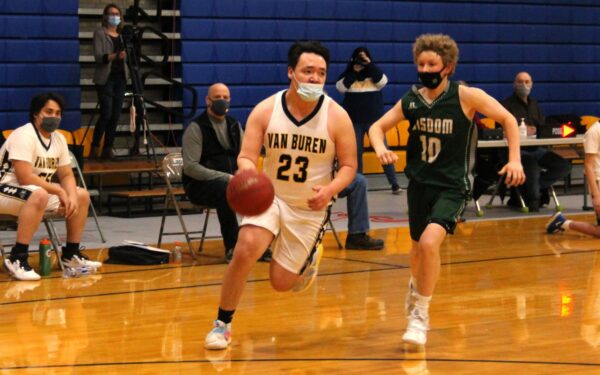 SJV Weather for April 7 - 13, 2021 Low pressure south of Nova Scotia and its associated upper-level low pressure area will continue to draw moisture over the area aloft keeping plenty of clouds as well as a chance for some scattered showers through the afternoon.
Our Sponsors END_OF_DOCUMENT_TOKEN_TO_BE_REPLACED