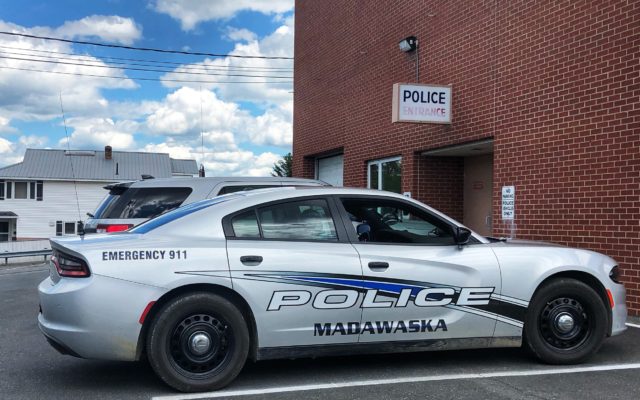 Hannah Catlin • March 8, 2021
A Customs and Border Patrol officer reported the crash at 2:48 a.m. after coming across downed wires in the road between Madawaska and Frenchville.

No one was injured in a dramatic, single-car, single-passenger crash in the early hours of March 6. A Customs and Border Patrol officer reported the crash at 2:48 a.m. after coming across downed wires in the road between Madawaska and Frenchville.

When Madawaska police arrived, they discovered the car on its side in the trees just off the road, abandoned.

The car, a 2007 Volkswagen, was eastbound on Route 1 when it crossed the yellow line, struck the guardrail twice, traveled over the guardrail, downed a telephone pole and finally came to rest after striking a tree. The vehicle is totaled.

The driver and sole passenger, Kerissa Rouleau, 21, of Grand Isle abandoned the vehicle and failed to report the crash until late the next day. Rouleau reported she had fallen asleep at the wheel and lost control of the vehicle, according to Lt. Jamie Pelletier.

Rouleau is facing a Class E charge of failing to report an accident by the quickest means. A conviction could carry a sentence of up to 6 months in jail, $1,000 fine and license suspension.

Pelletier estimated Rouleau’s court date would come in May.

Low pressure south of Nova Scotia and its associated upper-level low pressure area will continue to draw moisture over the area aloft keeping plenty of clouds as well as a chance for some scattered showers through the afternoon.
Our Sponsors END_OF_DOCUMENT_TOKEN_TO_BE_REPLACED