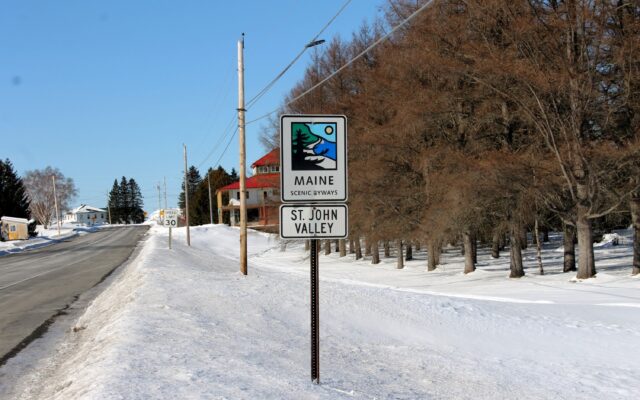 Hannah Catlin • March 6, 2021
Tourism advocates are working to make the St. John Valley a national destination for drivers, with the hope that traffic on the roadways will translate to a boost to the area economy.

MADAWASKA, Maine — Tourism advocates are working to make the St. John Valley a national destination for drivers, with the hope that traffic on the roadways will translate to a boost to the area economy.

A huge step toward that goal came last month, when the federal government named three new national scenic byways in Maine, including the St. John Valley Cultural/Fish River Scenic Byway. The Fish River Scenic route runs up Route 11 from Portage to Fort Kent, and the St. John Valley Cultural route arcs across the top of the state from Hamlin to Dickey.

Sheila Jans, who lives in Madawaska and has served as a consultant on the byway’s development since 2012, said that the 130-mile route through the St. John Valley offers travelers a totally unique experience that could draw people from all over. For one, the culture varies from town to town, from Acadian to French Canadian to Scotch Irish to Maliseet.

Plus, travelers seeking to escape urban life might be drawn to the Valley’s small-town feel, she said.

“There is an immediacy of the experience when people can sit in a little tiny restaurant and have some ployes or a chicken stew,” Sheila Jans said. “There’s something really powerful about that and I think people are yearning for that direct experience with communities and people.”

But of course the question isn’t just what the Valley could give to tourists, but how tourism could contribute to the valley.

“More people means more business … the best way to revive a main street is to have more people going through,” Don Cyr, founder of the Musee Culturel du Mont-Carmel in Lille, said. 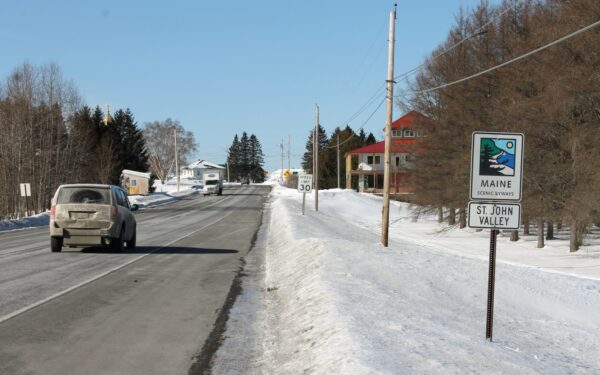 Refreshing main street is a top priority for area towns. Van Buren Town Councilors discussed the byway, which runs through their downtown, at their March 2 meeting. Council members connected the prospects of increased tourism with their plans to revitalize the downtown area and replace a dilapidated building with a pocket park.

“We know Main Street is in need of help,” Council secretary Peter Madore said. “I think you have a proactive council right now that’s really looking hard — [Town Manager Nancy Troeger] is really looking hard into getting us funding and we would really like to get rid of the cancer. These abandoned buildings that are falling down aren’t doing us any good.

“With [the byway] proposal here, I think we could incorporate that and move forward.”

Federal funding available to byways could, in part, support efforts to improve the immediate area — installing signage, building scenic turnouts or funding efforts like the one Van Buren is making to revamp the downtown area.

Securing that funding is the next step for the Maine Department of Transportation, but it will be a fight. The federal government has made only $16 million of support available nationwide, and whatever money Maine can secure from that pot will have to be divided between all three of its new scenic byways.

There is somewhat of a consensus among advocates that the designation is a first step, a way to build momentum for future expansions.

“It’s hard to draw people [to the Valley] selling culture,” MDOT Scenic Byways Program Coordinator Fred Michaud said at the Van Buren Town Council meeting. “Culture’s a thing you experience. You’re not going to sell the idea of ‘Come to the St. John Valley to hear people speak French.’ It’s just not a marketable commodity per se. However, it enhances the visitation.”

That process is already underway. In December 2019, Northern Maine Development Group secured a federal designation for its bike route — now U.S. Bike Route 501 — from Bangor to Allagash. Michaud thinks that there’s an opportunity to bring bike tourists to communities throughout the Valley.

Another idea is to one day create a joint byway with Canada, expanding the Valley travel experience to both sides of the St. John River. Cyr was in favor of this idea, highlighting the opportunity to keep visitors in the Valley for longer. He envisions a figure eight loop winding back and forth across the border.

“You could get on at any point and stop at the same point,” Cyr said. “That’s incredibly advantageous for tourism.”

The Valley doesn’t want for winter tourists — with snowmobiling being a major pillar of the seasonal economy. But advocates want to tie tourism to the culture and history of the region itself and make the communities along the byway the destination.

If Route 1 did become the next Route 66, maybe the whole economy would get the shot in the arm it needs.

“A real challenge for a lot of local people who best reflect the uniqueness of the area is the difficulty of making a living here,” Jans said. “We should be looking for tools that [show] what this place has to offer the world. Hopefully, if we’re able to build the momentum and get the resources we need … people could actually say, ‘You know, hey, there’s real opportunity here. I’m going to hang around.’”

Correction: An earlier version of this story had the wrong word in a quote from Sheila Jans. The quote should have said: “There is an immediacy of the experience when people can sit in a little tiny restaurant and have some ployes or a chicken stew.”

Maine’s longest serving legislator, Martin was first elected to the Maine House of Representatives in 1964 when he was 23.
Our Sponsors END_OF_DOCUMENT_TOKEN_TO_BE_REPLACED