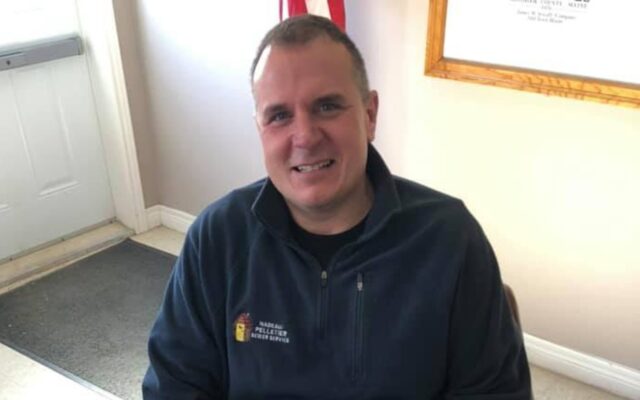 FRENCHVILLE, Maine — The town of Frenchville is seeking a new town manager after Ryan E. Pelletier resigned from the position following six years of public service.

Pelletier, 47, formally announced his resignation in a Sunday, Feb. 21, letter addressed to the Board of Select People and residents of the town.

“There was no gripe or nothing; he just made a decision he wanted to go back to the construction field,” Frenchville Board Chairperson Yvon Dube said of Pelletier’s resignation. “He was a great town manager, a go-getter. He cared for the people and he went above and beyond the job. As far as the board goes, we’re wishing him luck on his new adventure.”

Pelletier will work at the construction business his grandfather founded, Ed Pelletier & Sons Co., as a project manager and estimator.

“I have been in construction for over 25 years and it definitely is my life passion,” Pelletier said.

He said he became Frenchville town manager because he felt the experience he had in management and civil construction could make a difference.

Pelletier said the best thing about being a town manager was achieving results that positively affected the community.

“It would definitely make your soul feel good as things were getting accomplished,” Pelletier said.

Among the achievements Pelletier is most proud of is the construction of a new 16-foot by 32-foot pavilion as well as two 16-foot by 7-foot handicap accessible bathrooms at Heritage Park, replacing 147 town streetlights with more efficient LED lights, upgrades to the public works garage, equipment and roadways, and administrative technology upgrades to allow for online bill paying.

Pelletier said the greatest challenge he faced as a public servant was trying to make everyone happy.

“I had a lot of pride in everything I did and the complaints were the hardest thing I had to deal with,” he said. “I am sure that some of the other town managers don’t have a problem with the negative comments but I always did, and took everything to heart and that made my life very stressful.”

Pelletier lives in Madawaska with his fiancee, Alison Theriault, and future stepdaughter, Adaline.

He is also the proud father of sons Reece and Logan and daughter Blake.

The town of Frenchville is currently accepting applications for a new town manager.

“It’s a hard job; it’s not for everybody,” Dube said. “I’m hoping for somebody just as devoted as [Pelletier] is.” 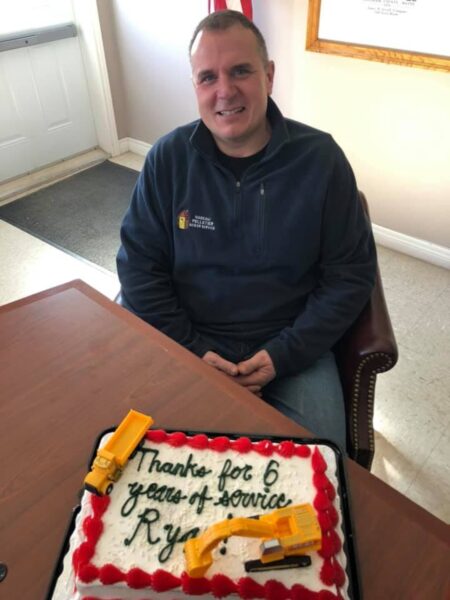 The Town of Frenchville says goodbye to town manager Ryan E. Pelletier who left the position after six years of public service. (Courtesy of Susette Zetterman)

A broad area of low pressure crossing the state will bring widespread rainfall to the entire SJV today and tonight. Rain tapers to showers Thursday morning with showers lingering into the evening hours as the low lifts to the northeast.
Our Sponsors END_OF_DOCUMENT_TOKEN_TO_BE_REPLACED