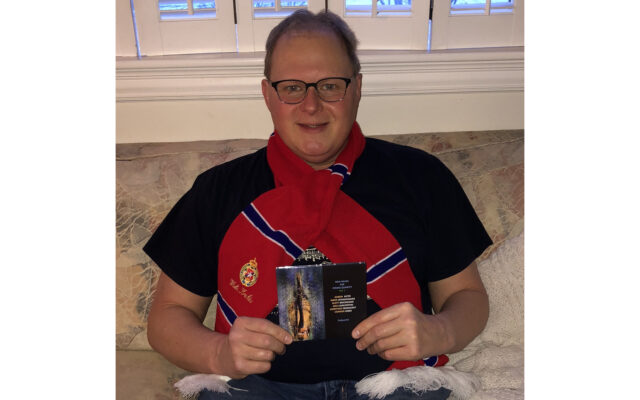 Contributed • February 26, 2021
University of Maine at Fort Kent professor of music and education Dr. Scott Brickman has had his compositions included in a new CD release by the music label Phasma.

FORT KENT, Maine –– University of Maine at Fort Kent professor of music and education Dr. Scott Brickman has had his compositions included in a new CD release by the music label Phasma.

Scott Brickman’s String Quartet #1 “Chernowitzer”, written in 2017 for the Chernowitzer String Quartet of Chernivtsi, Ukraine, and premiered by that group in Chernivtsi in November of 2017, was commercially recorded by the ExQuartet of Szczecin, Poland. Their recording, released on the Phasma label (Phasma Music 024) and distributed by the Naxos world-wide, won a Silver medal achievement in the categories “composers” and “album” by the Global Music awards.

“Your music brings people together, is what a young friend of mine who is a Christian Social Worker from Kiev, said,” notes Dr. Brickman. “This recent recording encapsulates that idea. The recording happened because of flautist Iwona Glinka; she is a supporter of new Music who was born in Poland and lives in Greece.”

Brickman’s Quartet is in four movements; a traditional Sonata form, a Lullaby, a Waltz and a Rondo.

His compositions are recorded on the Parma label in the USA and on the Phasma label in Europe. His orchestral music has been performed in Croatia, Czechia, and Ukraine.

Dr. Brickman holds music degrees from the University of Wisconsin and Brandeis University. Dr. Brickman has taught at UMFK since the fall of 1997. Professional recordings of his music are available on iTunes, Amazon, Spotify and other digital platforms, and through hard copies primarily but not exclusively on the Parma and Phasma labels.

Maine’s longest serving legislator, Martin was first elected to the Maine House of Representatives in 1964 when he was 23.
Our Sponsors END_OF_DOCUMENT_TOKEN_TO_BE_REPLACED