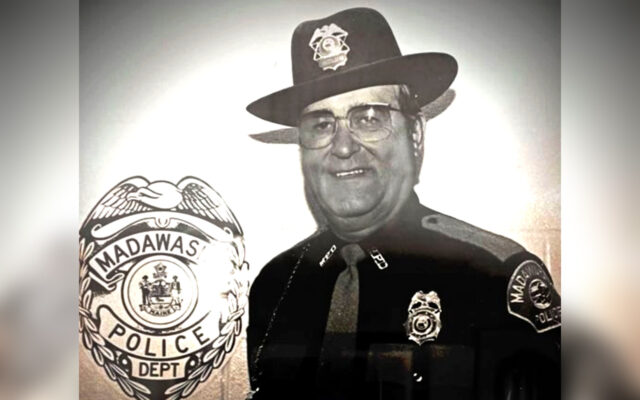 Hannah Catlin • February 22, 2021
Former Madawaska police chief Norman Chasse was a towering figure in his community, in every sense of the word. Chasse spent more than 30 years serving the town, first in public works, then as a police officer, and ultimately as the police chief. Chasse died in the early hours of Feb. 18 due to complications following a stroke he had in December 2020. He was 92.

MADAWASKA, Maine — Former Madawaska police chief Norman Chasse was a towering figure in his community, in every sense of the word.

Chasse spent more than 30 years serving the town, first in public works, then as a police officer, and ultimately as the police chief. Chasse died in the early hours of Feb. 18 due to complications following a stroke he had in December 2020. He was 92.

Standing well over six feet tall, Chasse had an imposing stature, but his family, friends and colleagues remember him as a fundamentally gentle and compassionate man.

“He was a big man but he also had a big heart,” fellow former police chief Ron Pelletier said. “He loved the people of Madawaska, that was his community.”

Chasse served as chief from 1975 until his retirement in 1984, though he started working at the department back in 1952. When he first joined, the police still worked out of the town offices. It was only later during his tenure as chief that the department moved to its current location at the Madawaska Safety Complex.

Those were busy days for the police department, with a thriving downtown bar scene driven by “flyboys” driving up from Loring Air Force Base. Fights among patrons were common.

But Pelletier recalled that Chasse was often able to prevent violence and crime with his “common sense” approach. People felt at ease around him.

“He knew the people from the community, he knew how to talk to them,” Pelletier said. “Nowadays they call it community policing — that’s not a new issue, that happened years and years ago.”

Chasse’s son, Danny, remembered how hard his dad worked during his years as an officer. Before he became chief, Norman Chasse held down multiple jobs, running a hot top paving company during the day, and then working a 4 p.m.-2 a.m. shift at the police station. He also ran a redemption center and rented apartments in town.

But Danny Chasse remembers that meant there was always food on the table for the family.

Born on June 5, 1928, Norman Chasse grew up on a farm about 15 miles outside of downtown Madawaska. To his 10 siblings, he was always someone to look up to. His younger sister Martha Lavertu recalled how they admired the “little farm boy from the outbacks of Madawaska,” who’d become the chief of police in their hometown.

“To me, when I was growing up, he was always guiding me,” Anne Chasse Blaylock, the youngest of the siblings, said. “It’s like he was a second father.”

Although there were 20 years between Blaylock and her older brother, he always looked out for her. When she joined the basketball team in high school, Chasse would let her stay at his home in town on game nights so she’d be on time the next day.

After his retirement, Chasse enjoyed fishing, spending time with family near and far, and travelling — he visited Hawaii, California and Arizona, as he had always dreamed he would.

Chasse also regularly visited the Madawaska police station, where he made an impact on the next generation of officers. Current police Chief Ross Dubois said that Chasse and his peers are “bigger than life personalities” to the officers working there now.

For his compassion, for his service, and for his love for the community, Chasse’s family is extremely proud.

And to his whole community, he will be deeply missed.

“I remember him as a good man, a good mentor, a good friend,” Pelletier said. “He’ll be missed by the community he loved and served and protected.”

Chasse is survived by his many friends and family members, including his four children, Danny, Carol, Steve and Glenn, and his wife, Rachel.

High pressure over western Québec will build into the Valley today and center over the region tonight. The ridge will move east of the region tomorrow with a low pressure area approaching from the west with a cold front.
Our Sponsors END_OF_DOCUMENT_TOKEN_TO_BE_REPLACED