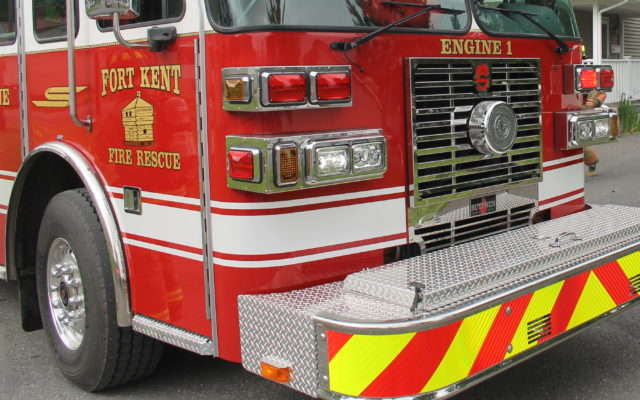 FORT KENT, Maine — Volunteer Fort Kent firefighters were busy Wednesday and Thursday as they responded to two fires in the town.

Just after 9:30 a.m. Wednesday, 14 firefighters responded to a report of a carrier truck on fire at 267 North Perley Brook Road.

The firefighters responded with three engines, and the rescue truck. The fire was contained to the cab of the wrecker and was caused by an electrical issue in the cab wiring, Fort Kent Fire Chief Ed Endee said. Firefighters cleared the scene at 10 a.m.

Just over 24 hours later, at 9:44 a.m. 10 Fort Kent firefighters responded to a chimney fire at 467 West Main St. with an engine, tower ladder and rescue trucks.

The firefighters put out the fire and cleaned the chimney and there was no damage to the structure of the single-family residence.

The fire was caused by a build-up of creosote in the chimney, Endee said. Firefighters cleared the scene shortly before 11 a.m.  No people were injured as a result of either of the fires.

As election season winds down to its final stretch, candidates are raising money to fund their campaigns, hoping to prevail in the Nov. 3 election, which has already seen millions of Americans cast their ballots in early and absentee balloting.
Apex Weather END_OF_DOCUMENT_TOKEN_TO_BE_REPLACED

Clouds are expected to increase this afternoon as a weak upper trough over the Saint Lawrence drifts southwards producing a chance for afternoon snow showers across the region.
Our Sponsors END_OF_DOCUMENT_TOKEN_TO_BE_REPLACED