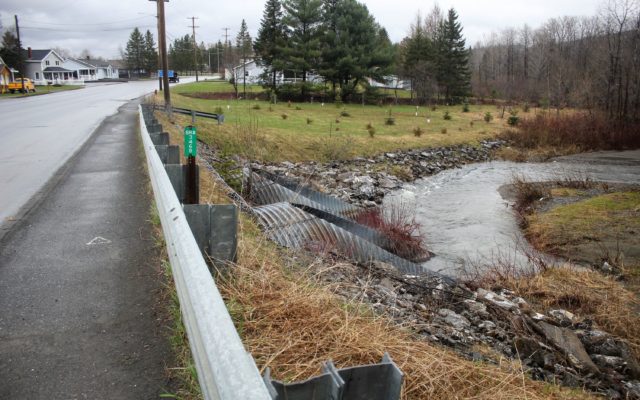 “Whether it’s keeping our roads and bridges safe for loggers and truckers or ensuring culvert upgrades to protect our drinking water and natural resources, investments in our infrastructure are critically important for Maine’s economy and everyday life,” Jackson said.

“There isn’t a week that goes by that I don’t get questions from constituents about projects in northern Maine, and I am glad to see DOT’s work plan over the next three years,” he said.

Of the 175 projects listed in the three-year plan for The County, 101 are scheduled for this year.

The most expensive plan for 2021 is the replacement of Perley Brook Bridge in Fort Kent, with a total cost of $3.6 million.

Other notable projects for this year include highway improvement on Route 1 in Presque Isle ($2.5 million) and pavement of ultra-thin bonded wearing course on a 10-mile stretch around Caribou, New Sweden and Woodland ($2.3 million). The total cost for all 2021 projects was $29 million.

Presque Isle has the most projects of the four major Aroostook towns at 22, followed by 15 in Caribou, 12 in Houlton and eight for Fort Kent. Three of the projects include plans for both Presque Isle and Caribou.

The combined total of all planned projects for Aroostook County alone is around $97 million. The most expensive individual project, a 15-mile overlay going through the towns of Hersey, Moro Plantation, Mount Chase and Patten, will cost approximately $6 million, and is planned for the 2022 and 2023 work years.

Other higher-priced projects include a $4 million project along 20 miles along Route 2 through the southern Aroostook towns of Houlton, Ludlow, New Limerick, Oakfield and Smyrna, along with $4 million reconstruction along the highway in Frenchville. Both are also planned for the 2022 and 2023 work years.

The Maine DOT stated in their work plan that the Frenchville construction had incomplete funding, and would need further grants if the project were to go through.

“The project is only partially funded for construction and is contingent upon a successful future competitive grant application,” the work plan states.

According to Jackson, the work plan covers approximately $2.71 billion worth of construction and maintenance for the entire state of Maine, and includes 2,180 work items.

The three-year plan estimates MDOT will invest in 100 miles of highway construction and rehabilitation, 893 miles of pavement preservation, 2,175 miles of light capital paving for roads and highways, 222 highway safety and spot improvements, and 166 bridge projects.

As election season winds down to its final stretch, candidates are raising money to fund their campaigns, hoping to prevail in the Nov. 3 election, which has already seen millions of Americans cast their ballots in early and absentee balloting.
Apex Weather END_OF_DOCUMENT_TOKEN_TO_BE_REPLACED