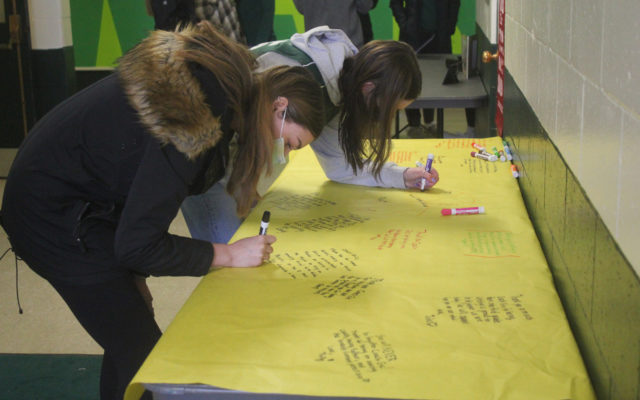 Hundreds of current and former students, parents, colleagues and friends took to social media in the hours after Mr. Werntgen’s death to express their sadness and share positive memories of the man who contributed his talents, enthusiasm and kind nature to enriching the lives of others.

“Our staff are also really struggling because he was an amazing co-worker too,” she said.

As the physical fitness educator at the high school, Werntgen thoughtfully considered the needs of all students when formulating his lesson plans. 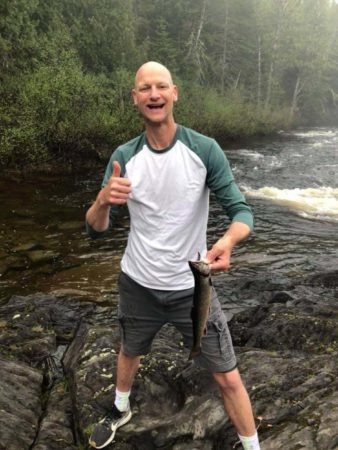 In 2016, Werntgen introduced wheelchair basketball to his classes because one of his then students, who was also Werntgen’s nephew, used a wheelchair.

“He’s in a wheelchair, but he really loves basketball, so I thought it was a good idea to give the students his perspective, so to speak,” Werntgen said at the time.

“He even got ‘Just Dance’ on Wii in the weight room, for the girls [me] who didn’t like gym class,” she said.

“Eric was one of the most genuine people I have ever met,” Paradis said on Friday. “He was always upbeat and positive about anything, not a single negative bone in his body. I cannot thank him enough for everything he has done for our community. Without him my high school sports career would not be the same. I will cherish every moment I have spent with him.”

Fort Kent junior Kassidy O’Leary said Werntgen took the time to get to know every student.

“Eric was so personal with compliments,” she said. “He remembered little details about all of us. He could tell you what every kid strived to become, because it mattered to a guy as deep as he was. He wanted that great success for all of us.”

Kassidy O’Leary added what so many have said about Werntgen’s enthusiasm for the Fort Kent Warriors.

“He was the loudest person on our bench, without fail, every game,” she said.

“Eric was truly a warrior at heart. Whether it was on the field, court, mountain, track, pitch, it didn’t matter where or what time, you could find Eric in the crowd,” Hafford said. “Of course he was the loudest one there and he has always been the Warriors No. 1 supporter.supporter. He got the crowds up and cheering, and even some of us up and dancing for a pizza. Eric always made sure at home games, our student section and crowds were the loudest ones.”

Prior to working for SAD 27, Werntgen served as a coach and athletic department staff member at the University of Maine at Fort Kent.

Jess Jalbert, a teacher at Fort Kent Elementary School, was recruited in 2000 by Werntgen to play soccer at UMFK when Werntgen was the Lady Bengals’ first soccer coach.

“He always believed in me and never gave up on us,” Jalbert said. “I owe any success I had to him.”

Jalbert was later inducted into the UMFK Hall of Fame. Werntgen introduced her and spoke on her behalf at the ceremony.

Former UMFK athletic director Bill Ashby worked with Werntgen at UMFK. The men remained friends over the years long after both moved on to different jobs.

“I will remember Eric as a positive, friendly, lighthearted, easygoing, and can-do person,” Ashby said. “I was always impressed with Eric in how he could build personal relationships with his students/athletes, lasting well past their time together at UMFK.”

“He was a big-hearted man,” Ashby added. “He always wanted to give everyone a second-chance, third-chance, and fourth-chance — always could find the good in people.”

Lucas Levesque also worked with Werntgen at UMFK. Levesque noted Werntgen’s contributions to the university, his time with SAD 27, as well as his volunteer efforts coaching basketball with the Fort Kent Recreation Department.

“There probably is not a basketball player in FK over the last 15 years that hasn’t been coached by Eric on some level or another,” Levesque said. “He was by far one of the most selfless and respected coaches you will ever meet. His personality was infectious, his sense of humor on point, and his heart as big as they come. His impact in the community, on his friends and family, and on me is immeasurable.” 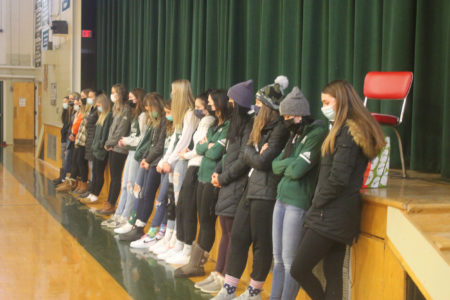 Fort Kent Warrior girls basketball coach Kelly O’Leary met with current and former members of his team at the high school gymnasium on Friday afternoon to discuss the loss of Werntgen.

“He cared a lot about kids,” Kelly O’Leary told the students. “There’s an old [saying] — ‘A man never stands so tall as when he stoops to help a child’; Eric was a tall guy.”

Deep low pressure near Newfoundland will keep breezy conditions across the SJV today and tonight as it interacts with high pressure building down from the northwest.
Our Sponsors END_OF_DOCUMENT_TOKEN_TO_BE_REPLACED