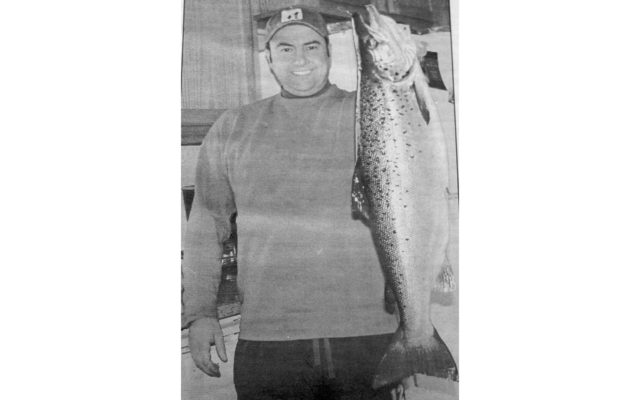 Contributed • January 28, 2021
50 Years Ago -- Jan. 28, 1971     Madawaska shopping center going up -- Plans for a $1.2 million shopping center complex for Madawaska were released this week, which in addition to greater shopping facilities, would also bring about 100 more jobs for residents.

Madawaska shopping center going up — Plans for a $1.2 million shopping center complex for Madawaska were released this week, which in addition to greater shopping facilities, would also bring about 100 more jobs for residents.

The complex, being developed by Research Associates of Portland, will be a first class center located on the Robert Lavoie farm, between 23rd and 25th avenues. This section is located just west of Madawaska on U.S. Route 1. Charles Crockett, vice president of Research Associates, said several major businesses have already agreed to locate in the center. Included are Mammoth Mart that will occupy a 52,000-square-foot department store, and a Samspo Supermarket that will occupy 14,000 square feet.

20 CN cars derailed — Twenty cars of Canadian National freight train 341 were derailed at Bretagne, Quebec, at 2:15 a.m. Monday. The train which runs from Edmundston to Montreal, had 64 cars loaded with steel and 12 empties. Auxiliary trains from Edmundston and Joffre worked 32 hours to clear the tracks.

Washout causes train derailment — Engineers aboard a 24-car Bangor and Aroostook Railroad freight train heading west late Friday night through the raging rain and wind reportedly saw the tracks washed out just ahead of them, but there was nothing they could do. The driving rain had washed out the railroad bed, about halfway between Madawaska and Frenchville, leaving the rails suspended above a shallow gorge. It was not enough to support the weight of the locomotives. The three engineers say that “all shipments would be re-routed along other BAR tracks” although there is only one railline in the St. John Valley. It branches into New Brunswick at Van Buren, but is only connected to the rest of the country via Fort Kent.

Del Duplessis honored for cedar canoe — Rep. Bernard Ayotte recognized Duplessis for his completion of the 16-foot cedar canoe. Duplessis said that he worked on the project well over 85 hours over a period of three weeks. Ayotte said it was one of the most beautiful canoes he had ever seen, and that the quality and workmanship was “superb.”

The 500-millibar upper-level trough associated with the cold front and low pressure that brought last evening's thunderstorms will slowly move over the Valley today and Thursday with a chance for scattered showers and an isolated thunderstorm or two across the Valley this afternoon.
Our Sponsors END_OF_DOCUMENT_TOKEN_TO_BE_REPLACED