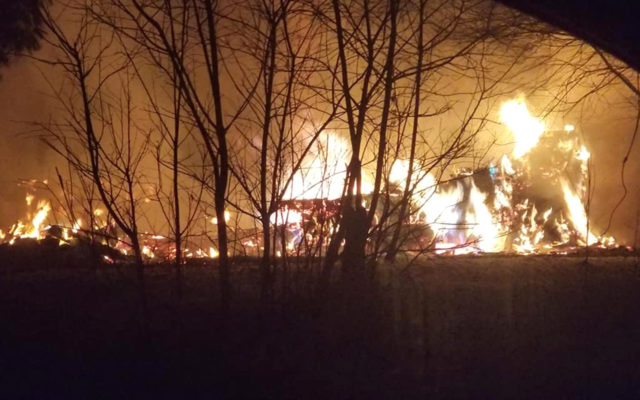 ALLAGASH, Maine — An uninhabited Allagash house was beyond saving by the time firefighters received an early morning call Monday reporting it was in flames, Allagash Fire Chief Sean Lizotte said.

A neighbor reported the fire at about 2 a.m., Lizotte said.

Seven volunteer firefighters responded to the call at 352 Dickey Road with both engines to find the structure fully engulfed in flames.

“When we got there the house had already collapsed on itself,” Lizotte said. “The fire was already quite advanced when we got there; there wasn’t a whole lot we could do.”

Nobody was living in the home at the time of the fire, Lizotte said, and no firefighters were injured battling the blaze.

The Maine State Fire Marshal’s office is investigating the cause of the fire.

The Allagash firefighters worked throughout the night to contain the fire to the home and cleared the scene at 8:30 a.m.

As election season winds down to its final stretch, candidates are raising money to fund their campaigns, hoping to prevail in the Nov. 3 election, which has already seen millions of Americans cast their ballots in early and absentee balloting.
Apex Weather END_OF_DOCUMENT_TOKEN_TO_BE_REPLACED

Low pressure that produced yesterday's Nor'easter will continue to move away from the region in the Maritimes. A large upper-level low associated with the system will move east across the region today.
Our Sponsors END_OF_DOCUMENT_TOKEN_TO_BE_REPLACED