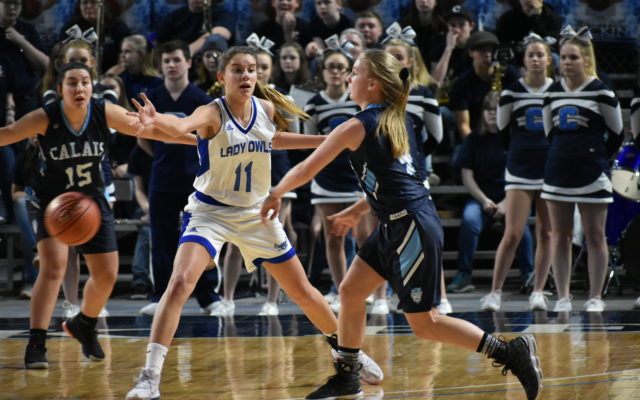 MADAWASKA, Maine — The Madawaska Middle/High School girls varsity basketball season is canceled this year due to lack of players and COVID-19 fears.

“We have had low numbers the last few years,” said Madawaska School Department Athletic Director Lynn Wetmore. “We had seven that were interested this year, but some have decided not to play because of the COVID situation and we needed to respect that.”

With only four girls confirmed for the start of the season Feb. 1, Madawaska officials said they had no choice but withdraw from the season.

Traditionally, if a team withdraws from a sport once the season has begun, that team must forfeit two years of eligibility in the Maine Principals’ Association for that particular sport. Wetmore said she did not think that would be the case with the Owls this year.

“They (MPA) have been pretty flexible for us,” Wetmore said. “Considering some of my players are not playing because of covid they would not penalize us for that

Two years ago Madawaska girls head coach Dean Gendreau led his team to a 14-4 regular season record that earned the club the No. 3 seed in the Class C North tournament. The Owls beat No. 14 Fort Kent, 57-33, in a prelim playoff, but then lost to No. 6 Calais 74-42 in the quarterfinals at the Cross Insurance Center in Bangor.

Last year, the team was significantly reduced with the loss of four seniors who graduated and two other players who chose not to return to the game. The Owls finished that season 4-14 and did not qualify for the playoffs.

The Aroostook League has adjusted an already shortened basketball schedule to account for the loss of Madawaska. The teams slated to play the Madawaska girls were Fort Kent, Van Buren, Central Aroostook and Fort Fairfield.

According to Van Buren Athletic Director Matt Rossignol, “We (Van Buren) picked up two games with Fort Kent. It presented a minor challenge, as we had to find common open dates, which we were eventually able to do.”

Mostly cloudy skies are expected across Fort Kent today. Clouds will thicken this afternoon as an area of low pressure quickly moves east from the Great Lakes and crosses Maine tonight then heads into the Maritimes Thursday morning.
Our Sponsors END_OF_DOCUMENT_TOKEN_TO_BE_REPLACED