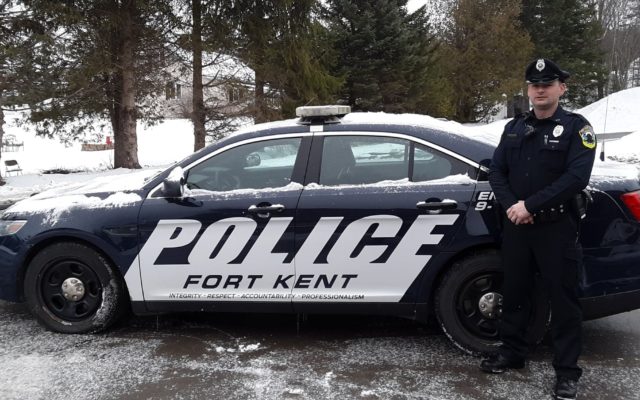 FORT KENT, Maine — The Fort Kent Police Department welcomes a new full-time police officer to the force, who brings with him military and law enforcement experience.

Daniel P. Shaw, 38, originally from Sanford, is a U.S. Marine Corps veteran who served two deployments, including a combat tour in Iraq, and has more than a decade of law enforcement experience.

After serving in the Marine Corps for eight years, Shaw joined the Kennebunk Police Department where he worked for five years.

“I missed the brotherhood structure of the military, and that’s what led me to law enforcement,” he said.

Shaw then spent another six years with the York County Sheriff’s Office as the sole police officer assigned to the towns of Acton and Shapleigh.

“A lot of my job was community policing,” Shaw said. “Not always is it police work; sometimes it’s problem solving, trying to help people with their problems and help them fix things without having to take them to jail or write a ticket.”

“We’re very excited to have Dan join our team,” Chief Pelletier said. “He comes to us as a military veteran with years of experience in law enforcement. He’ll surely help our team move forward in becoming more effective and efficient.”

Shaw and his wife Randalyn, 35, moved to Fort Kent after they purchased Camel Brook Camps on Violette Settlement in May 2020.

The couple has four young children, Tyler, 6, Sophia Rose, 5, and 3-year-old twins Landen and Lincoln, and wanted to raise them in the small town atmosphere the Fort Kent community offers.

“I love the area,” Officer Shaw said. “I vacationed up here snowmobiling.”

The family enjoys winter sports and other outdoor activities available in northern Maine.

The Shaws have also served as foster parents in Maine, and adopted Sophia Rose, who they began fostering when she was just 10 days old. They adopted son Tyler at birth through a private adoption.

Shaw said he relies on his strong Christian faith to guide him in making choices, including his decision to become a Fort Kent police officer.

“My relationship with God is very important to me,” Shaw said. “I try to be in his will and do what he wants me to do.”

“This is where I’m supposed to be,” he said.

Officer Shaw and his family live in Fort Kent with their German Shepherd dog, Bullet.

As election season winds down to its final stretch, candidates are raising money to fund their campaigns, hoping to prevail in the Nov. 3 election, which has already seen millions of Americans cast their ballots in early and absentee balloting.
Apex Weather END_OF_DOCUMENT_TOKEN_TO_BE_REPLACED

Low pressure that produced yesterday's Nor'easter will continue to move away from the region in the Maritimes. A large upper-level low associated with the system will move east across the region today.
Our Sponsors END_OF_DOCUMENT_TOKEN_TO_BE_REPLACED