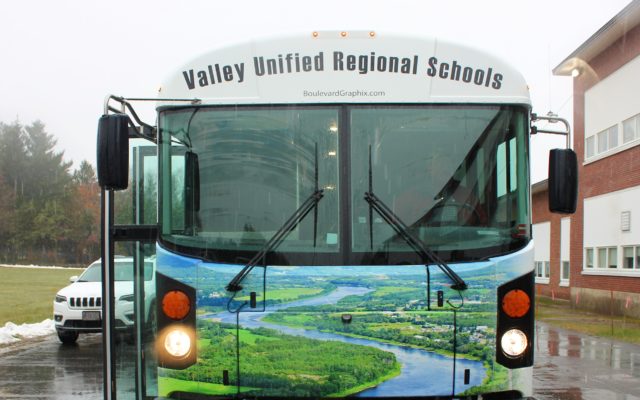 Jessica Potila, SJVT / FhF Staff Writer • January 13, 2021
The State Board of Education will not determine the fate of a proposed new regional school in the St. John Valley until at least February.

FORT KENT, Maine — The State Board of Education will not determine the fate of a proposed new regional school in the St. John Valley until at least February.

The Valley Unified partners were unable at a Dec. 21 mediation session to resolve their differences and agree to form the RSU,

At the heart of the impasse is the SAD 27 board’s opposition to the site selection process that resulted in a Frenchville lot being chosen for the location of the new school, and distribution of voting power on the Valley Unified board.

Under the current Valley Unified Interlocal Agreement in which SAD27 pays more than 50 percent of the bill (proportional to student population and valuation) but gets 33 percent of the vote, the majority of any costs would be covered by SAD 27 communities.

Following the mediation session, school boards for SAD 33 and Madawaska School Department sent letters to the Maine Department of Education requesting it extend the deadline.

In a Jan. 1 letter addressed to district residents, the SAD 33 board expressed its feelings regarding the failed mediation effort.

“The Site Selection Committee was comprised of a non-biased representation of 17 diverse individuals representing all communities, which consisted of town and business leadership, post-secondary leadership,and primary/secondary school leadership,” the board wrote. “Unfortunately, MSAD 27 has remained unwilling to discuss any compromise; short of a full overhaul and redo of the already completed site selection process.”
The Madawaska School Department committee wrote a Jan. 4 letter addressed to residents of the town regarding the mediation process.
“The Madawaska School Committee has made concessions along the way in the interests of furtherance of the regional school project, such as agreeing to take two possible school sites in Madawaska off the site selection list and agreeing to include grades 7-8 in the new school; these concessions advance the larger goal of realizing a new regional school for the three school units,” the letter reads. “Ultimately, it is all about what is in the best interests of the students.”
In a post-mediation letter to district residents, the SAD 27 Board said the Frenchville site was selected because it was politically expedient.
“The proposed site does not even meet the state’s own guidelines about preference given to the site that results in the minimum travel distance for the maximum number of students, the proximity to water/sewer facilities, proximity to essential services, or on-site and off-site costs,” the board said.
The SAD 27 board pointed out that the potential award from the state to build the new regional school would have been up to $100 million, and that amount was not guaranteed.
“It is delusional to think that there will not be additional costs borne by the local taxpayers,” the SAD 27 board wrote.

At a Wednesday, Jan. 13, workshop session of the State Board of Education,
Chairman Wilson Hess said the board would decide the fate of the proposed St. John Valley regional school at their February meeting.

Hess offered little else in the way of discussion regarding the Valley Unified citation other than to acknowledge the difficulties the project partners have faced.

“This has been a very divisive time up there as they’ve tried to move forward with this,” Hess said.

A weak disturbance will drop down from the northwest tonight triggering some snow showers across Fort Kent and vicinity as it moves through with no significant accumulation expected.
Our Sponsors END_OF_DOCUMENT_TOKEN_TO_BE_REPLACED