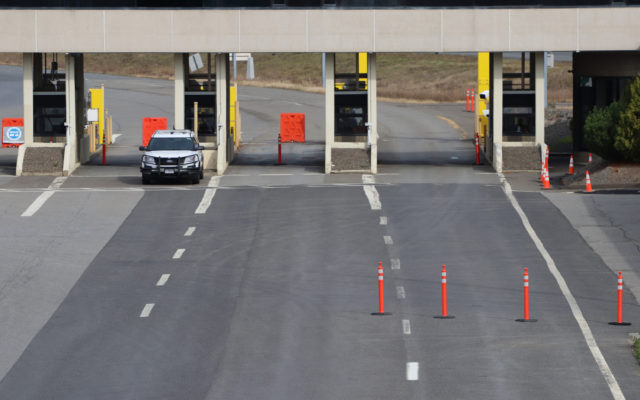 Alexander MacDougall • January 12, 2021
A Hamlin man has pleaded guilty in federal court to crossing the U.S.-Canada border into Maine on a snowmobile while carrying more than 50 grams of methamphetamine, according to a court filing on Jan. 12.

HOULTON, Maine — A Hamlin man has pleaded guilty in federal court to crossing the U.S.-Canada border into Maine on a snowmobile while carrying more than 50 grams of methamphetamine, according to a court filing on Jan. 12.

Lance Labreck, 25, was stopped by Border Patrol agent Ashley Marsh after crossing the border between the United States and Canada near Van Buren in Aroostook County on Nov. 19, 2019. Labreck originally told the agent he was taking his snowmobile out for a test drive.

Labreck soon became visibly irritated during that stop, and after repeatedly asking to leave, additional Border Patrol agents and an officer from the Fort Fairfield Police Department also arrived on the scene, according to court documents. Labreck then told police that he had crossed the border into Canada, though he claimed he had only done so accidentally, according to court documents.

Border Patrol agents searched Labreck and reportedly found a small package wrapped in black electrical tape in Labreck’s coat pocket. After initially claiming it was a battery, Labreck admitted it was methamphetamine.

According to the prosecution’s version of the crime, the package was discovered to consist more precisely of around 55 grams of 100 percent pure crystal methamphetamine. Agents also found marijuana and drug paraphernalia in Labreck’s pockets, and an empty rifle magazine and shotgun shells in his backpack.

Labreck was arrested for illegal importation of 50 grams or more of methamphetamine.

Labreck has been held without bail since February 2020 and faces at least 10 years in prison, the mandatory minimum for bringing in more than 50 grams of meth into the country. He will be sentenced after the completion of a presentence investigation report by the U.S. Probation Office.

High pressure brings partly cloudy skies and mostly dry conditions today into tonight. Mostly cloudy skies are expected Thursday as an upper-level low drops down from the north/northwest with a slight chance for snow showers Friday night.
Our Sponsors END_OF_DOCUMENT_TOKEN_TO_BE_REPLACED