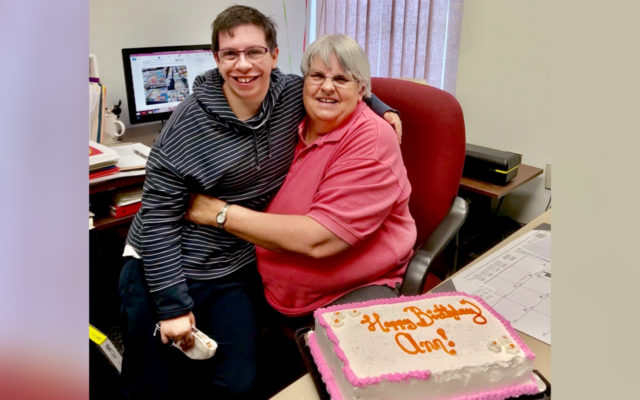 Newly retired Fort Kent rec director was ‘all about the kids’

Beaulieu, 65, retired Dec. 31 after 21 years of service to the greater Fort Kent community.

Prior to that she was recreation director in Madawaska for 10 years, and in two posts in Vermont for a total of 42 years of public service.

Award-winning Fort Kent Community High School girls soccer coach Doug Cyr, who is originally from Madawaska, worked under Beaulieu in that town’s recreation department when he was a high school student there.

He has since become a parent of two daughters who participated in the Fort Kent rec department for which he volunteered as a coach while Beaulieu was director.

“Ann is very humble and she’s very proud in what she does,” Cyr said. “She’s stayed out of the limelight. She lets the kids have their moments — it’s all about the kids.”

Among the kids who have participated in Fort Kent rec programs during Beaulieu’s tenure as director is Sophie Saunders, who was born with Williams Syndrome, which presents Sophie with intellectual disabilities.

As Sophie matured, Beaulieu brought her on as a member of the summer rec staff where the young lady helped take care of recreation equipment, marked attendance of registered rec students and learned first aid.

“It was a marvelous experience for Sophie as well as for myself,” Beaulieu said. “It was great to see her being able to do so many things that some people felt she was limited and not able to do. She was certainly more capable than anyone was able to visualize.”

Beaulieu attended Sophie’s graduation party and has become close to the Saunders family throughout the years.

Ma Tante is the French translation of the English words “my aunt.”

Gabrielle “Gabby” Martin is another student who benefited from Beaulieu’s tutelage as both a rec department participant and later an employee of the program.

The Maine Soccer Coaches organization named Martin as Class C Player of the Year for the 2020 season. Martin also earned All Aroostook recognition all four years of high school, was named All State for three of those years, All New England her senior year and earned a 2020 Butch Shaw Award.

“Ann has impacted my life greatly as she gave me my first job,” Martin said. “I love how she has such a caring heart for the children of this community. She has put in many years trying to make them all have the best summers.”

Whether it be students participating in the rec programs or those she hired as teens to help administer the program, Beaulieu said her aim remained consistent throughout the years.

“My goal was always for them to have a strong foundation, work ethic, their love for other people and a kind attitude,” Beaulieu said.

Fort Kent Town Manager Suzie Paradis is a parent of three children who participated in the Fort Kent Recreation programs during Beaulieu’s tenure as director.

Paradis said that as well as administering top notch rec programs, Beaulieu also spent countless hours not seen by the general public dedicated to upkeep of town facilities such as the Lions Pavilion, RV Park, Jalbert Park, the pool and other fields and parks.

Beaulieu has put her Fort Kent home on the market and plans to return to the 75-acre family estate in St. David where she grew up.

The site includes 15 campsites, three ponds stocked with fish and plenty of room for snowmobilers to ride.

Beaulieu plans in retirement to develop the family land into a business with updated amenities to attract outdoor enthusiasts.

“It is what I know best. My first love has always been the out of doors,” she said.

Canadian high pressure building down from the northwest sends us some more frigid air for the late week period.
Crown Politics END_OF_DOCUMENT_TOKEN_TO_BE_REPLACED

Three candidates are vying for two seats on the Fort Kent Town Council. Voters will decide which of the three -- Corey Pelletier, Brandon Dayton or Andrew Caron -- will get a seat during the town’s annual election on Monday, March 22.
Our Sponsors END_OF_DOCUMENT_TOKEN_TO_BE_REPLACED