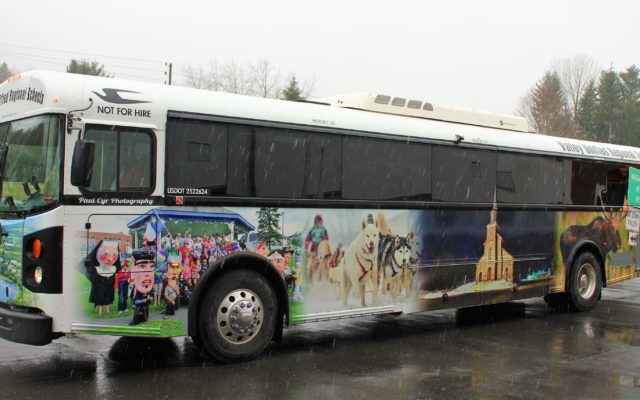 Jessica Potila, SJVT / FhF Staff Writer • December 30, 2020
The school administrative units comprising Valley Unified Education Service Center did not reach consensus in mediation on Dec. 21, all but ensuring the collapse of plans to build a new regional school in the St. John Valley.

FORT KENT, Maine — The school administrative units comprising Valley Unified Education Service Center did not reach consensus in mediation on Dec. 21, all but ensuring the collapse of plans to build a new regional school in the St. John Valley.

The Valley Unified partners — SAD 27 (which includes Fort Kent), SAD 33 (which includes Frenchville) and Madawaska School Department — face a Dec. 31 deadline to agree in writing to form an RSU or lose a potential $100 million in state funding to build the grades 7-12 school, Education Commissioner Pender Makin told the group in the fall.

A site selection process that resulted in a Frenchville lot being chosen for the location of the new school, and distribution of voting power on the Valley Unified regional school’s board are at issue with the project partners.

SAD 27 board member Toby Jandreau confirmed Tuesday morning that the school administrative units did not resolve their differences at Monday’s mediation session.

The three school administrative units started talks in 2015 to find a solution to combat steadily declining enrollment in St. John Valley schools. Valley Unified was selected for the state project in the fall of 2018.

SAD 27 Board of Directors issued a statement Tuesday morning regarding the results of Monday’s mediation session.

“Our position is that site selection was flawed and will be incredibly costly in terms of building and operational costs, the outlying communities deserve to be a part of the discussion about the future of the region, and we deserve a vote proportional to our financial contribution,” the board said.

The Frenchville site was selected because it was “politically expedient,” it said.

“The proposed site does not even meet the state’s own guidelines about  preference given to the site that results in the minimum travel distance for the maximum number of students, the proximity to water/sewer facilities, proximity to essential services, or on-site and off-site costs,” the board said.

The SAD 27 board pointed out that the potential award from the state to build the new regional school would have been “up to $100,000,000,” and that amount was not guaranteed.

“It is delusional to think that there will not be additional costs borne by the local taxpayers,” the SAD 27 board wrote.

Under the current Valley Unified Interlocal Agreement in which SAD27 pays more than 50 percent of the bill (proportional to student population and valuation) and only gets 33 percent of the vote, the majority of any costs would be covered by SAD 27 communities.

The SAD 27 board added that even if a new school were to be built, the current school buildings in each town would become vacant and still need to be maintained or disposed of at taxpayer expense.

The SAD 27 board also noted that the tuitioning communities of Winterville, Eagle Lake and St. Francis were not considered in the regionalization process.

“Keep in mind that there are more tuitioning students in SAD 27 than there are living in the town of Frenchville,” the board said. “They are impacted by the outcomes of our decisions, the same as our own students and we are adamant that they need to be at the table when discussing the future of their students.”

The SAD 27 board said the decision to form the RSU was not theirs alone.

“The other two boards could have given a little, but they chose not to, instead denigrating our board and threatening boycotts of our local businesses,” it wrote.

SAD 27 board member Toby Jandreau said Tuesday that the board stood its ground based on facts and logic, despite some social media movements criticizing the board for its stance.

“To say that we are bitter, or not compassionate to the thoughts and feelings of those who are/were fighting for this new school is 100% inaccurate,” the SAD 27 board wrote.

“We understand the emotion of it, but it does not outweigh the logic and data that says this is not what’s best for our communities and our students.”

Madawaska School Department board member Tammy Cote said the mediation session was “shorter than expected,” and that site selection proved the sticking point that prevented the partners from agreeing to form an RSU.

“The Madawaska School Committee voted unanimously that site selection was non-negotiable,” she said.

Cote pointed out that the vote for the Frenchville site was unanimous, including representatives of SAD 27.

“That means that every person voted in favor of the site; there was not even one abstention,” she said.

“The school project did not succeed because what began as a team effort eventually became a competition,” Cote said. “What began as something for the greater good of our Valley quickly deteriorated into a political struggle over power, control and territory by one of its team players.”

Superintendent Ben Sirois said he has not heard of any inquiries from any of the representatives from the school boards to have further discussions.

“At this time, we are waiting to see what the State Board of Education will determine by the Dec. 31 deadline,” he said.

Low pressure over the Upper Mississippi Valley will move across the Great Lakes tonight and track towards James Bay in Canada Thursday drawing a strong cold front east towards the SJV.
Our Sponsors END_OF_DOCUMENT_TOKEN_TO_BE_REPLACED