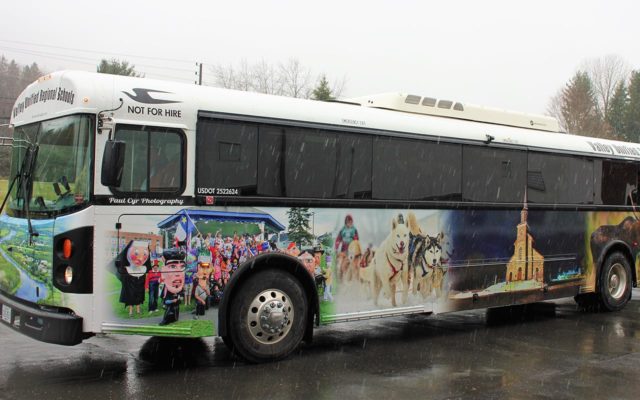 Jessica Potila, SJVT / FhF Staff Writer • December 9, 2020
With a state-imposed deadline looming that could end a multi-year project if it isn't met, Valley Unified Education Service Center partners will enter mediation on Dec. 21 to try and settle their differences over a proposed new regional school.

FORT KENT, Maine — With a state-imposed deadline looming that could end a multi-year project if it isn’t met, Valley Unified Education Service Center partners will enter mediation on Dec. 21 to try and settle their differences over a proposed new regional school.

The three Valley Unified school administrative units — Madawaska School Department, MSAD33, and MSAD27 have until Dec. 31 to sign an intent to form an RSU, per Maine Department of Education Commissioner Pender Makin, or face losing up to $100 million in state funding for construction of a regional school building should the school consolidation process obtain final approval from the DOE.
.
“The Valley Unified partners are undergoing this process in an effort to work out any issues that may be preventing any one of the districts from moving forward with the RSU formation plans,” according to a Dec. 9 letter issued by Valley Unified Executive Director Ben Sirois, who is also superintendent of all three school administrative units. “If an agreement is not reached by that time, the project will be terminated.”

Representatives for the three school administrative units attended a Think Tank meeting in October, but failed to reach consensus regarding the site of a proposed new regional school and whether to form an RSU.

A site selection committee chose a Frenchville parcel as the location for the school. But members of the SAD 27 board disputed the fairness of the site selection process, and a group of Fort Kent residents in January filed a complaint in Aroostook County Superior Court in Caribou asking a judge to put a temporary stop to the school consolidation process.

The plaintiffs, Valley United Concerned Citizens, through their attorney Luke Rossignol, cited issues with the site selection process, namely that the matrix changed during the process in a way that favored the Frenchville site over one in Fort Kent; that the VU board included administrators from each of the three school administrative units who combined to form Valley Unified; and that several members of the site selection committee felt pressured to vote in favor of the Frenchville site.

Also at issue with the partners has been distribution of voting power on the Valley Unified board. Based on a 2018 interlocal agreement entered into by all three school units, SAD 27 holds a third of the votes on the VU board, but is responsible for at least 50 percent of the Valley Unified budget, with that percentage expected to grow in the coming years.

The mediation will not be held in public session, according to Sirois. But the three school administrative units will hold public meetings of their boards in the next week, all of which will be open to the public.

All of these meetings can be viewed online at https://bit.ly/MrSiroisYouTube

The Valley Unified board of directors will hold its next meeting at 6 p.m. on Monday, Jan. 4, at Madawaska Middle/High School.

A weak disturbance will drop down from the northwest tonight triggering some snow showers across Fort Kent and vicinity as it moves through with no significant accumulation expected.
Our Sponsors END_OF_DOCUMENT_TOKEN_TO_BE_REPLACED