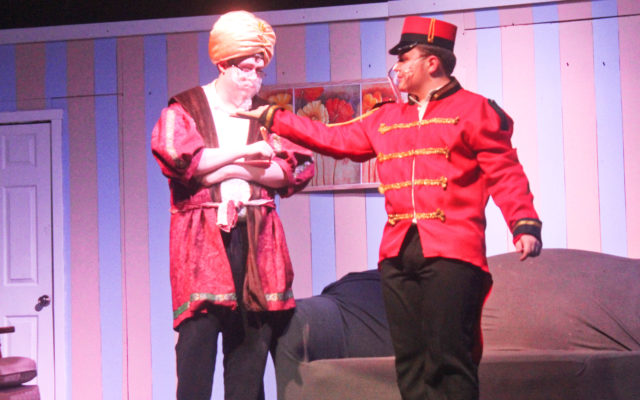 FORT KENT, Maine — With limited seating available for in-person performances due to COVID-19 regulations, the closing night production of the high-school play “Doom Service” was broadcast live by a local TV station.

“I was really happy; I thought it looked good,” Clapp said. “The actors had their characters really well developed.”

The play ran Thursday, Dec. 3, through Saturday, Dec. 5, at the Fort Kent Community High School cafeteria, and sold out all 35 tickets available each night.

Seating at the cafeteria was arranged to comply with social distancing requirements and audience members all wore masks.

Chaz Pelletier of WFKTV Channel 4 live-streamed the Saturday performance for a fee of $5 to benefit the drama club, and help compensate for lower ticket sales imposed by the pandemic regulations.

Viewers from as far away as Arizona, New Jersey and Texas chimed in on the Channel 4 Facebook page to announce they were watching the event.

“It was Chaz’s idea and he put it all together,” Clapp said of the live broadcast.

The actors wore special safety masks, which they also wore throughout rehearsals. The clear plastic masks allowed the audience to see the actors’ facial expressions during the performances.

Clapp said he feels the masks did not hinder the actors during the live shows.

“I think we did alright with the masks,” Clapp said.

“The clear mask that we used we had to get used to, but I stopped noticing mine after a few times,” Caron said.

Caron said he began acting last year during a Fort Kent production of “The Guest From Ambition,” and his drama experience has encouraged him in pursuing future goals.

“I actually wanted to become a voice actor,” Caron said. “I had always thought about it but didn’t think I could do it, but since I started acting in the plays it’s given me enough confidence to work at it.”

Fort Kent eighth-grader Halle Michaud, Caron’s cousin and the youngest performer in the play, began acting when she participated in a Clapp production of the musical “Annie.”

“I can be a different person,” Michaud said. It’s thrilling. I love everything about it. I love acting, singing, dancing and feeling so loved by everyone. It’s truly amazing.”

Michaud said she plans to continue acting in theater every chance she gets.

“I’ll participate in any stage plays they have around the area,” Michaud said.

The final performance of ‘Doom Service’ came just one day before SAD 27 announced it would move to a remote learning model for the rest of 2020 due to an outbreak  of COVID-19 at a local business. 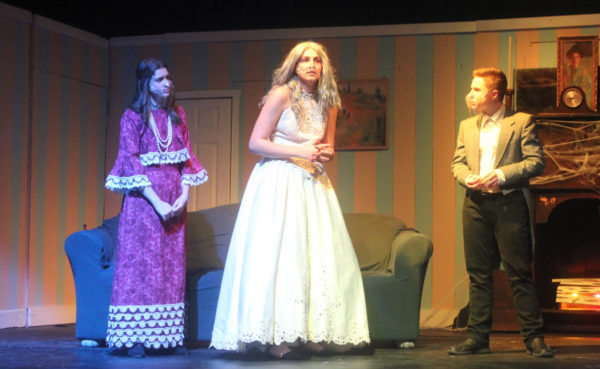 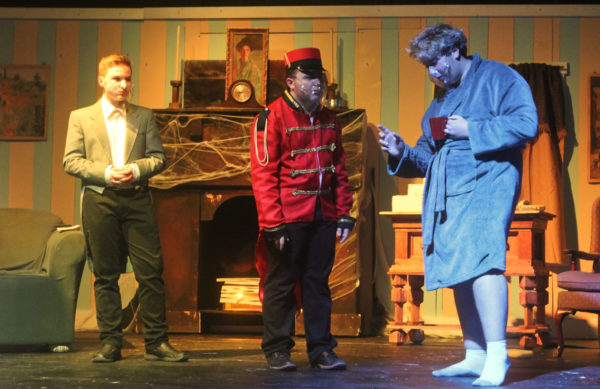 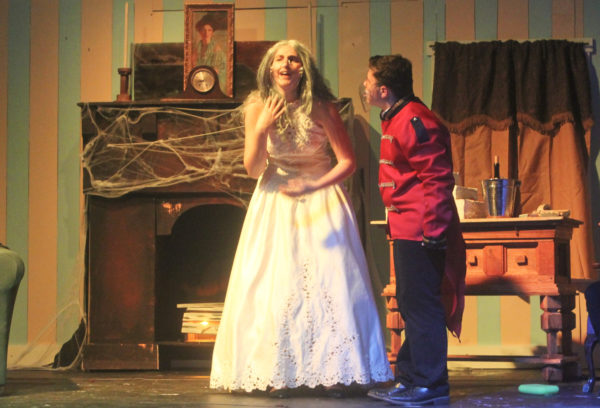 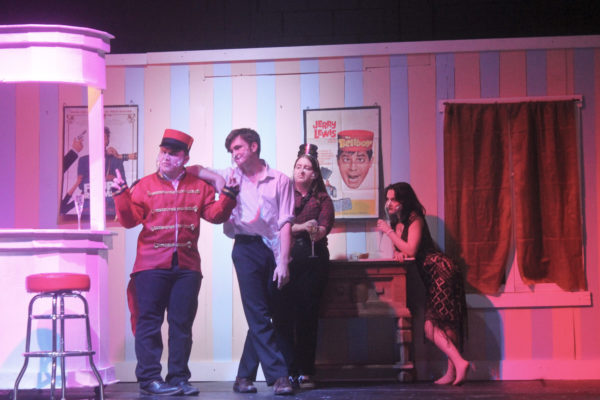 As election season winds down to its final stretch, candidates are raising money to fund their campaigns, hoping to prevail in the Nov. 3 election, which has already seen millions of Americans cast their ballots in early and absentee balloting.
Apex Weather END_OF_DOCUMENT_TOKEN_TO_BE_REPLACED